An old start/stop project started again in the usual hope of making the finish line, sort of, as much as one can finish a project with so many options.
So, while I have a rough idea for the makeup of the army that tends towards my idea of quality, it will also include options for quantity because I don't really know what works best against which enemy. Since it's going to end up being a force pool to draw on rather than a set army, I'll also make as much of it usable for other armies (such as my Babylonians) as possible. 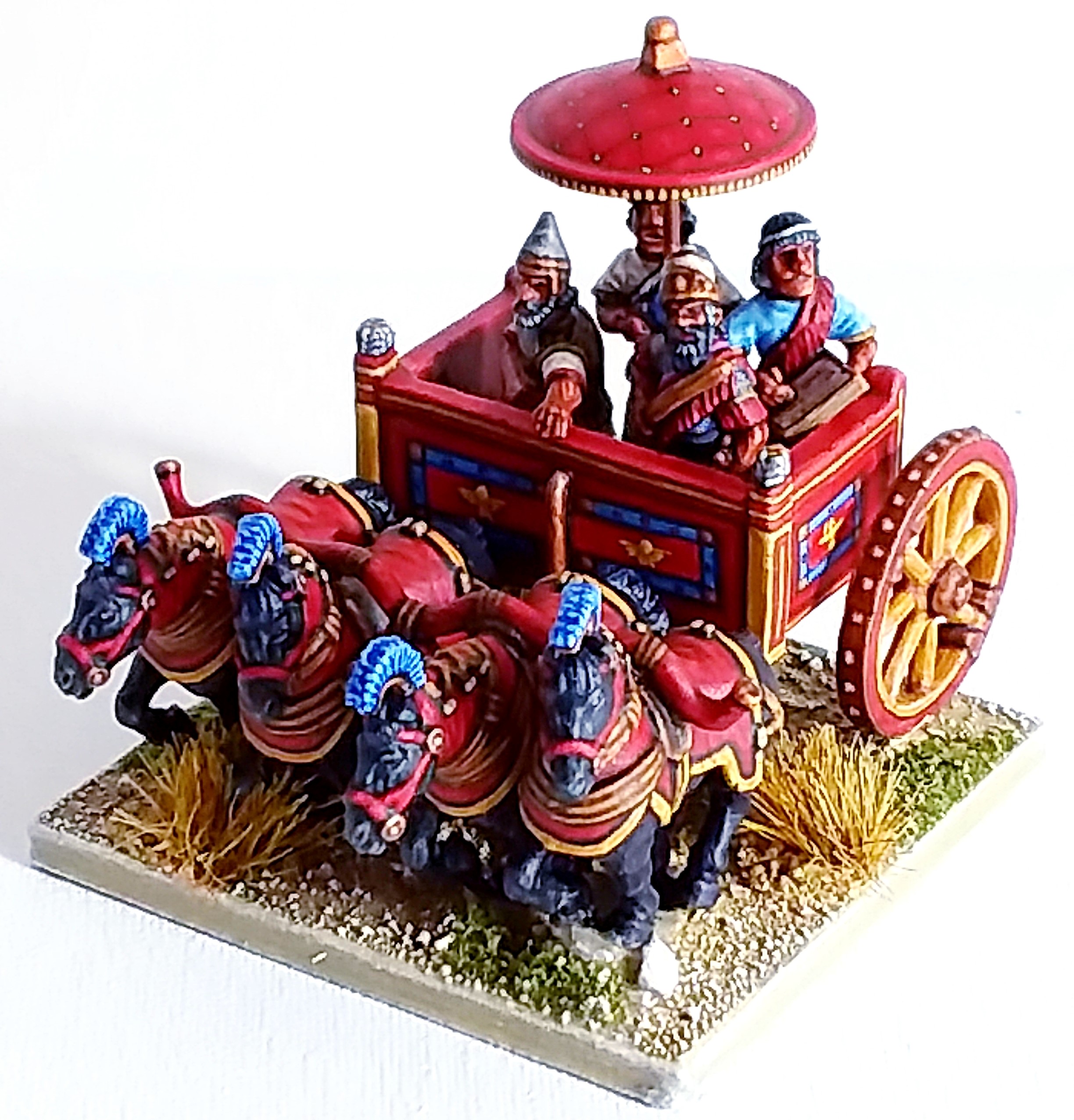 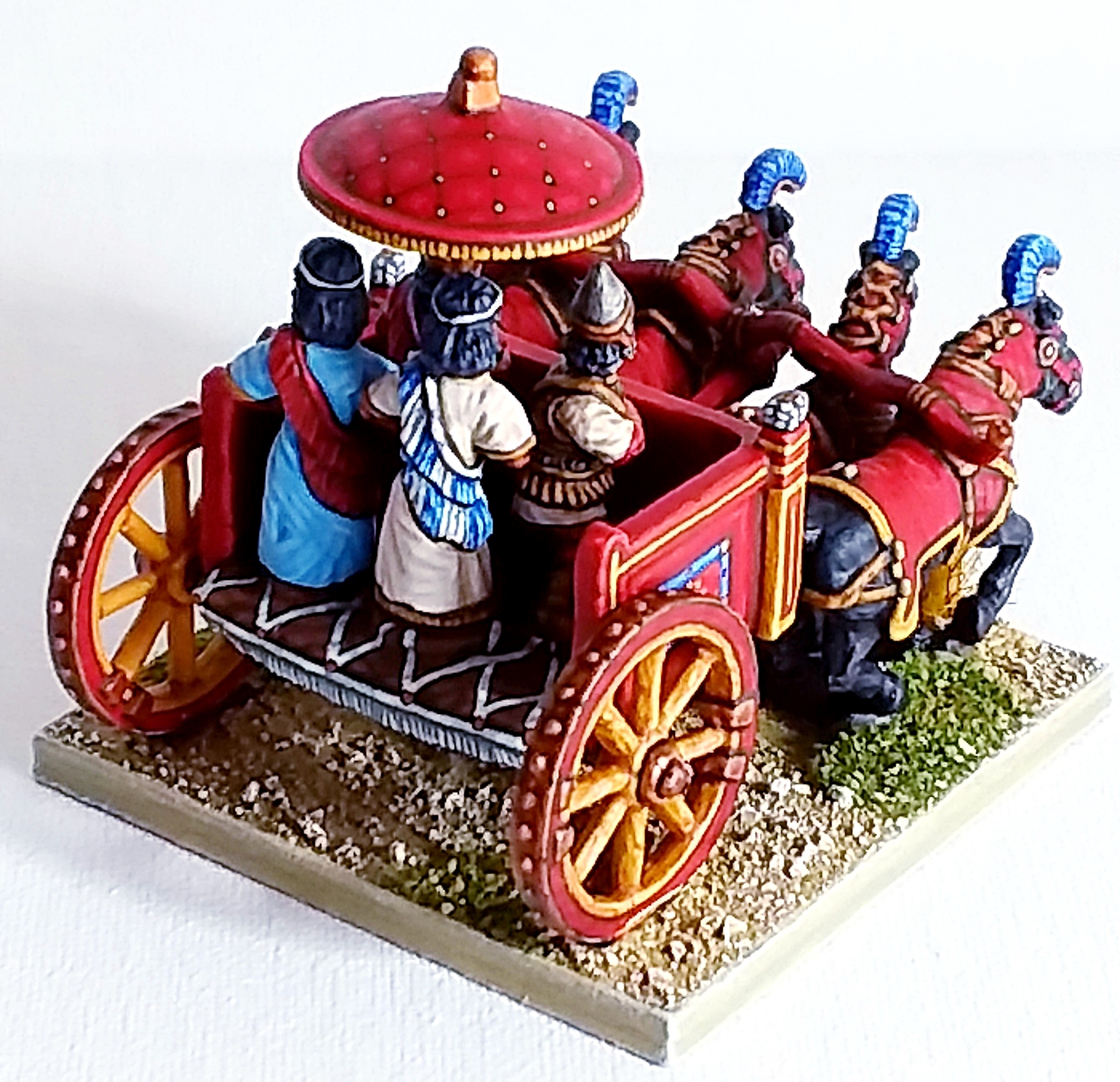 I've made these before and they're too big for the base. I've shortened the draught-pole as much as possible pushing the rear of the horses right up against the front of the cab. It still overhangs the base but much more comfortable with the result than previous efforts.
Top 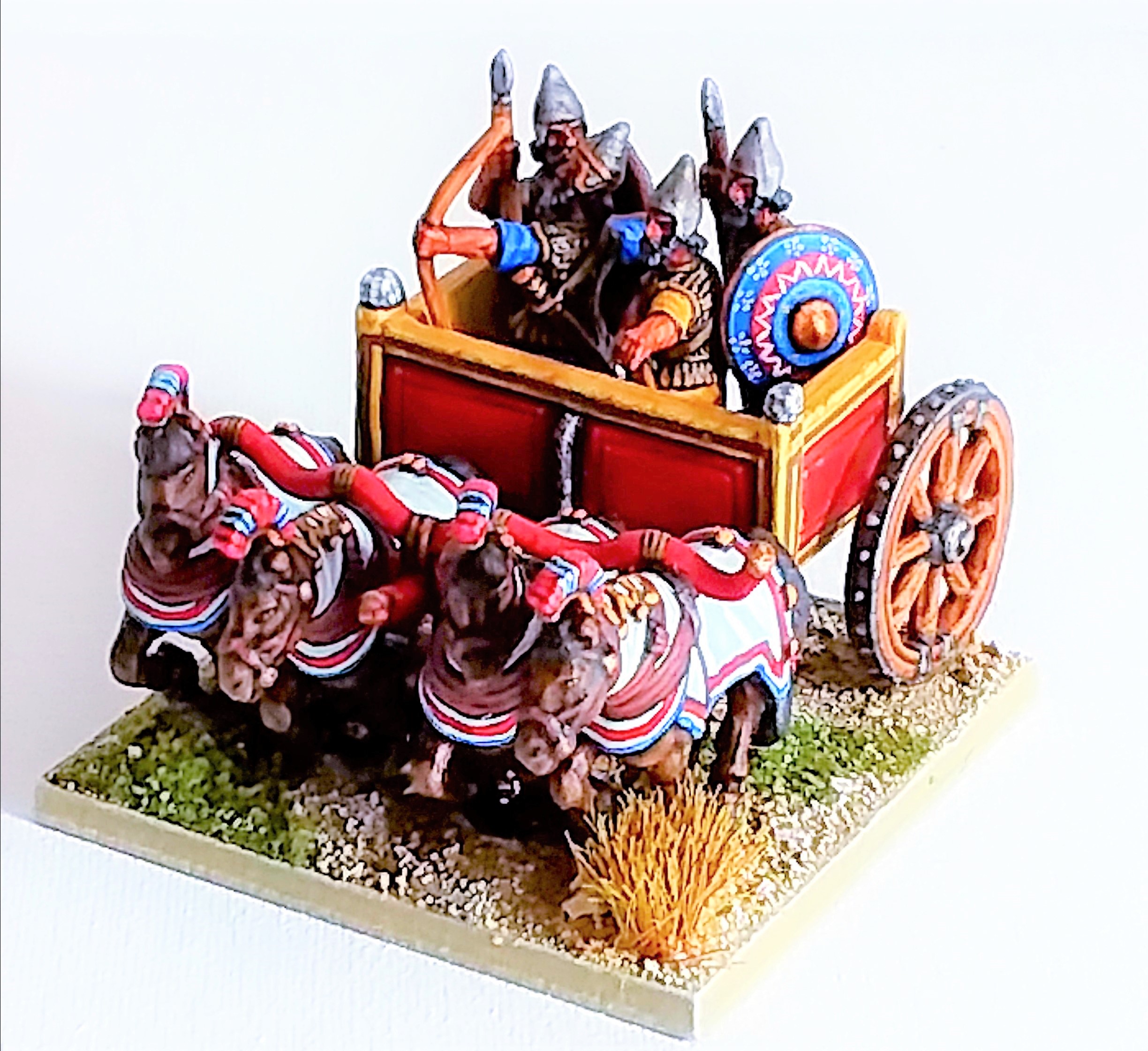 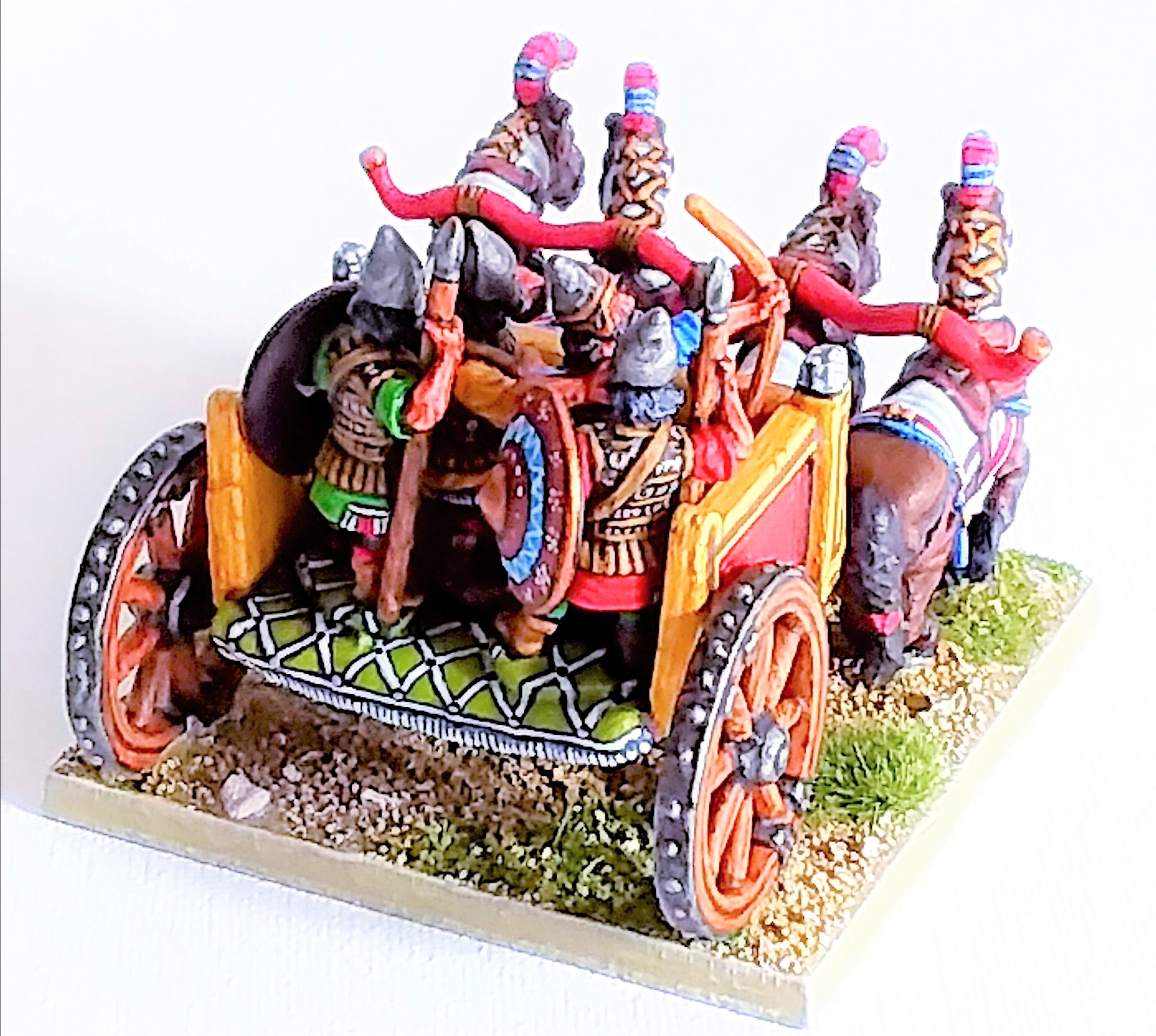 This is an old Neo-Babylonian chariot I had which I have painfully pulled apart modified, as above, and put back together with a new Assyrian crew. Much damage, many repairs and a lot of painting over former work to bring it up to standard.
Top 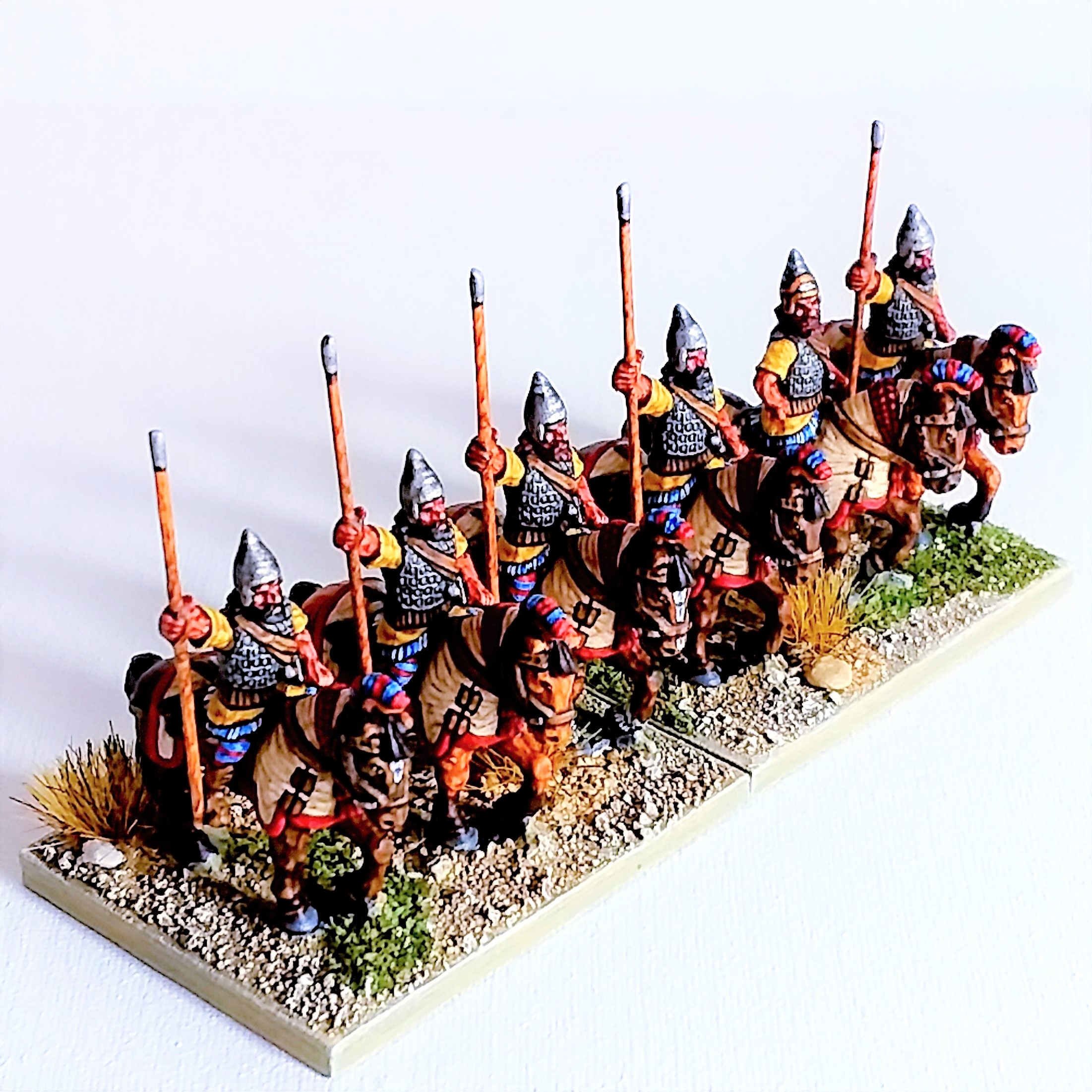 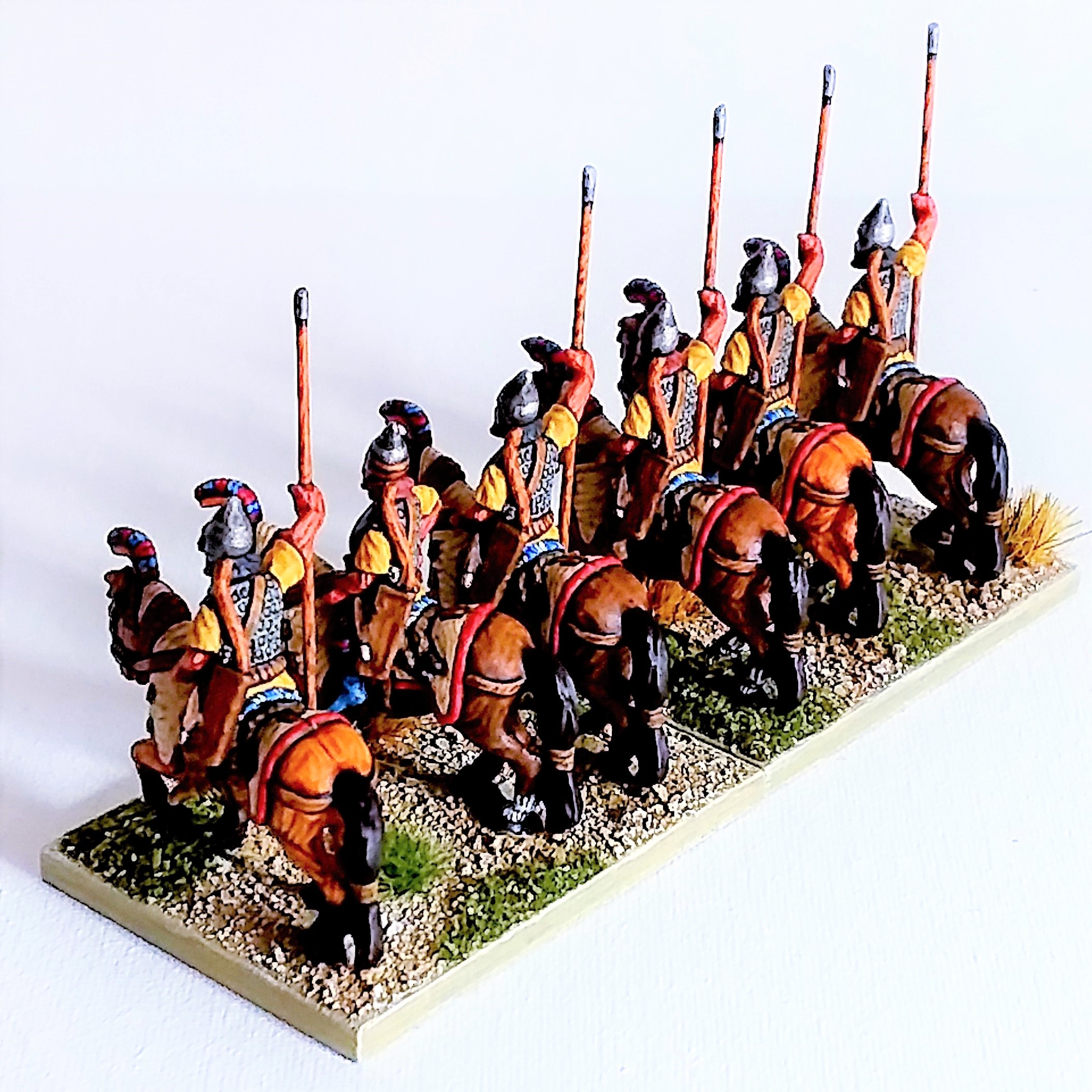 I was trying to use the natural light when I took these photos but it progressively became worse as I continued, so they get a bit darkish from here. 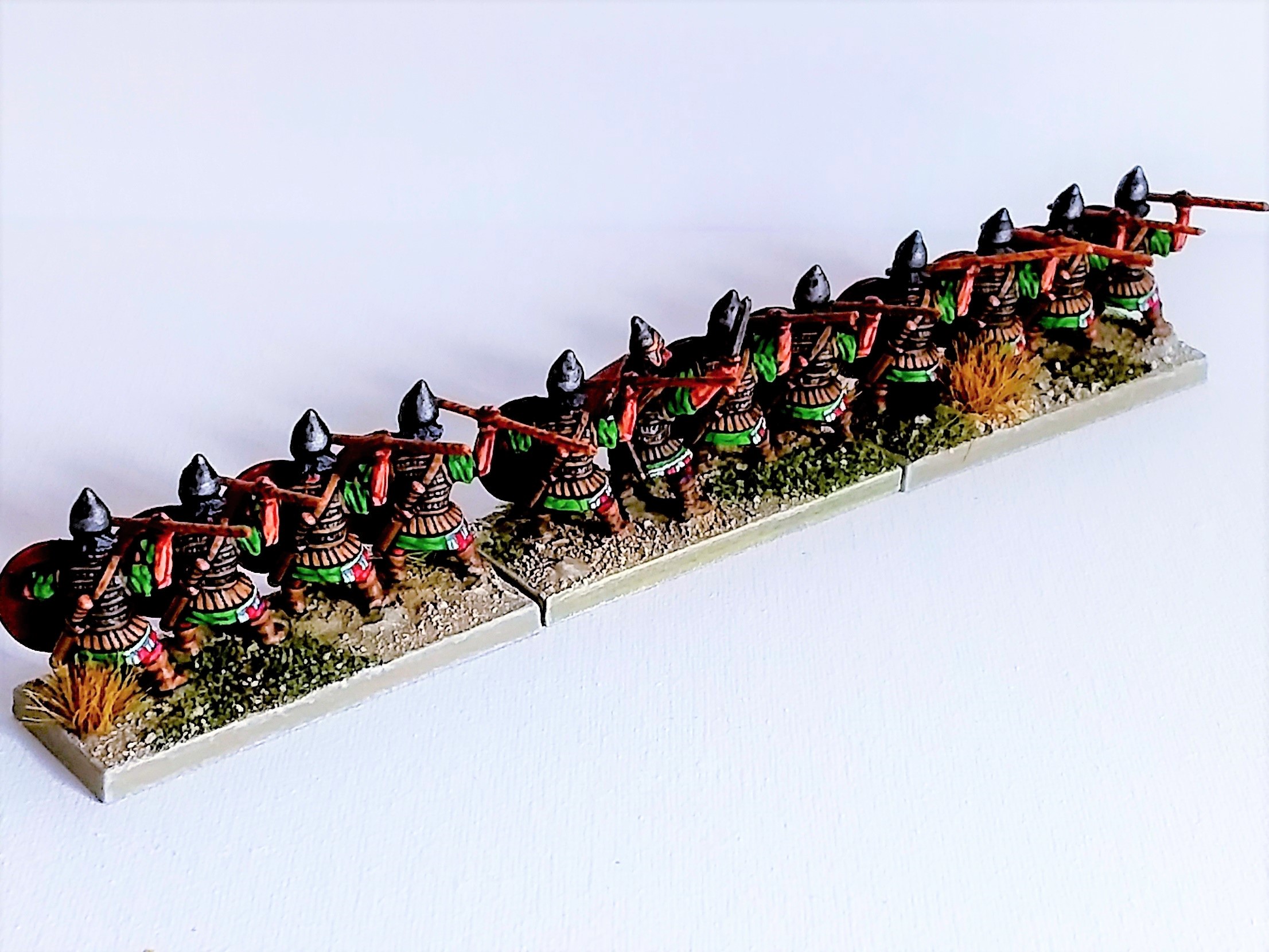 I had two elements from a previous start so, of course, I had to add another to max it out.
Top 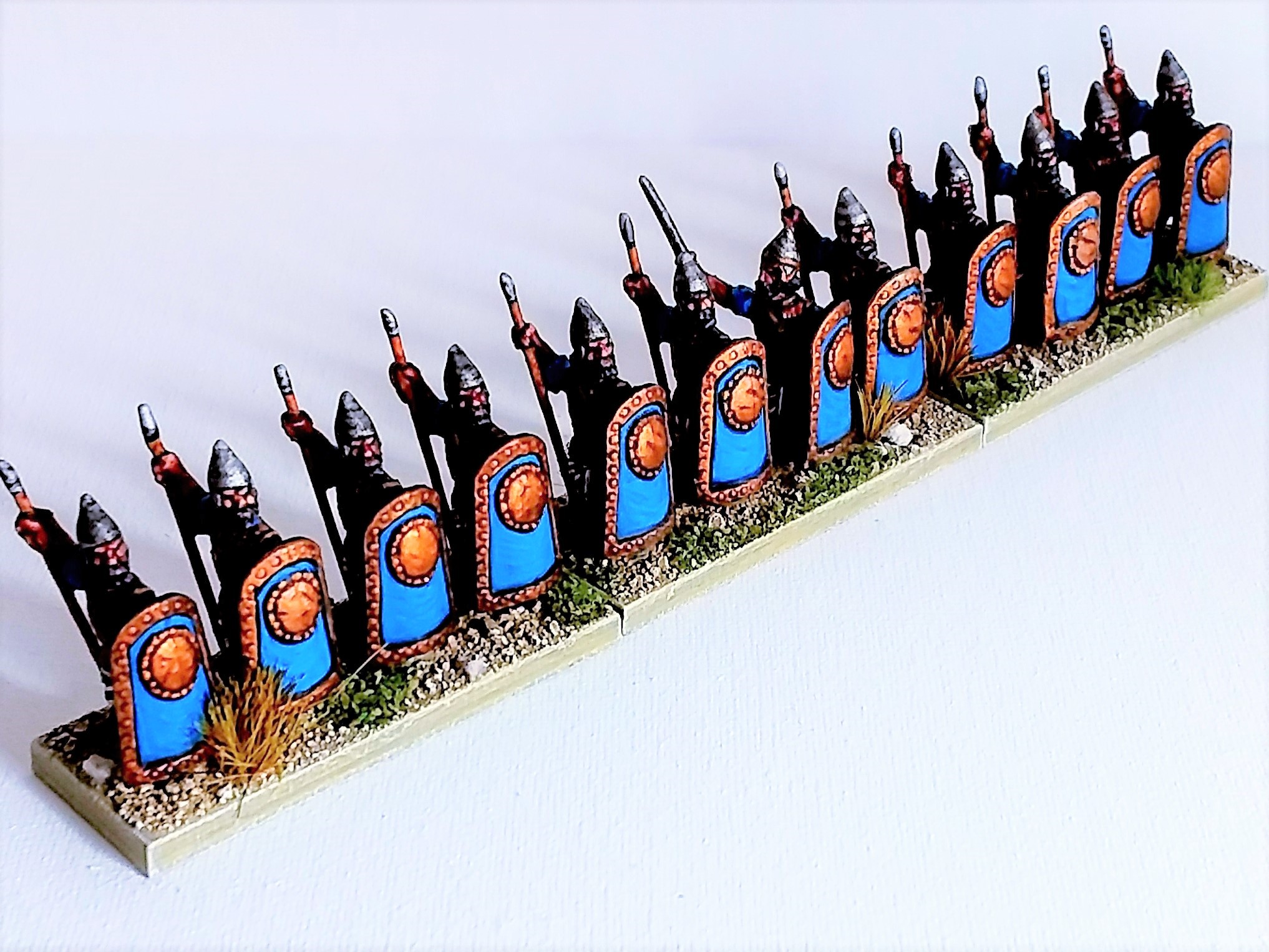 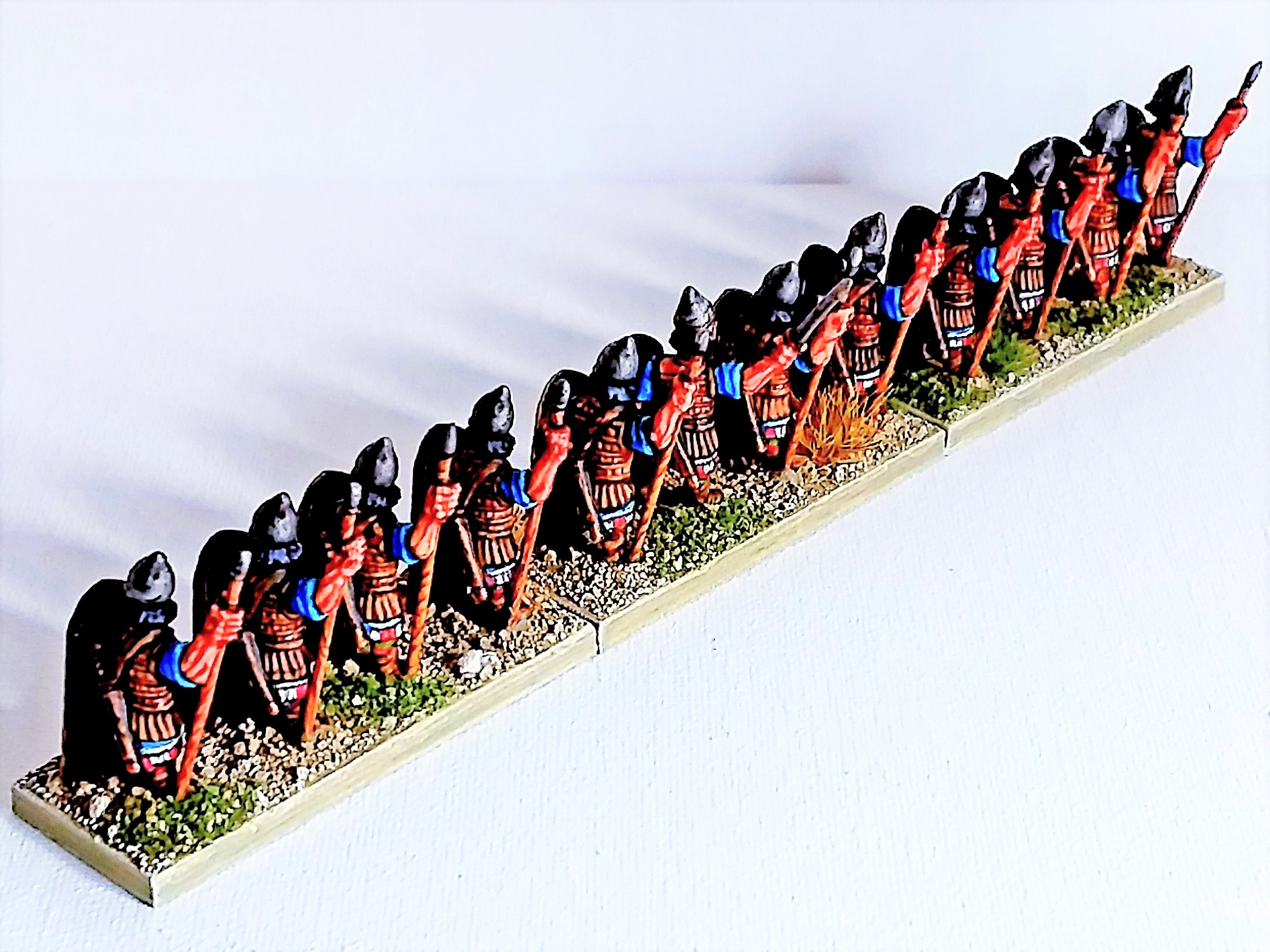 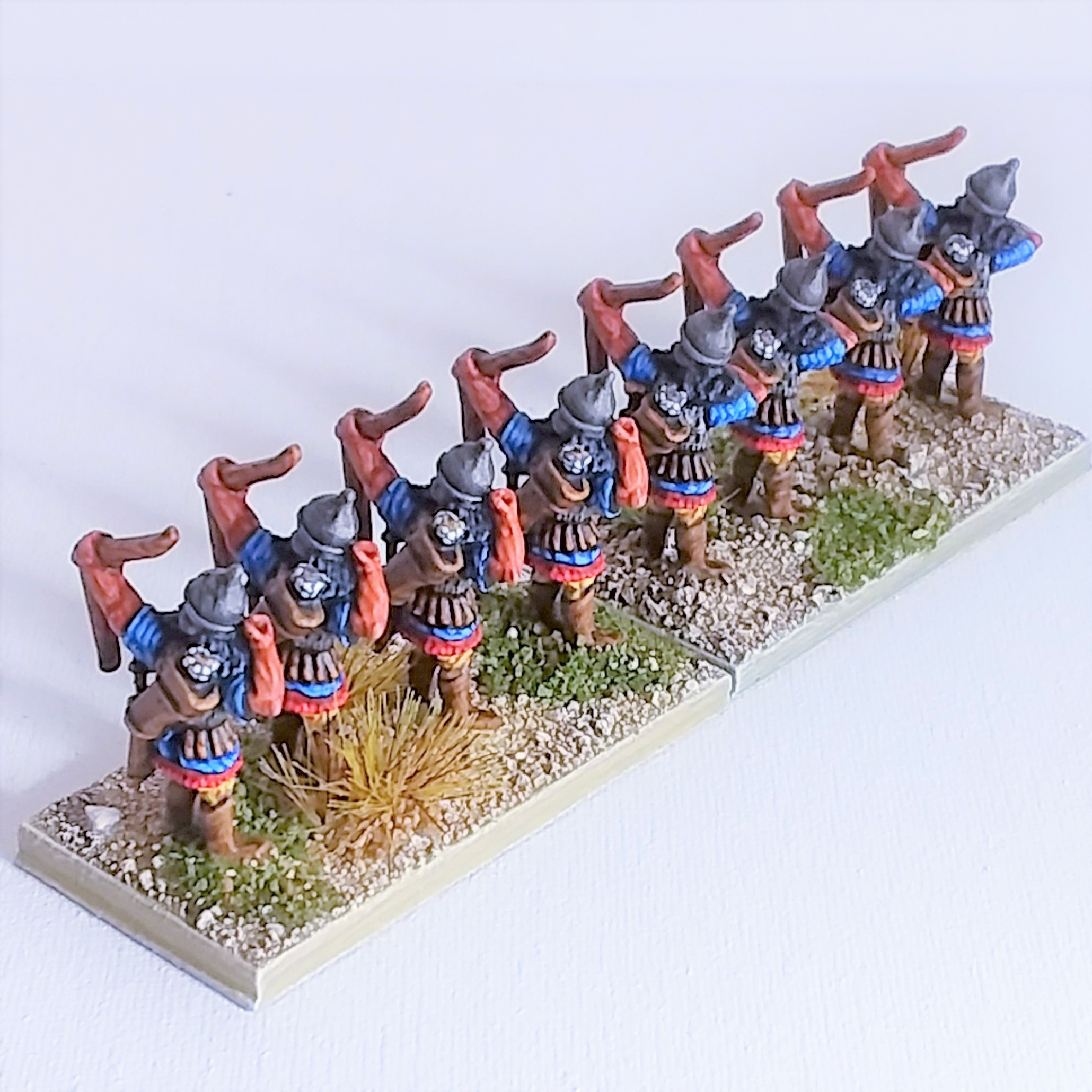 Not sure about these now, they have extra large Bushranger beards and are maybe a little too different to the rest, may replace them at some stage with something else. Essex Assyrians, Egyptians, Kushites, Elamites, lots of choices that are suitable for the Archer slot. 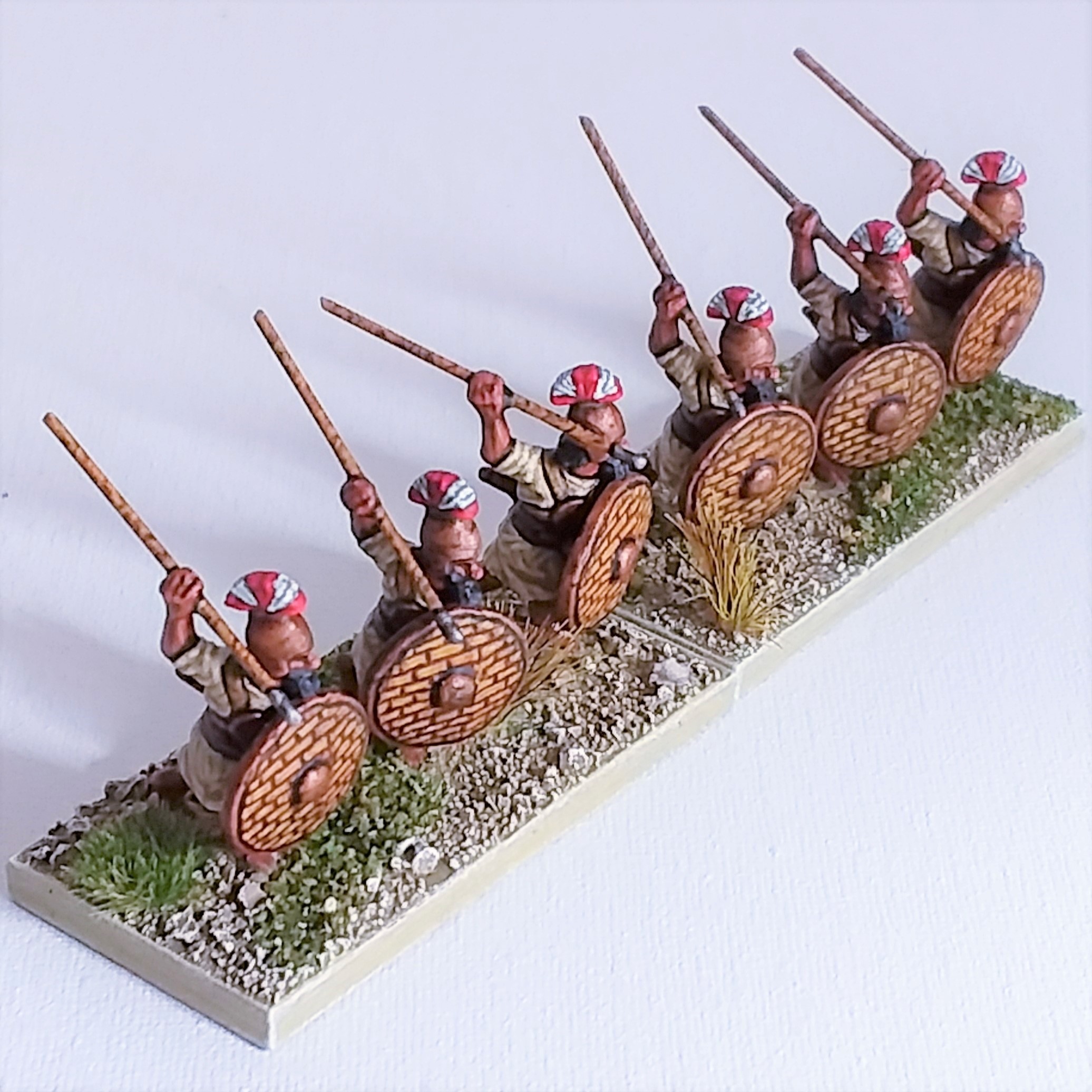 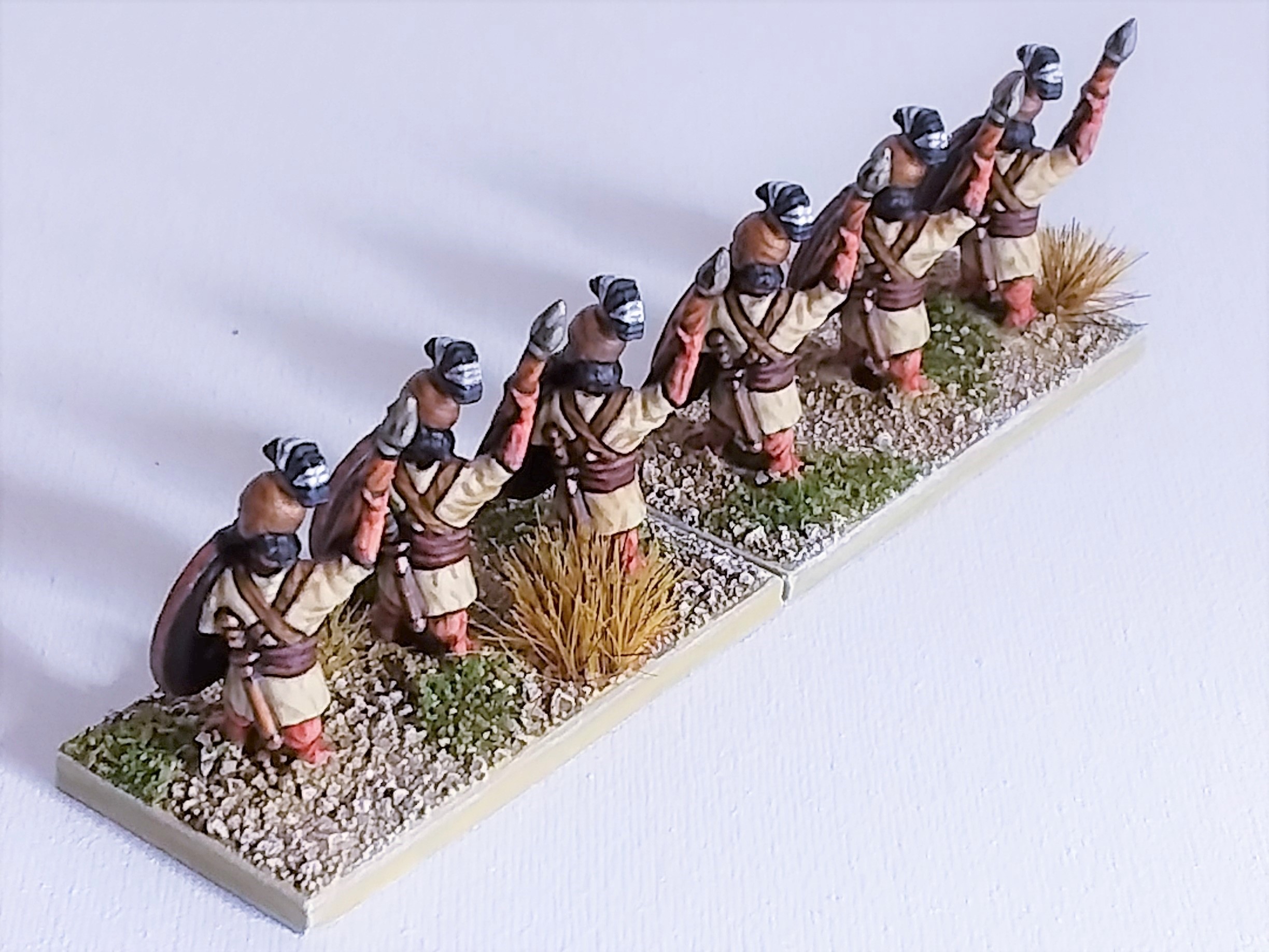 These were also from a previous start, I've just painted over the original work and rebased them to match.
One thing to note with this particular figure is that the right arm is sculpted with a long sleeve, I assume residue from whatever figure it was adapted from.
Top 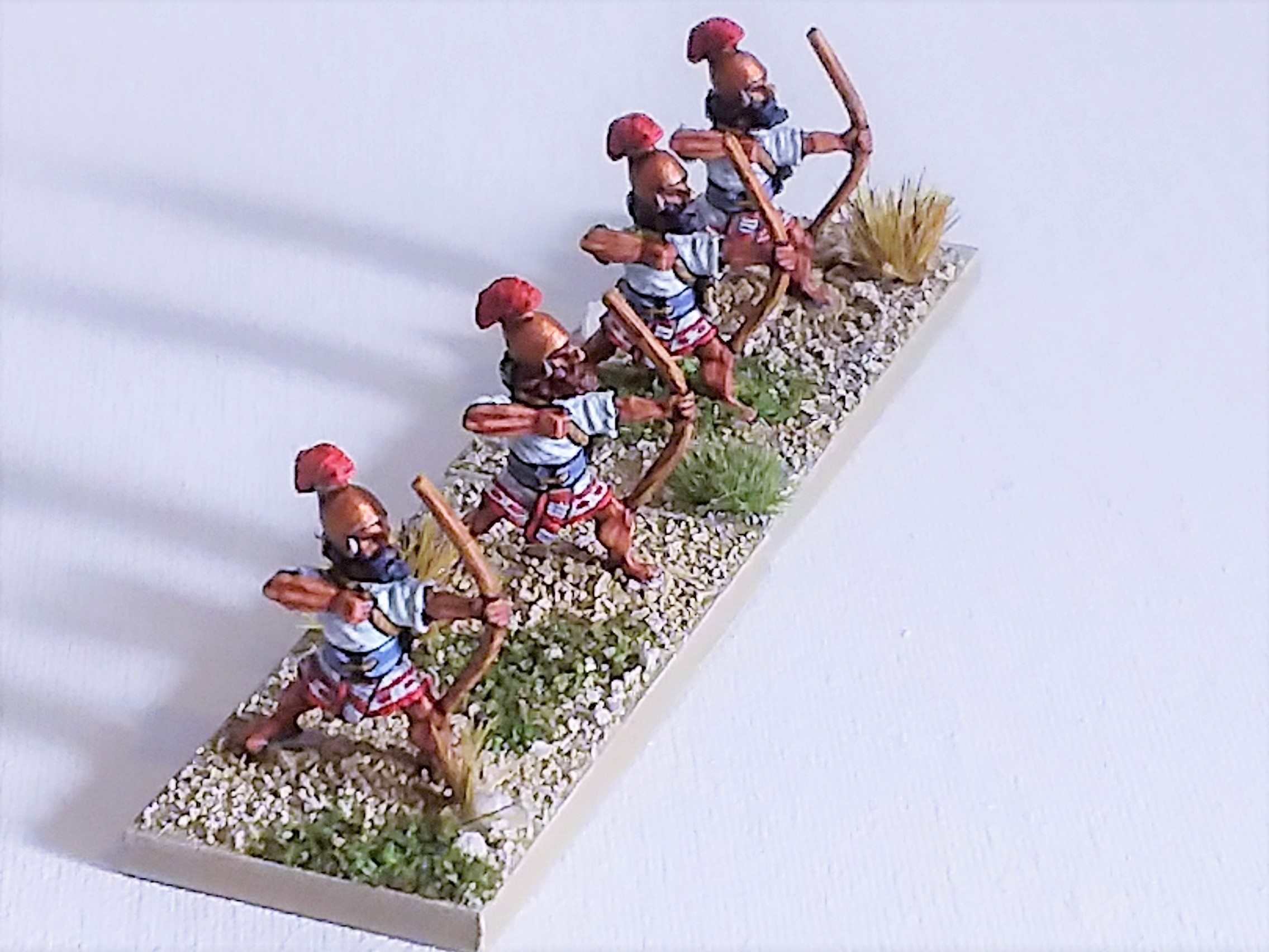 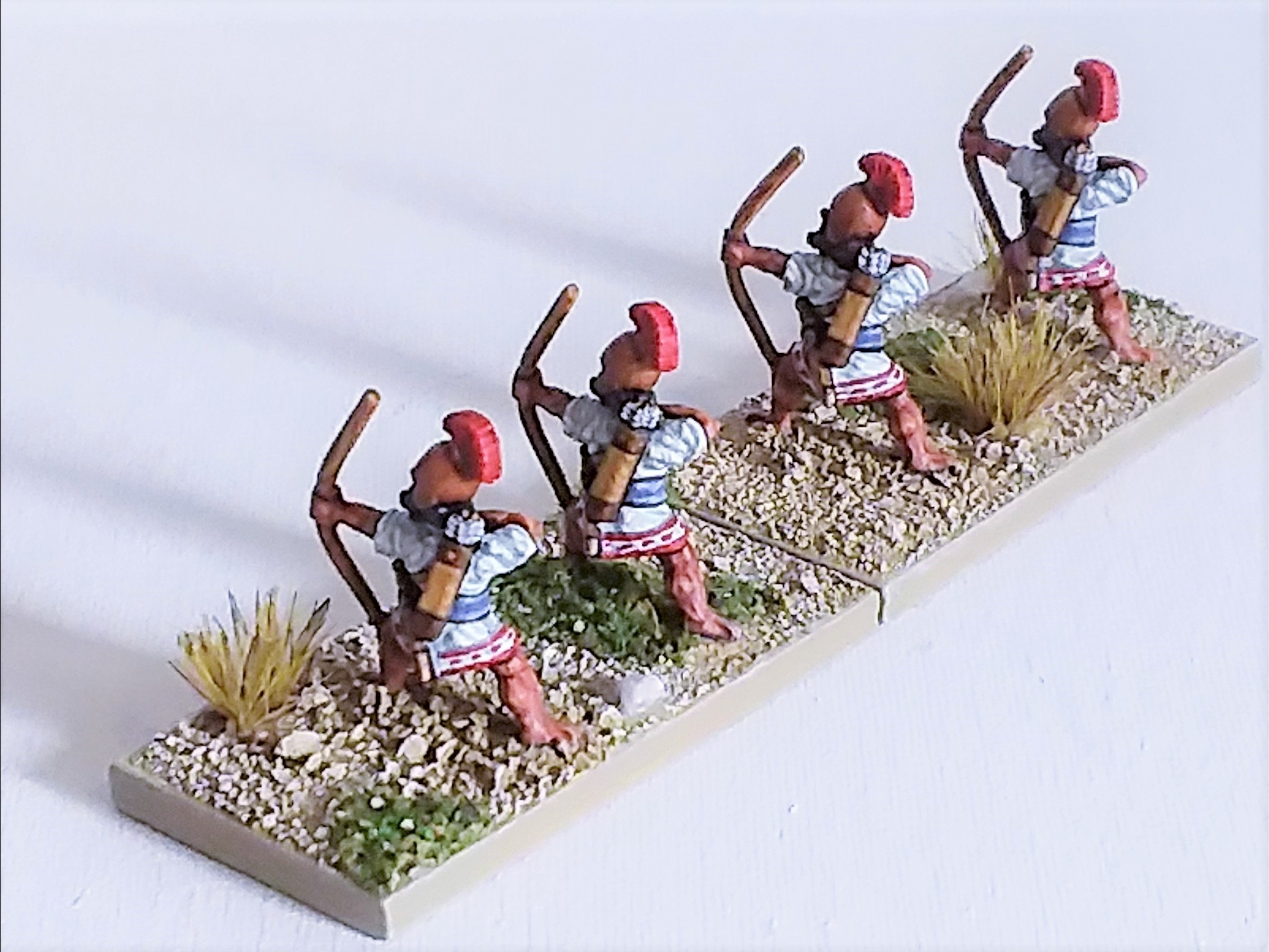 Tried to make them look a little better dressed than the Tribals.
Top 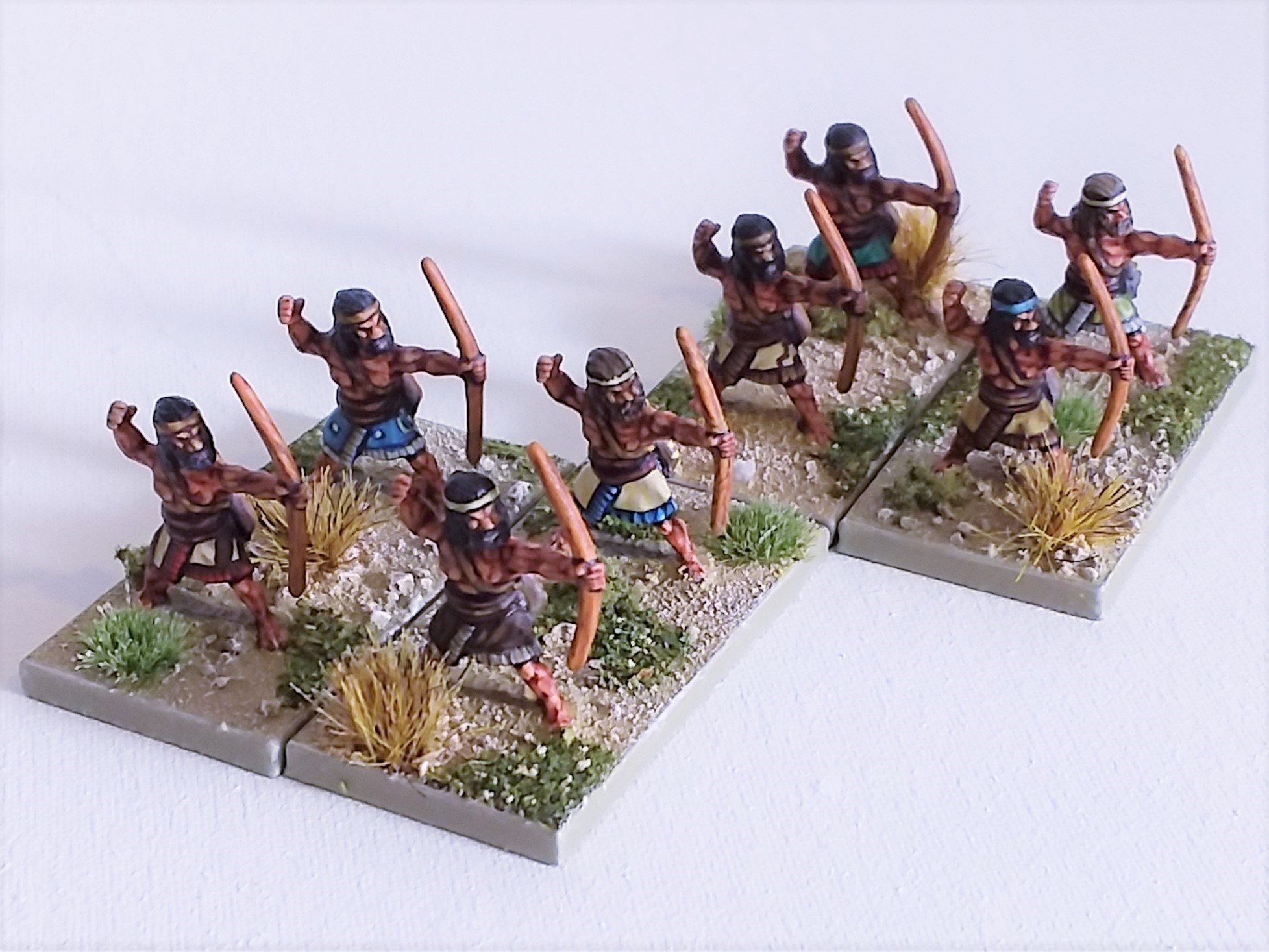 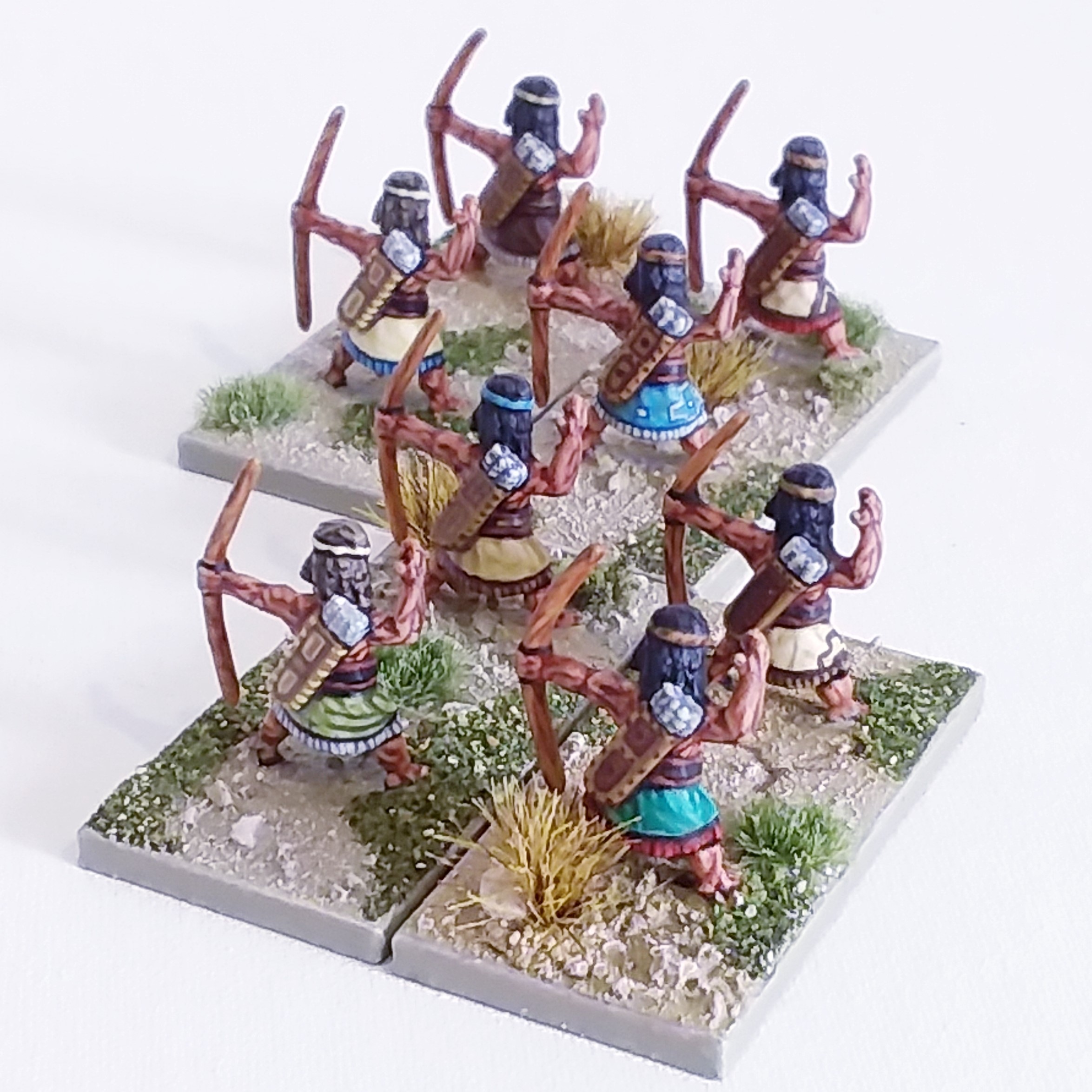 These are also older work, must have sprayed the varnish on too thick way back when, I had to do a bit of touching up to try and hide some frosting(?) around the faces.

Some of the elements I hope to use more generically in this and other armies.
I'll also be adding some slingers at some point for variety.
Top
Post Reply
15 posts