I must say the Fantasy rules are a lot of fun, and add a stimulating, alternative variant, to the standard Historical rules.

Refer to the Number Key on the Map & to the Photos.

With "Slow,"& "Unruly" characteristics, both centre lines crept at a 'snails pace,' and together with the fearsome 'Zombie Wagon,' they never made contact the entire battle! (1)

The majority of the action occurred mid-game, on the Undead right, with a huge clash of all the mounted of both sides, and with the Undead 'Grim Reapers' also joining the fray.
The fight hung in the balance, until the Sorceress Morathi's "Mindblasts," Eleven Bow Levy, "Ranged shooting", and Elven Superior horse," began taking their toll on the Undead. (2)

Elven Lizard Cataphracts joined the fight and with the arrival of the Witch Elves in their rear, (using "Up,"), the Undead right flank finally crumbled back to dust! (3)

The Minotaur ("Deadly & Terror") valiantly tried to help, but soon died as Lizards and Doomriders eliminated the Unit it was attached to.
The hefty points loss incurred by the Beast, tipped the balance in favour of a Dark Elf, 21:12 win. (4)
[Of note, had the game continued, Skeletal foot and horse, rapidly moving in on both flanks, were poised to take the unfortified, ungarrisoned, Elven camp.] (5)
Well played Justin and Peter. Until next time!

Photos: Shawn & Justin
Map: By Shawn. (With acknowledgement to the amazing "Vintyri Project," who make the add-on Assets I used. freely available to all.) 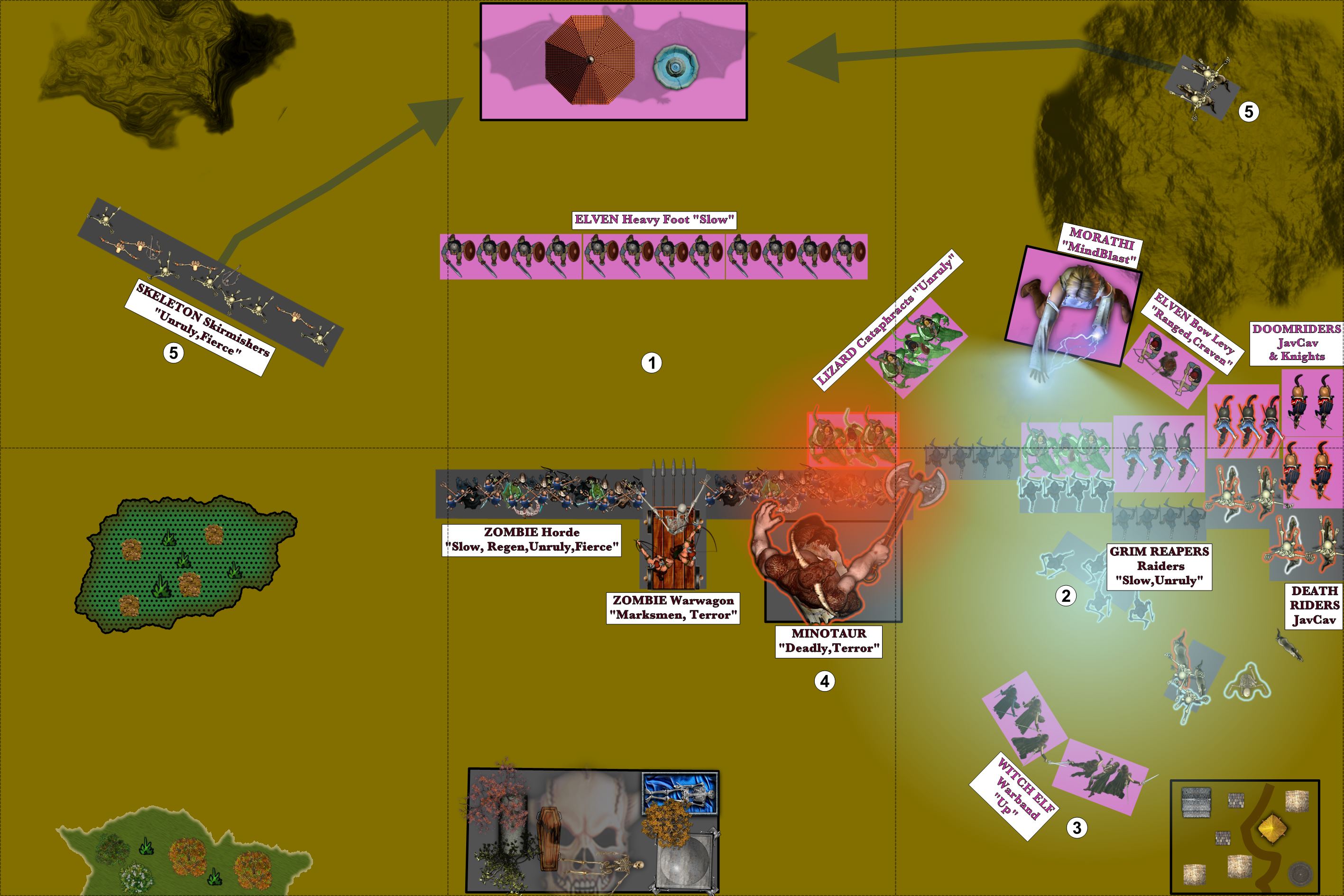 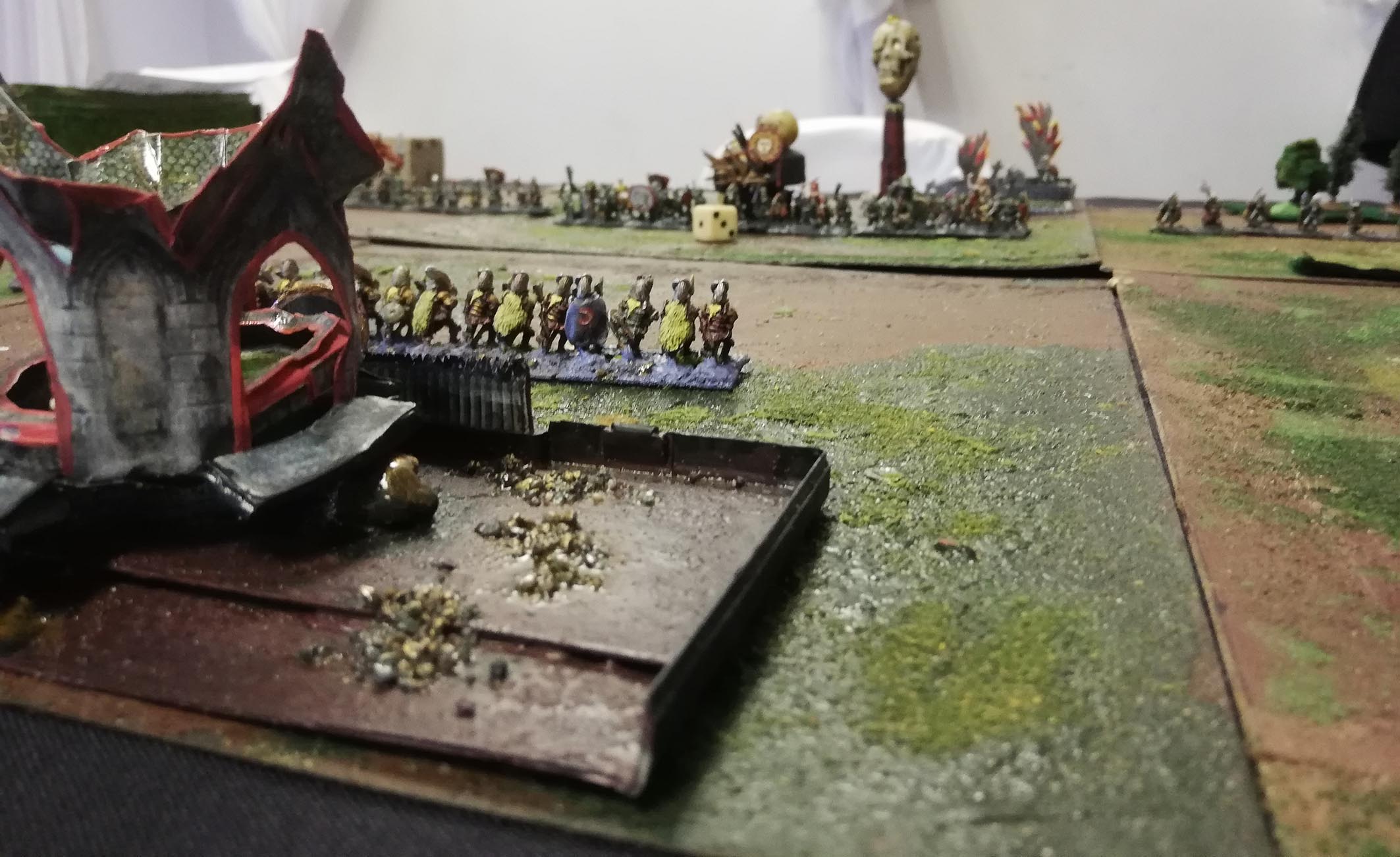 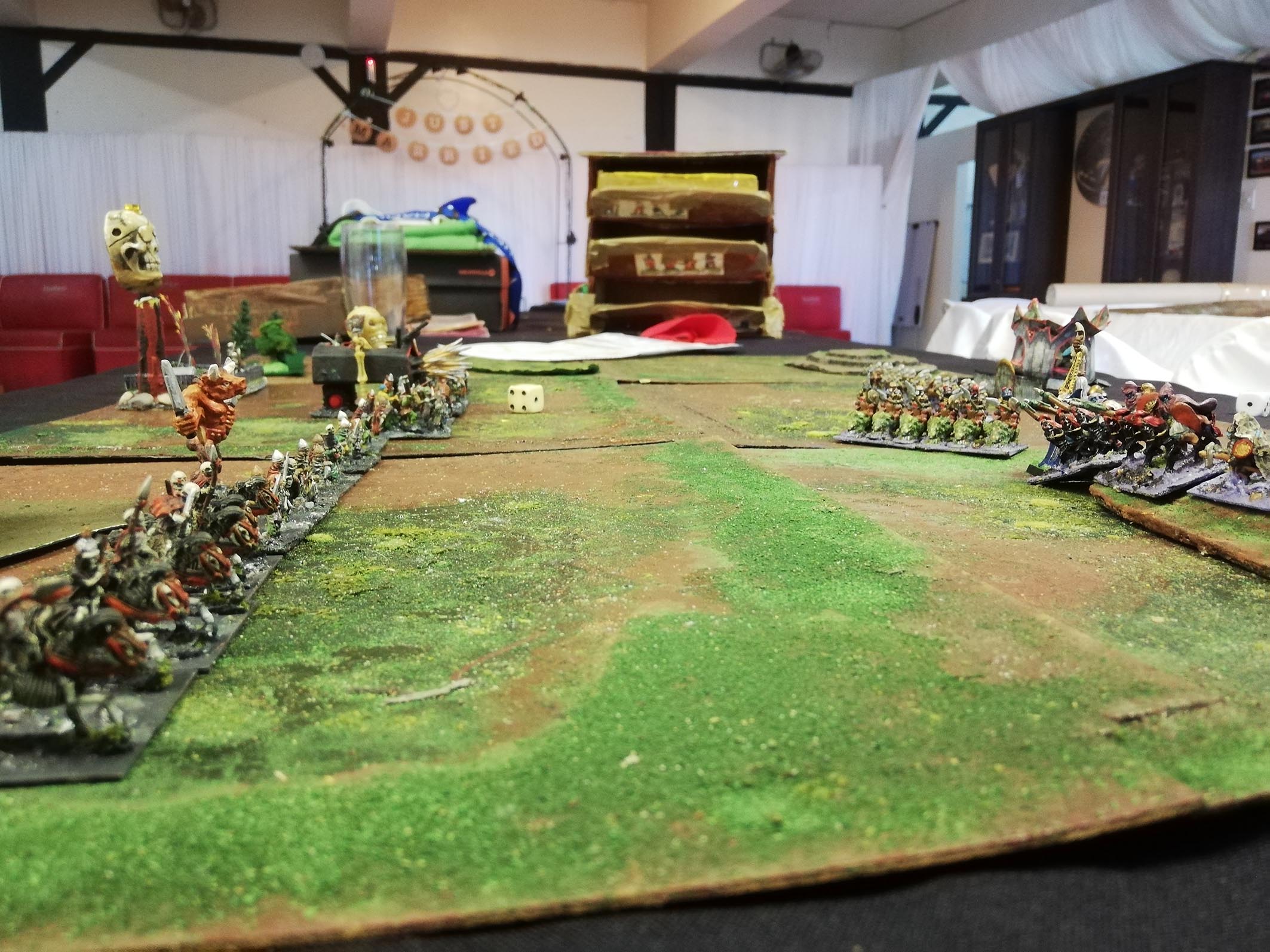 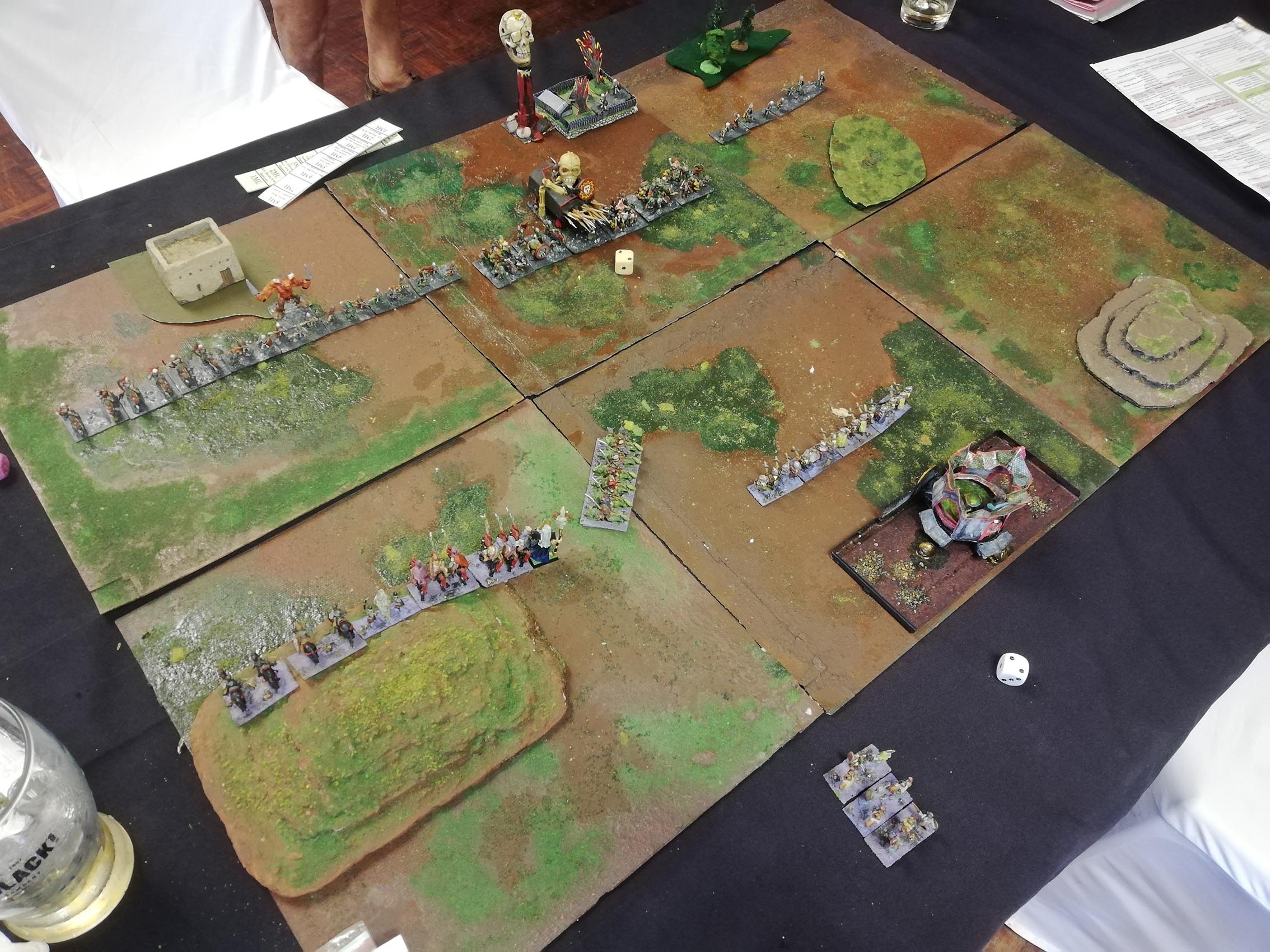