Historicon 2017 is over, but TRIUMPH is just getting started!

The convention was a blast and was incredibly successful. We had a constant stream of new players at our Epic Conflicts walk-up sessions and Open Gaming sessions throughout the entire weekend. We had 16 players (old and new) in our Friday night Triumph Open tournament. And we had 18 players with people waiting to get in for our climactic Sharp Johnny Campaign Theme event!

All of our events were full, the Chalons and Big Al Grand Triumph! scenarios, as well as the Kadesh Grand Triumph! scenario were fantastic. The weekend was a whirlwind of activity, an overwhelmingly positive experience and we want to thank all of the GMs and supporters who helped manage the walk-ups, run events, talk to new players, and help teach the game to interested folk. These efforts are making Triumph succeed and are creating a new and vibrant gaming community!
Special thanks to Bill Hupp and Brian Caskey for all of their support with armies, figure giveaways and the use of their beautiful Thistle and Rose miniatures.

Also special thanks to Bill and Scott Kastler for doing overtime working the Epic Conflicts and Open Gaming sessions to help introduce new players to Triumph and to our community.

Here are the results for the events:

It was truly a blast! Thank you to all who made this happen. Seeing old friends, and I do mean old, and meeting new faces was special. Live long and Triumph!

So much fun! Thanks!! Each time I learn something new.

"...the woman warrior who is armed with wit and courage will be among the first to celebrate victory."
Top

Wendy wrote:So much fun! Thanks!! Each time I learn something new.

Oops... will get that added tonight.

She just wants another post explaining that Tim and Wendy crushed Spencer and me...

Rod wrote:She just wants another post explaining that Tim and Wendy crushed Spencer and me...

Who didn't crush you, Rod? I did with your army!

Kontos wrote: Who didn't crush you, Rod? I did with your army!

That's why Rod is so generous with loaner armies -- he hopes that way they'll get a taste for victory that way.
DK
Top

Funny guys, but you realize my Elephants were hampered because they still had Mitanni Chariot splinters stuck between their toes from Cold Wars

I lost all my demo games, even after being ahead. I was not trying to roll 1's, but I recognize the benefit to Triumph! of such sacrifices. 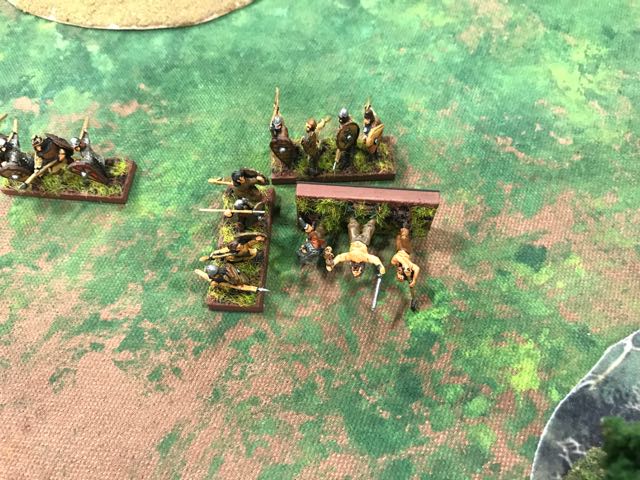 Return to “Event and Tournament Results”