Frank was enthusing about his newly completed Gasgan army, so we made it the last of our battles on Saturday.

He has a lovely camp, complete with goats (a frequent feature of his camps, and rather apt

) and a snake charmer. 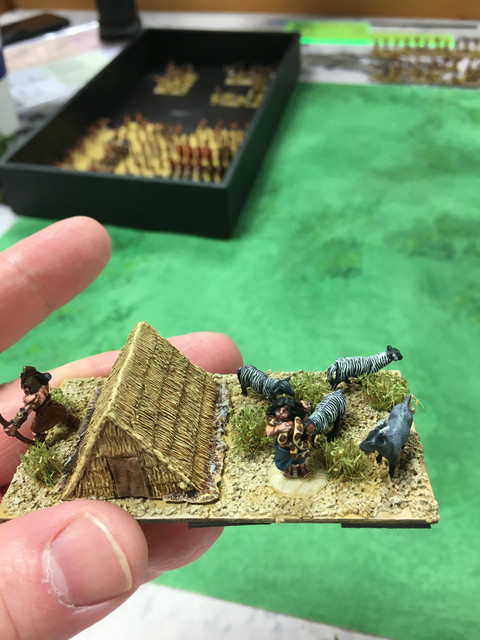 And a handsome army as well, in their scruffy way. A Chariot general, two Raiders, seven Warband, six Bow Levy, and a single stand of Skirmishers. 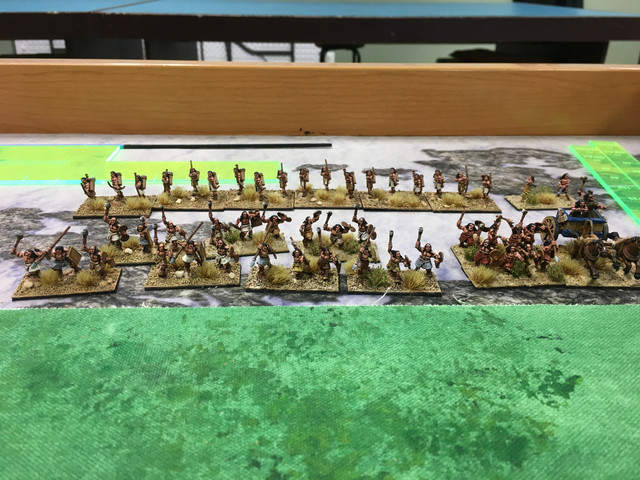 I brought out my Paul-Potter-painted Illyrians, all bazillionty-dozen of them (JavCav general, twelve Light Foot, two Rabble, and a Skirmisher) to do battle for only the second or third time.

Terrainwise, we had our first stream and, despite our both being Hilly armies, we had a few small hills scattered mostly out of the way, with one small one between us, which we promptly fought over.

He massed his Warband, put the Bow Levy on the flanks, and put his general and Raiders in the center.

I put a strike force of my JavCav on the left with some skirmishers and Light Foot, to get after his open-flank Bow Levy ASAP; a column of a Light Foot and the Rabble to grab the hill, and the rest of the Light foot spread out to my right. 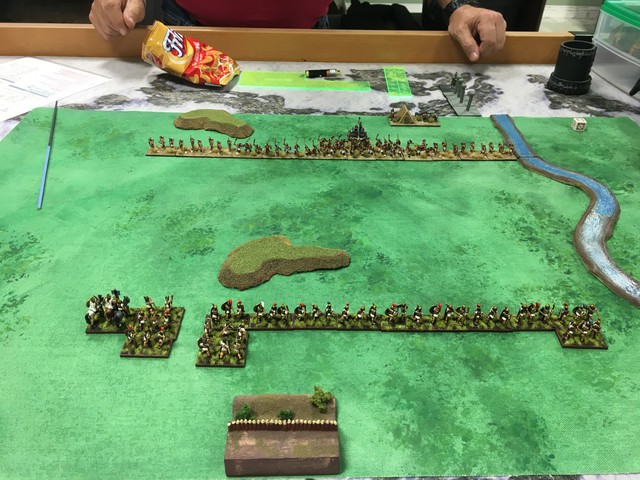 I picked off three Bow Levy quickly, losing a Light Foot in the process. He quickly brought his "heavies" (the chariot and raiders) over to keep his right flank from collapsing.

My general was going great guns, but his distance from my main line meant they hung back. Frank and I battled over the hill, and he picked off my Rabble (I wished at that point that I'd put them on the far end of the line and had all LF on the hills). 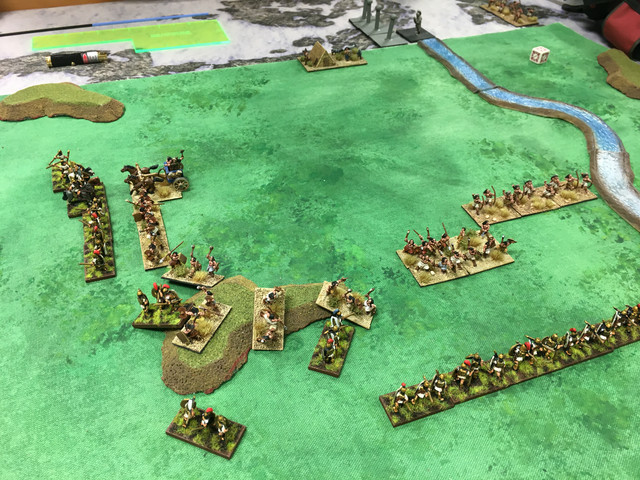 His general reacted to my Skirmisher coming around the end of the line and threatening his flank by chasing after them himself. I hoped that would give the JavCav a chance to flank-attack the general, but before that happened, our main battle lines finally clashed and, although I did fairly well in the first round, he came back and took out three of my Light Foot in one round, his Chariots ran down my skirmishers and--as quick as boiled asparagus!--the Illyrians had lost! 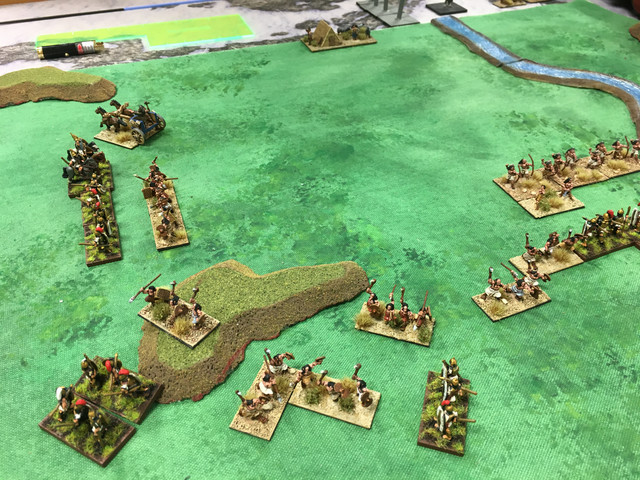 Call them "scruffy" and they will beat you again!

It was a good fight.
Top