My daughter recently complained that it was "unfair" to pit Humans vs Fantasy. Well... after this game, I'm beginning to think its the other way round! At 1/3 Loss point, Parthians won +-18:8! As it wasn't a Ladder game, we decided to continue...At 1/2 loss point it was was about 28:12 to Parthia. We continued to continue...but when the C-in-C, Morathi and the 'shiny new' Elven Camp were all destroyed, I threw in the towel!
A game lost owing to my shoddy play, Adrian's good play. (& some "magic" dice throws by Parthia!;)

Witch Warband Camp Attack
I made a huge blunder early in the game.
After perfectly positioning my Witch Warband, using 'Up,' to threaten the unfortified, ungarrisoned, Parthian camp, in the next bound I completely forgot to move them into attack distance! Parthian Skirmishers and Rabble took advantage of my error, and with uphill advantage, were soon swarming all over me. When one of the Warband finally made camp contact, even at 3:2 odds, dice roll after dice roll just could not get the critical 'more' result to destroy the camp! (I'm convinced those Parthian die were "bewitched!") 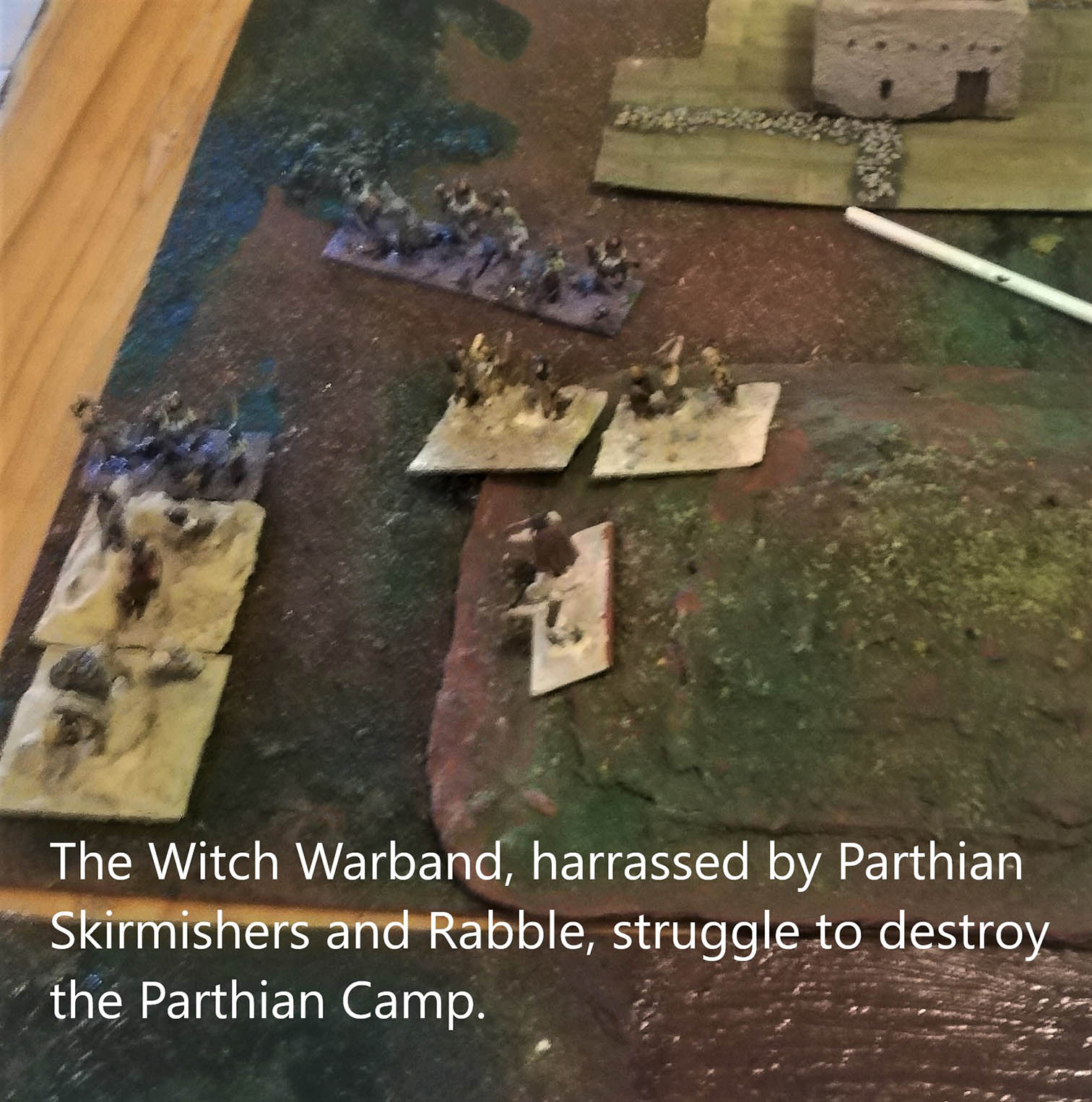 Centre Conflict
The Parthian centre unexpectedly consisting entirely of Horsebow, were easily held off by the Elven Heavy Foot and Lizard Cataphracts. Morathi using "Mindblast," also managed to force a number of the Horsebow back. (In retrospect their deployment was illegal as they are not close formation. Anyway 'learning curve' for both of us. 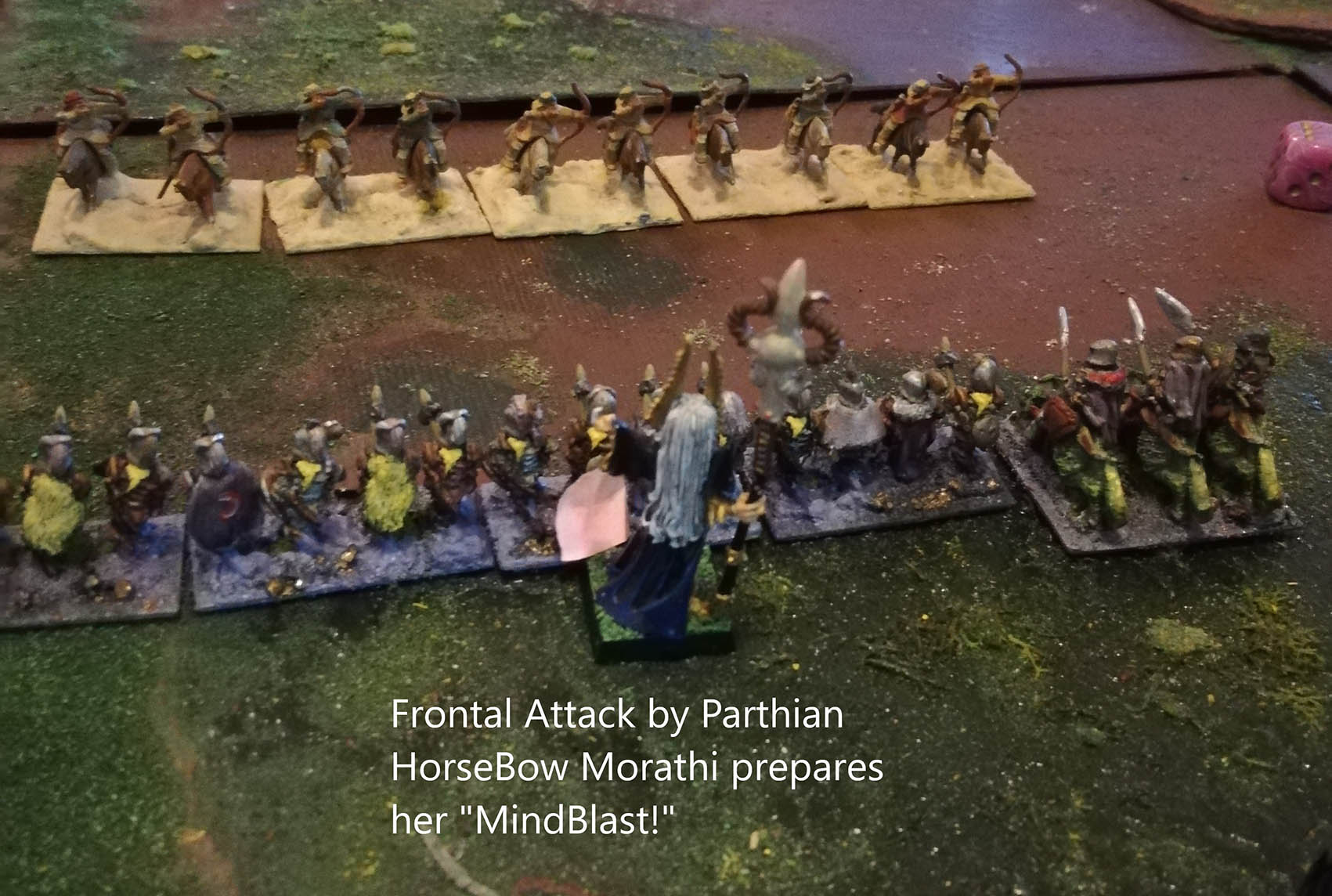 Elven Right Flank disaster!
The Parthian flank attack was a mix of Horsebow and (again untypically), Cataphracts. The Elven Knights and JavCav found themselves outnumbered, isolated and destroyed. This set in motion the 'rolling up' of the Elven centre, loss of their General and the Camp. 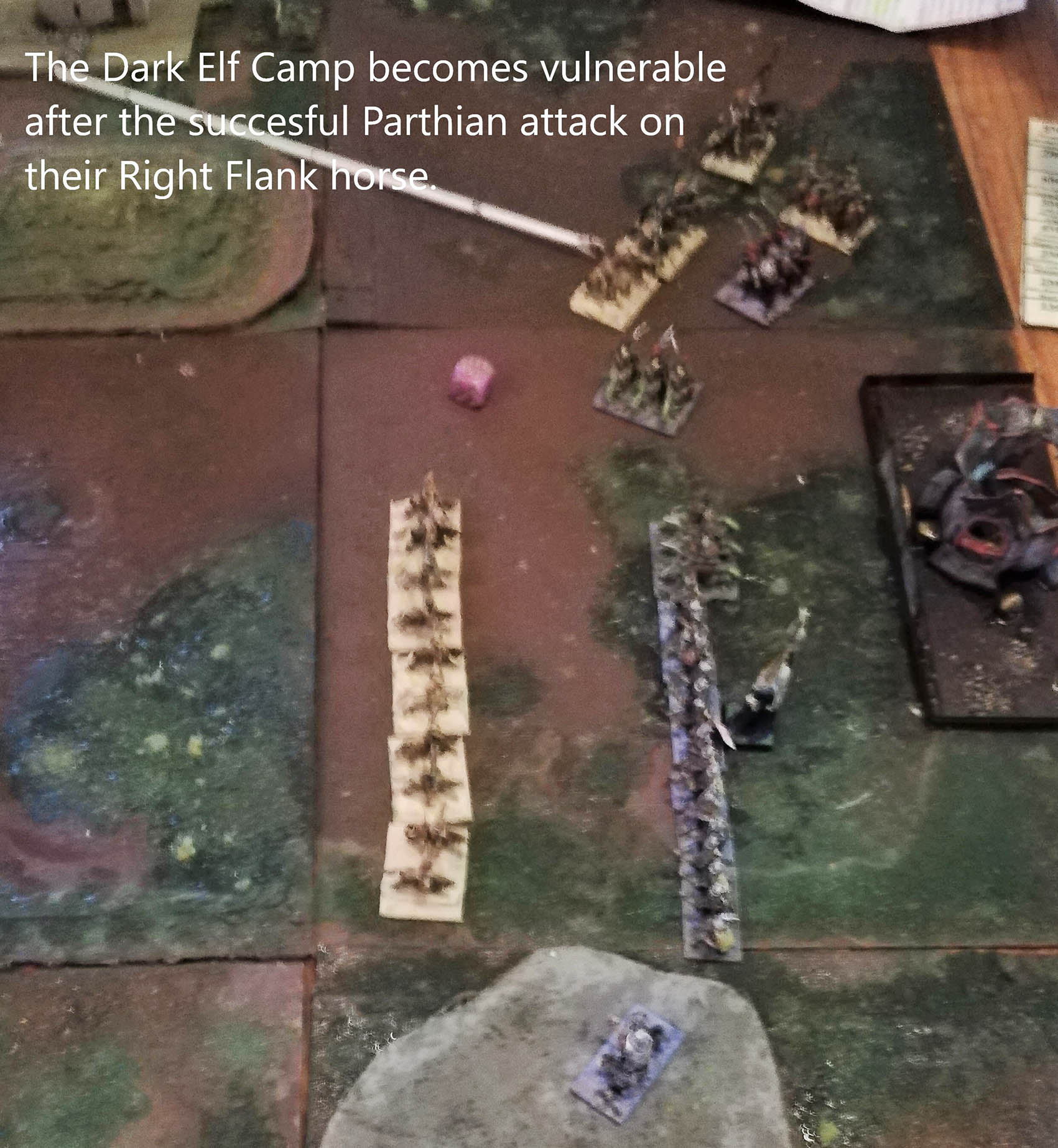 Thank you Adrian for a well played game, and to Peter for the Photos. 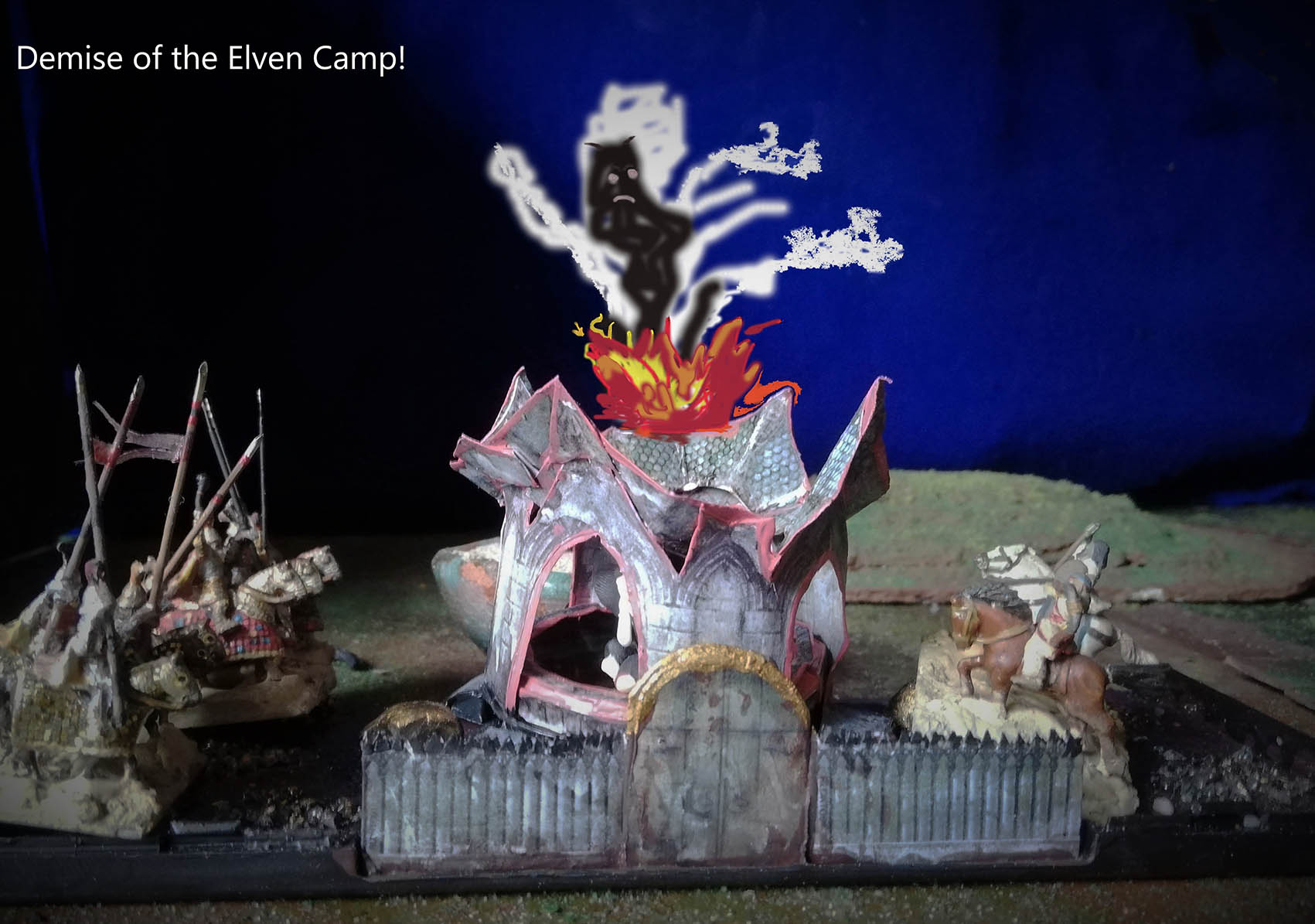