In the UK at least a lot of clubs use 1.8m by 1.2m tables for 25mm games and, due to the popularity of L'Art de la Guerre as a DBM replacement, 120cm by 80cm battle-mats for 15mm. These are both too small for a 144 point Grand Triumph game, so I've looked at how we can fit a 96 point game onto our 'narrow' boards.

Here goes with a suggested approach. All references are to the paragraphs in the draft GT rules. Interested in feedback!

1.1 We’re going to use 96 point double-sized armies but with 3 commanders. This is roughly comparable to a LAdlaG 200 point game and not much smaller than Big Battle DBA.

4.2 (a) Meshwesh now shows lists for 96-point double-size Grand Triumph armies
(b) For allies, use either: their standard list with minima and maxima reduced by one third (round down); or a double sized Ally Option from the main army’s list.

7.1 To facilitate use of a narrow board Coasts and Streams are not allowed, unless you get a result of 6S in which case a Stream and 6 other terrain pieces must be deployed. Use this Table as a work-around:

8.3 Commands must have at least 16 points of troops.

10.2 (a) Main army camp must be placed in the centre box
(b) An ally camp may be placed in any box, but it must be at least 8 MU from the board side edge.

10.4 Stands making up the 48-point Battle Line minimum must be placed entirely within the centre box.
Top

Thanks for sharing this! As you mentioned Meshwesh really nicely provides 96 point "Double" sized armies so it would be very useful to work out a good approach to playing on a smaller board than we use for the GT rules as we have right now for 144pts.

Interesting...
Chris and myself came to nearly the same ideas after havig fought a lengthy game of "Grand Triumph 144".
Did you do any further testgames?
Found any more needed changes?

Did anybody else try the described format?
What experiences did you get?

We've come independently to this same conclusion. 96 points (100 for Fantasy) seems like a sweet spot in terms of:

We gave it a try today and I have to say that I liked it a lot more than the bigger version (also from the visual appereance).
Only the endgame was again somewhat too long, so we decided that we will in the future call it a loss if one side has 2 demoralized contingents.

The battle was Early Carthaginians against Pyrrhus 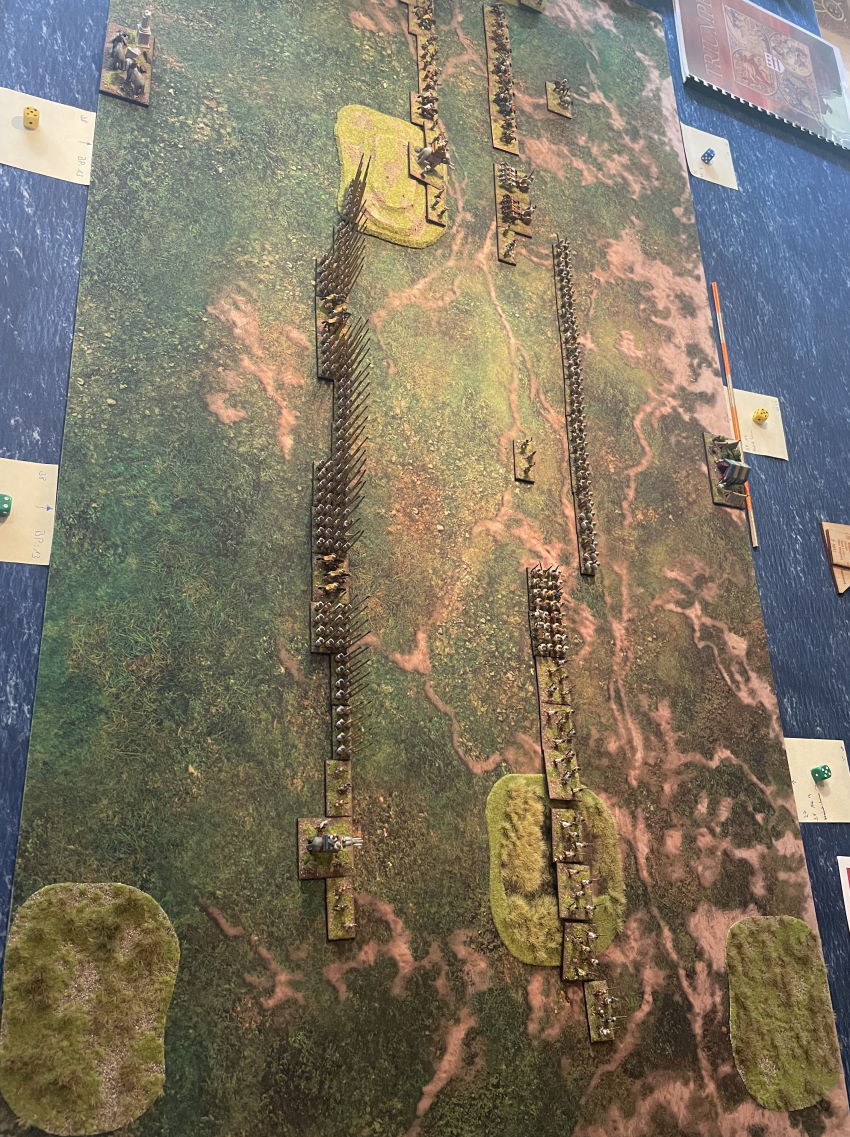 An absolut phantastic story was the one base of Carthaginian skirmishers who held up the Pyrrhus knight-general for several rounds: 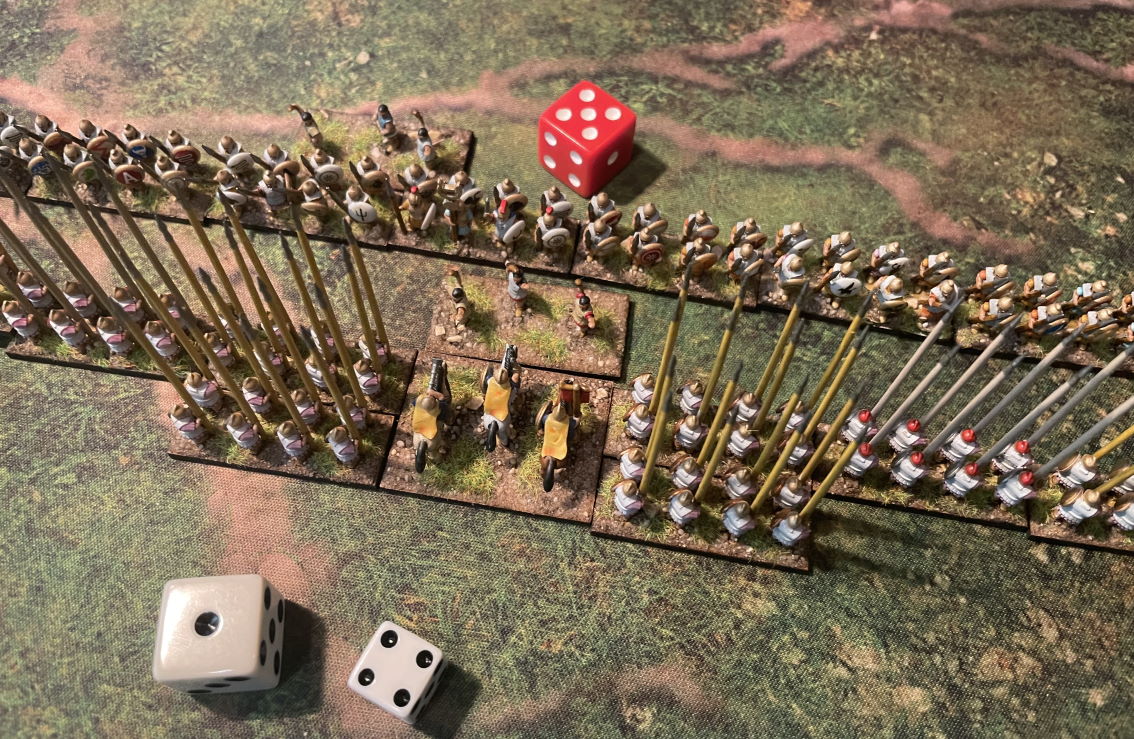 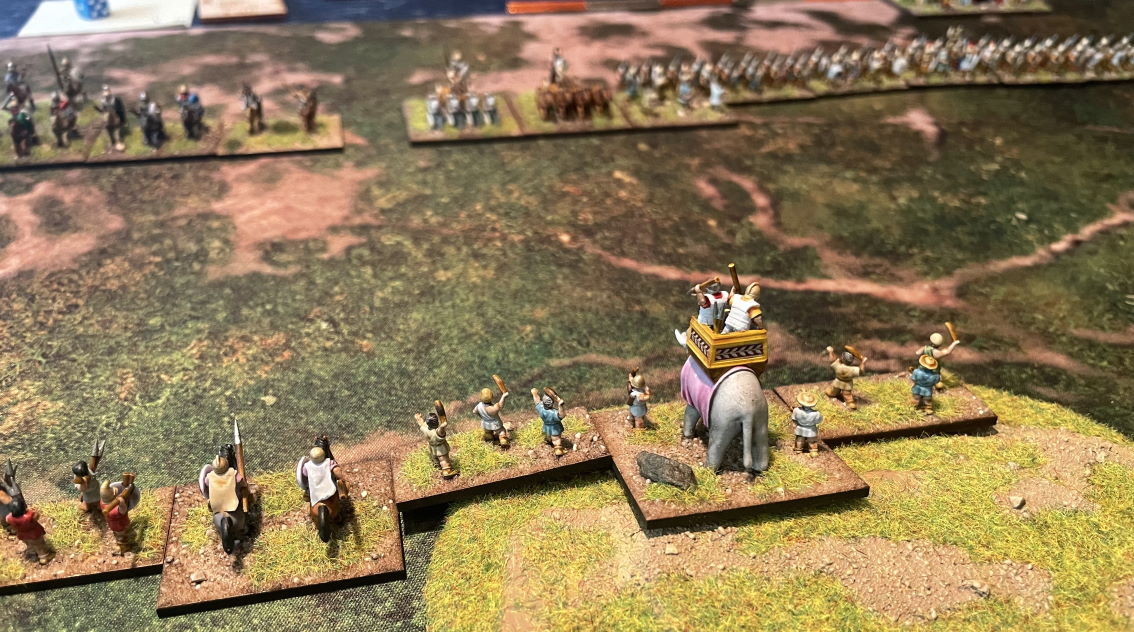 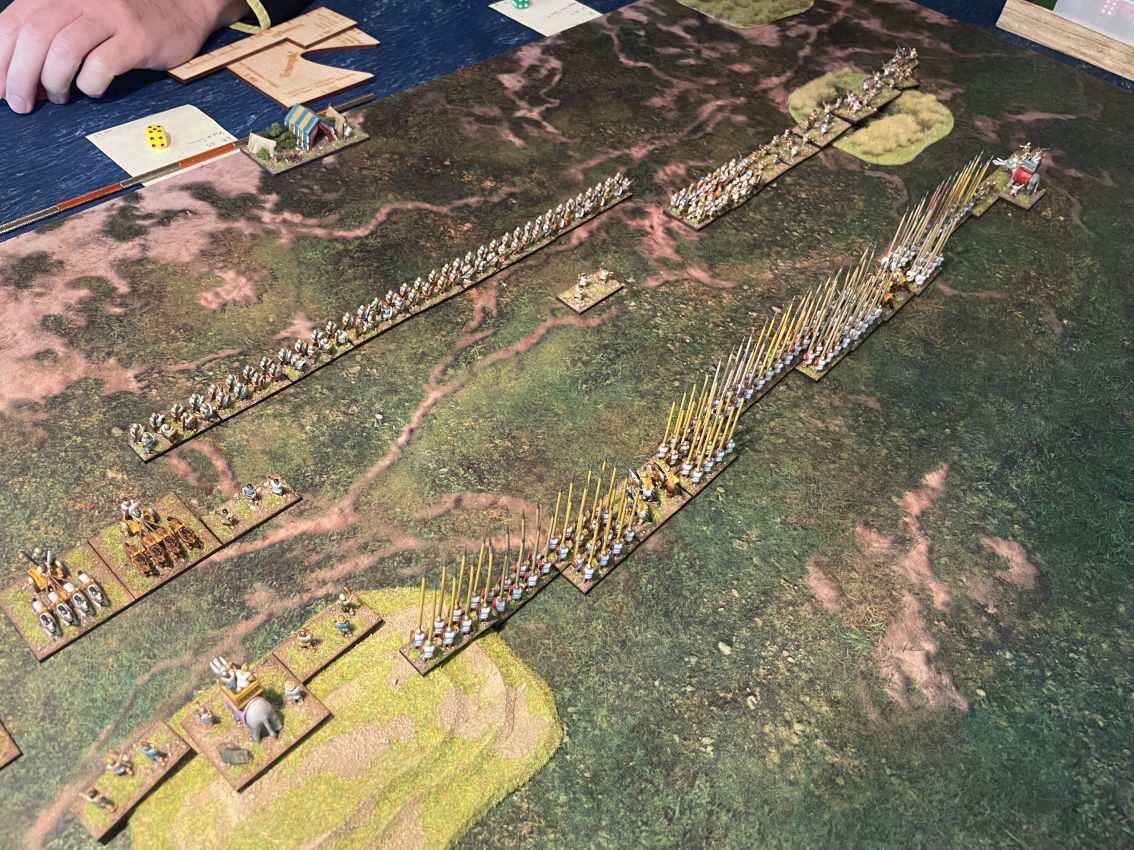