Here's a couple of pictures from today's crack at Grand Triumph.

Hannibal's (Michael) veterans went up against a Roman/Celtiberian army (me) 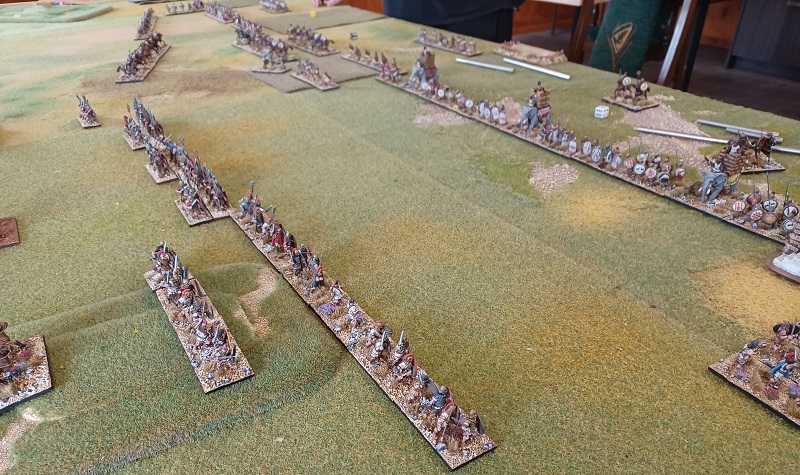 I won the manoeuvre roll and as he outmuscled me in Cavalry and Heavy foot I decided to pack the table with terrain.

The idea was sound but, I let myself down with the deployment.

The 1st few turns saw me rush the terrain on both flanks and in the centre.

Micheal counted the centre with a strong skirmish line, while on the flanks I just couldn't make any headway.

Killing my General and breaking the command. 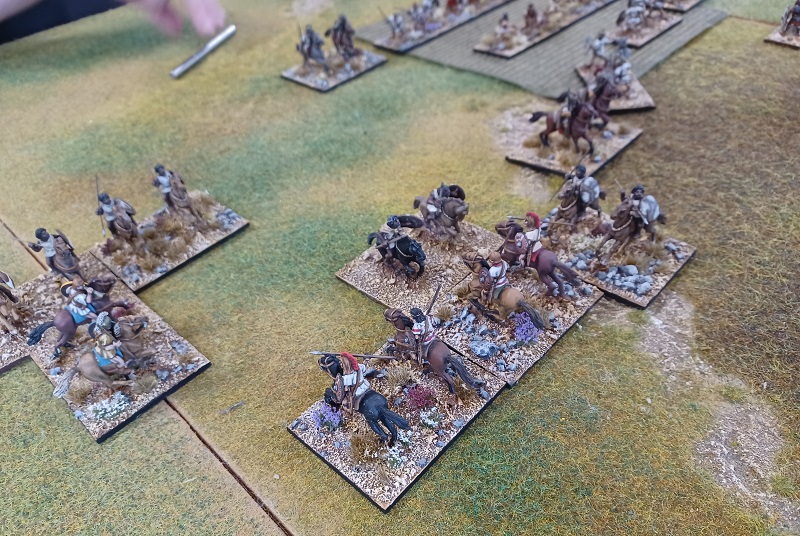 I tried to claw it back on the opposite flank but, despite double overlapping his elephants and attacking them with skirmishers they just wouldn't die 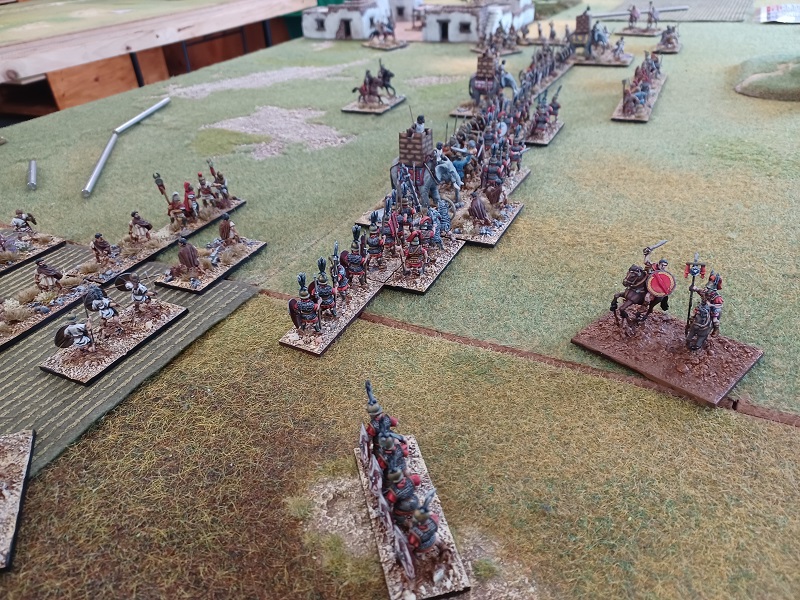 No commander, no pips, no left flank and 2 camps open for the taking it didn't take long for Michael to clean me out.

Proud of my boy, Michael did really well and played all the right angles to get a result. Once Roundie's cavalry command was broken it was just a matter of time despite losing 2 elephants at the end as the 2 camps were about to be sacked. I think it was a 79 to 45 victory to Hannibal' forces in the nd and was a 3 hour slogging match, great to watch and put my 2 cents worth in