This camp combines two themes: the devastation caused by locusts and the Hittite use of diplomacy to attempt to deter Gasgan aggression. A Hittite diplomat pleads with a Gasgan chief who has been given a bag of Hittite silver coins. The diplomat is mounted on a big skinny mule, having traveled far across the mountains. The diplomat and chief both have bodyguards nearby. Gasgan people suffering the effects of the locust invasion are nearby. 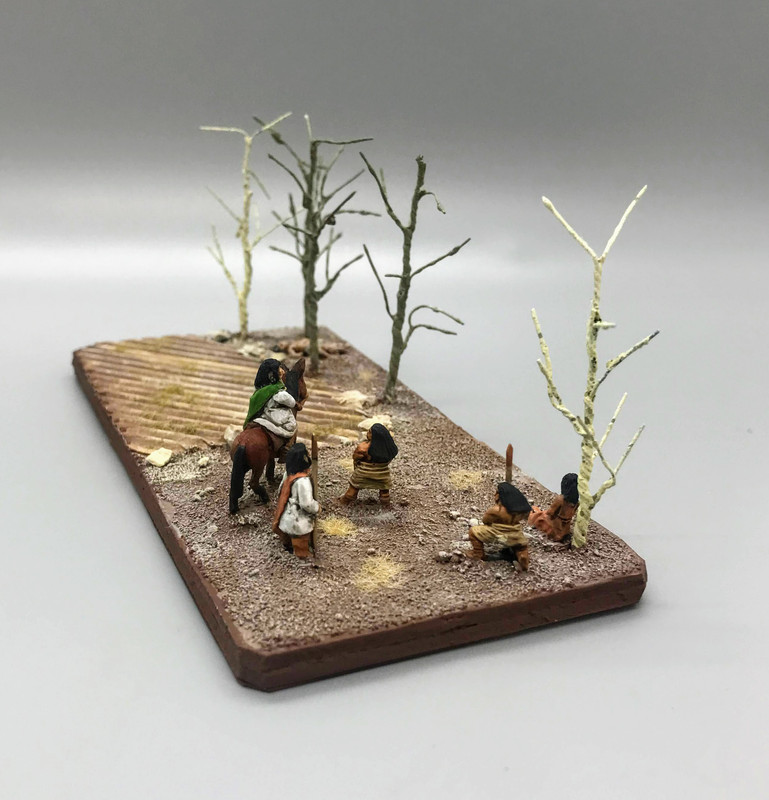 The main idea for this camp came from this sentence found in a letter from a Hittite king: “In Kaška locusts ate the crops”. (Kaymar, 81). Locust invasions “cause devastating damage with the capacity to destroy crops in a short time.” (Kaymar, 79). The Hittites used several different techniques to deal with Gasgan menace, including “attempts at total domination,including military conquest, to efforts to agree and sign treaties establishing mutual rights and obligations between the two parties” (Glatz and Roger, 56). While there is no direct link stated between the locusts and Gasgan aggression, it is certainly plausible that the Hittites would use everything available to keep the Gasgans from “laying waste to border cities and cult-places” (Singer, 166) during times when Gasgan lands suffered privation. 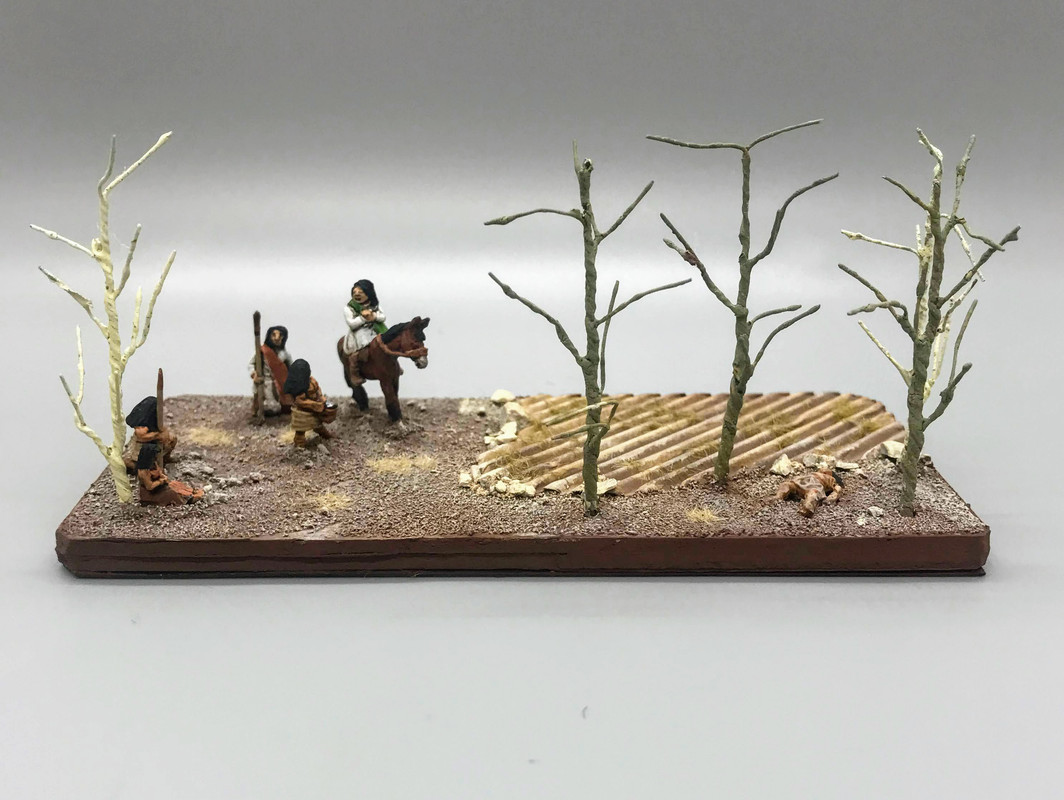 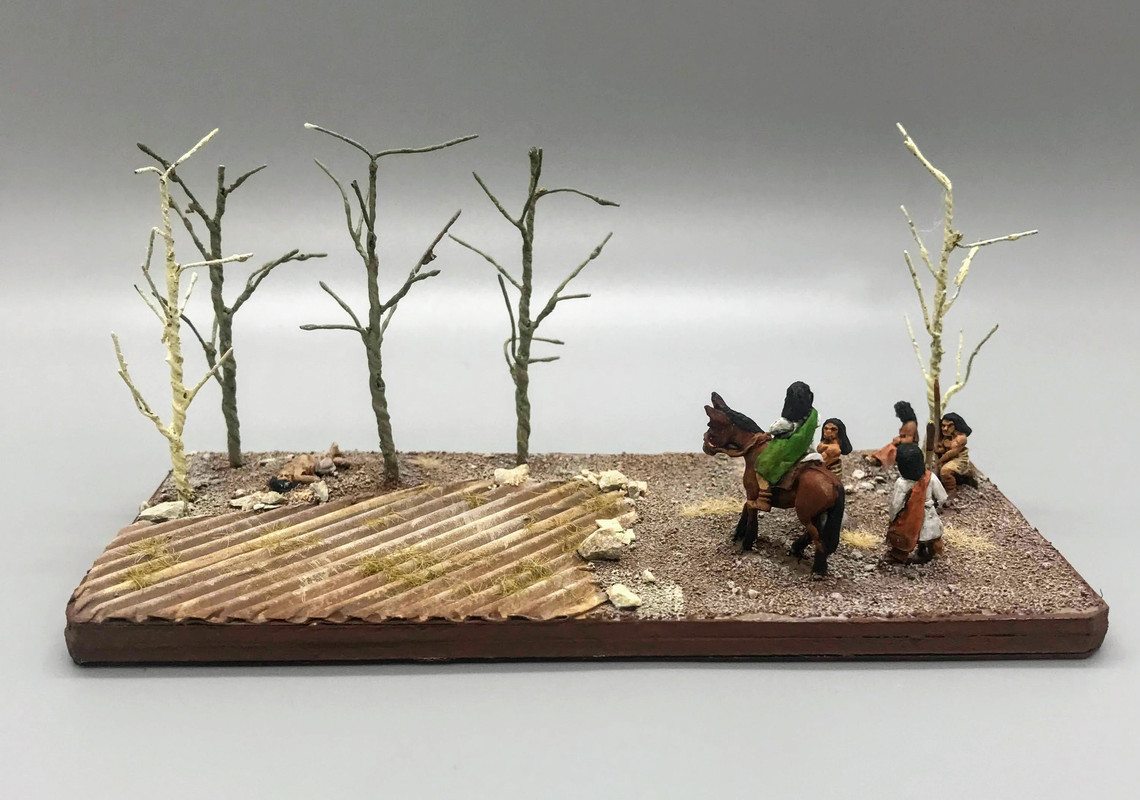 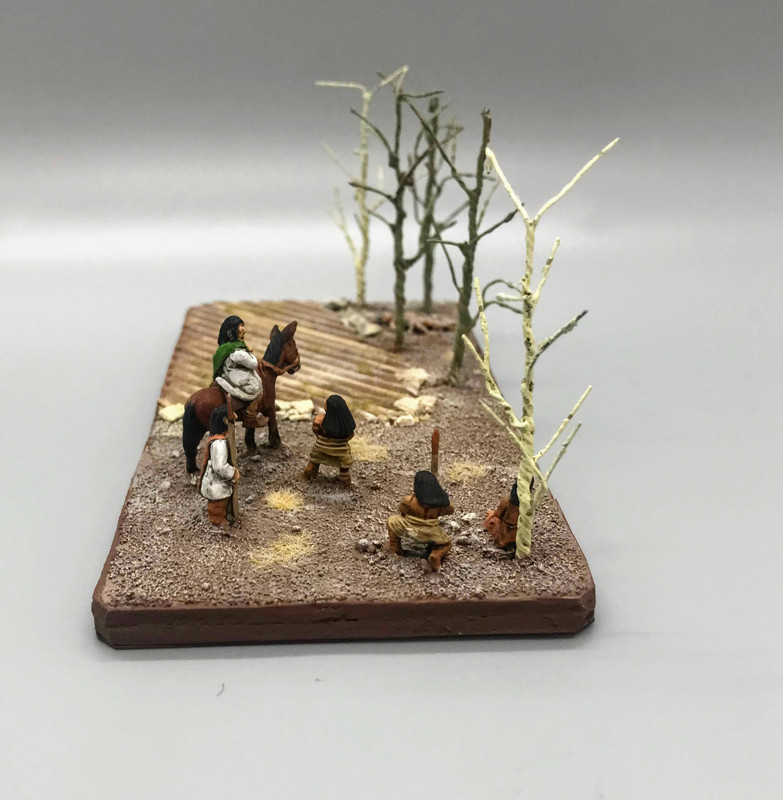 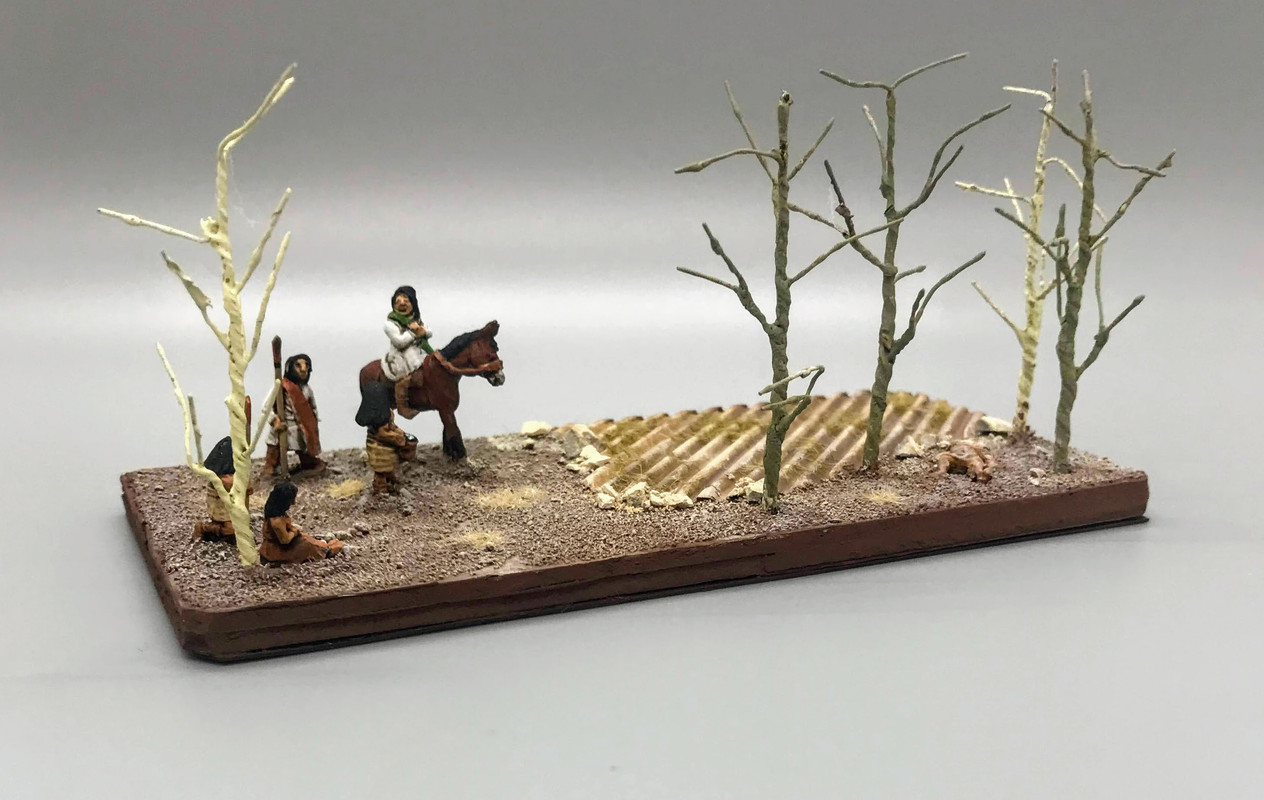