A place to discuss other TRIUMPH! battlefield features
Post Reply
2 posts • Page 1 of 1

The ideas for this camp came from the excellent Osprey book “Hittite Warrior” by Trevor Bryce. Bryce characterizes the Hittites as placing great emphasis on constant vigilance. Part of this effort was the construction and manning of watchtowers on the frontiers. The book has an illustration of just such a watchtower among the color plates.

The watch tower model for this camp came from Baueda and is a reasonable match for the illustration. The tower comes with doors on the second floor (so that it can serve as part of a larger fortification) so those had to be converted to windows with GreenStuff. The command figures are from Gladiator. 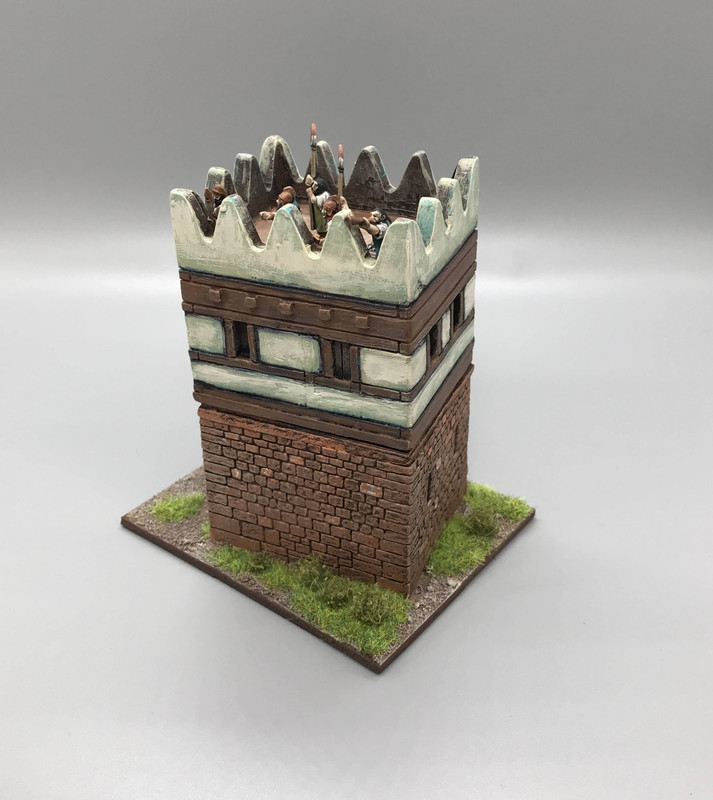 Quite a few Hittite kings died by assassination, so a figure with a knife is lurking by the door to the tower waiting for the king to exit. The stricken door guard is laying on the ground nearby. The assassin is an Old Glory figure. The door guard is an Essex casualty figure with Hittite clothing, long plaited hair, and equipment added. 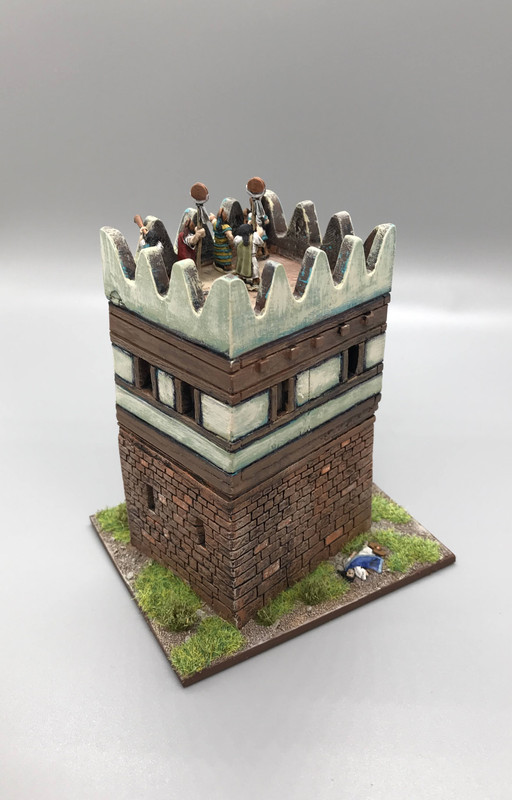 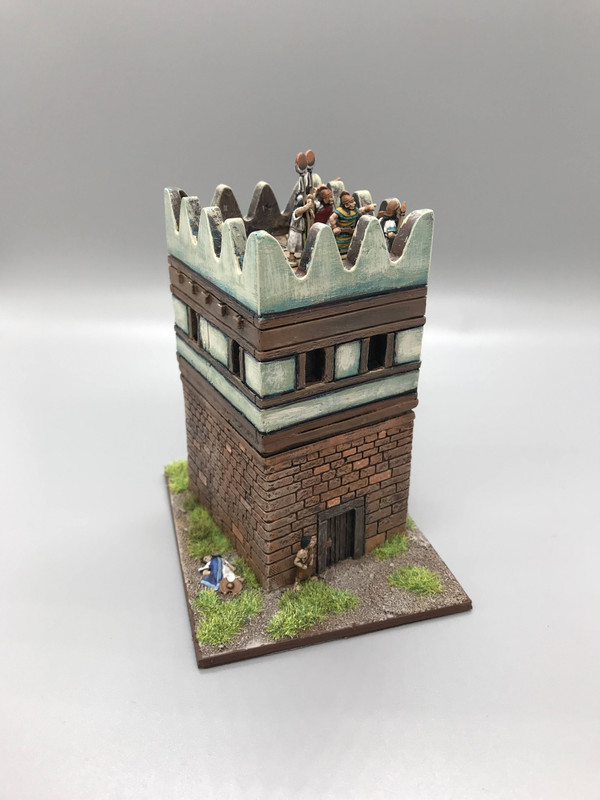 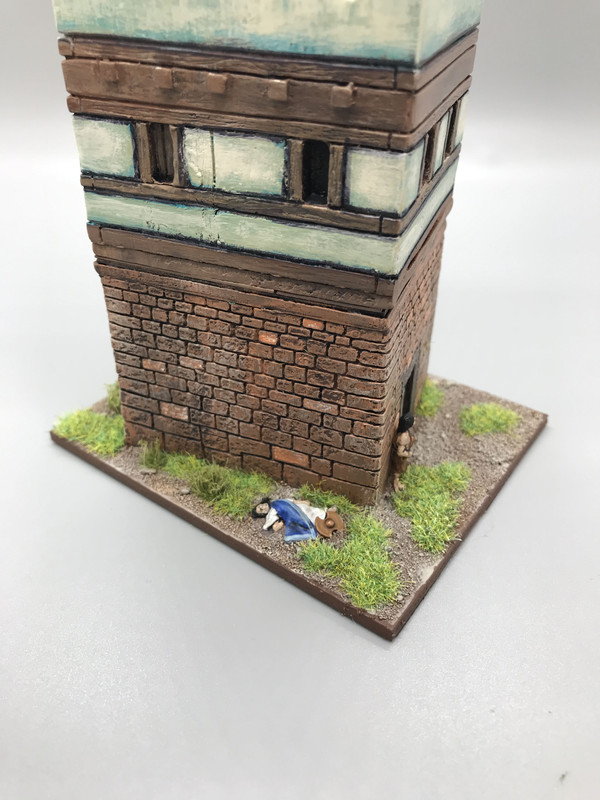