This 15mm camp was inspired by the “Victory Stele of Naram-Sin”, an Akkadian carving from about 2250 B.C. currently at the Louvre. The Louvre describes it as “ major work illustrating the imperial art of the Akkadian Dynasty, this victory stele celebrates the triumph of King Naram-Sin over a mountain people, the Lullubi. The Akkadian king led his troops over the steep slopes of the enemy territory, mercilessly crushing all resistance. The conqueror's victory march is coupled with the personal ascension of a sovereign who could now claim equal footing with the gods”.

The stele features Naram-Sin himself at the center, armed with a compound bow and equipped with a horned helmet, symbolic of his divinity as the King of the Four Regions, which in this case means “King of the World”. His troops and standard bearers ascend after him. His enemies lie dead at his feet or attempt to surrender.

The figure of Naram-Sin in this camp is a converted Museum Sumerian camp follower. His soldiers are all Eureka brand Sumerians/Akkadians. The dead Lullubi warrior is from Essex, suitably converted with a hide cloak and beard. The fleeing tribesman is a conversion of one of the infinitely-useful-for-ancient-amies Eureka Hawaiian figures.

Interestingly, the stele was not found in Iraq but instead at the ancient site of Susa in Iran, having been brought there as plunder by the Elamites roughly one thousand years after it was carved. All glory is fleeting, indeed. 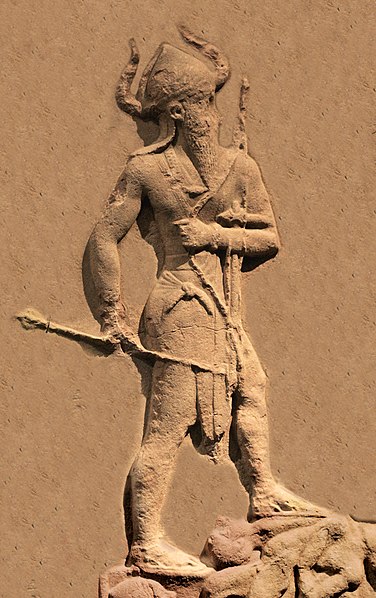 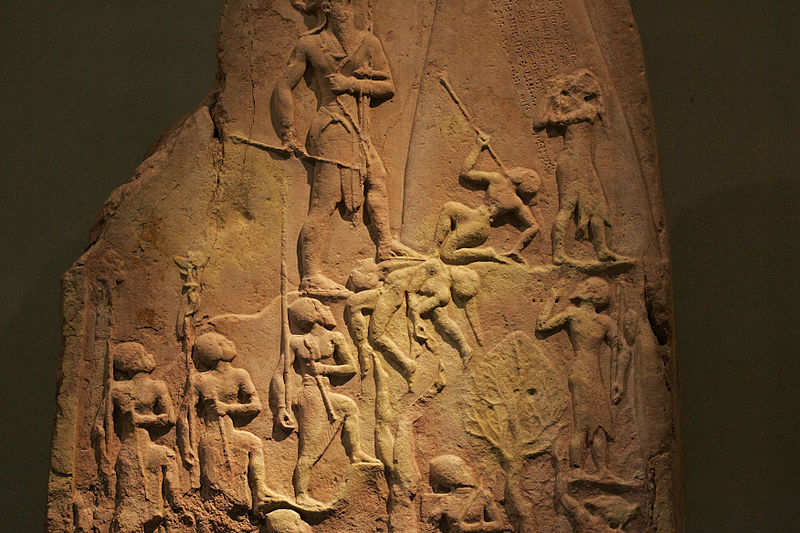 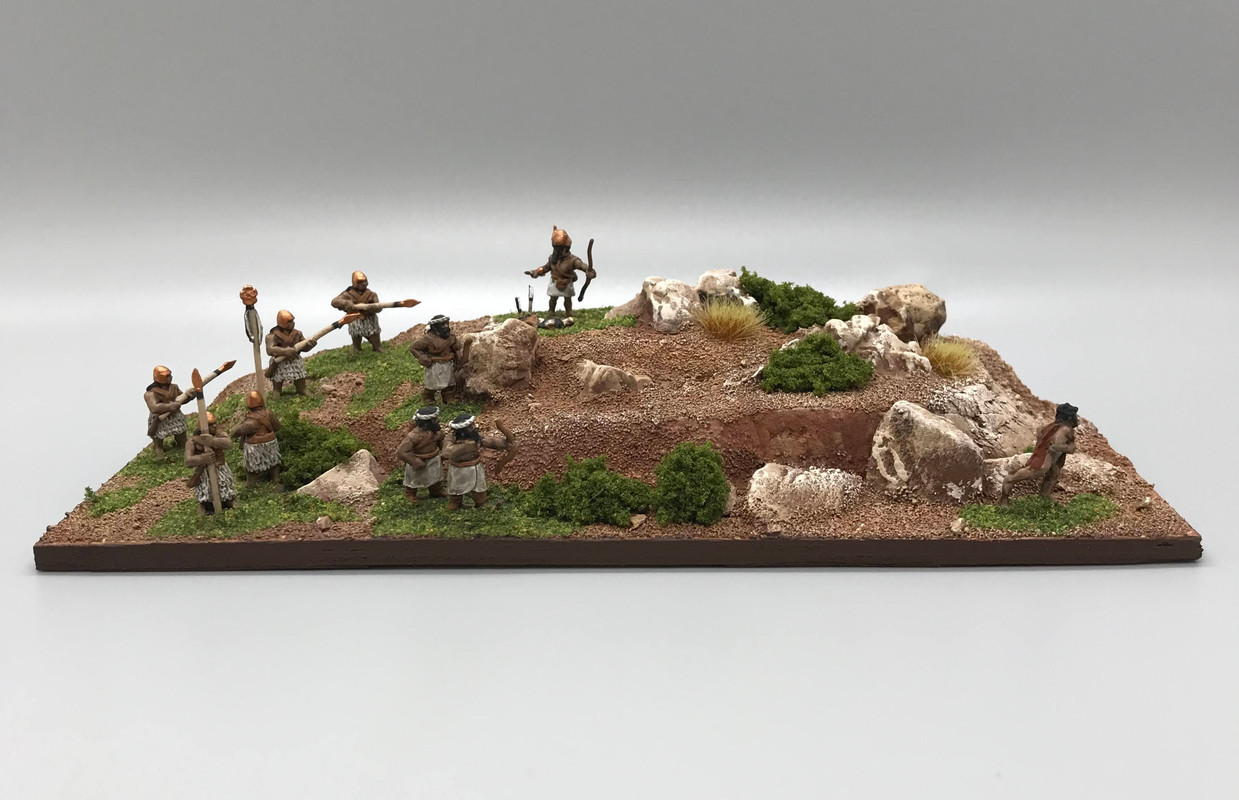 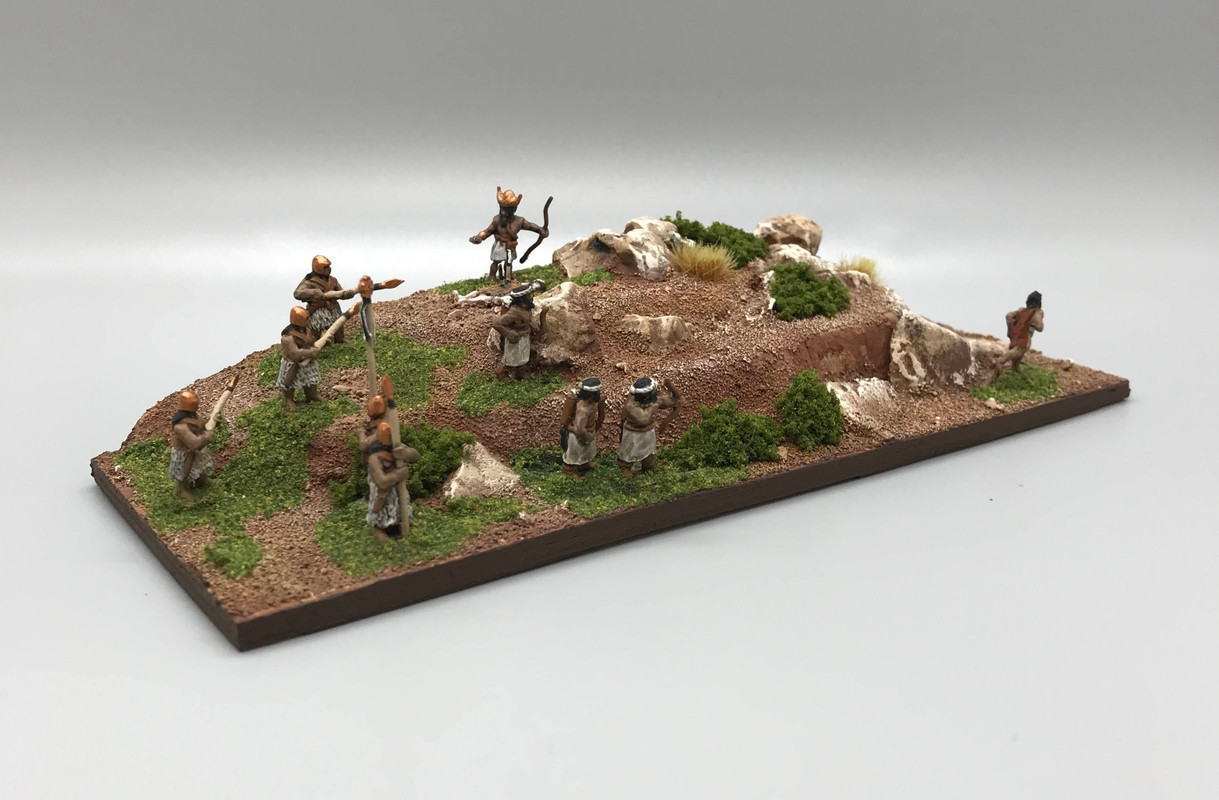 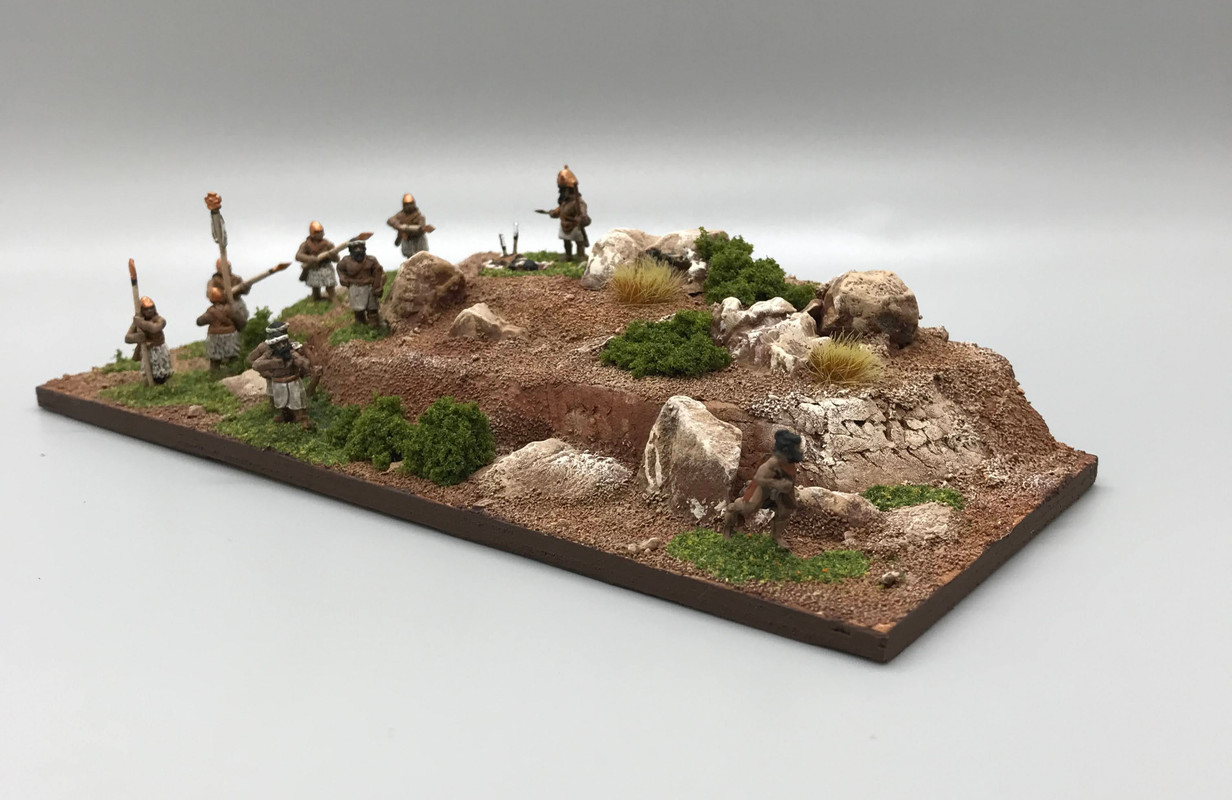 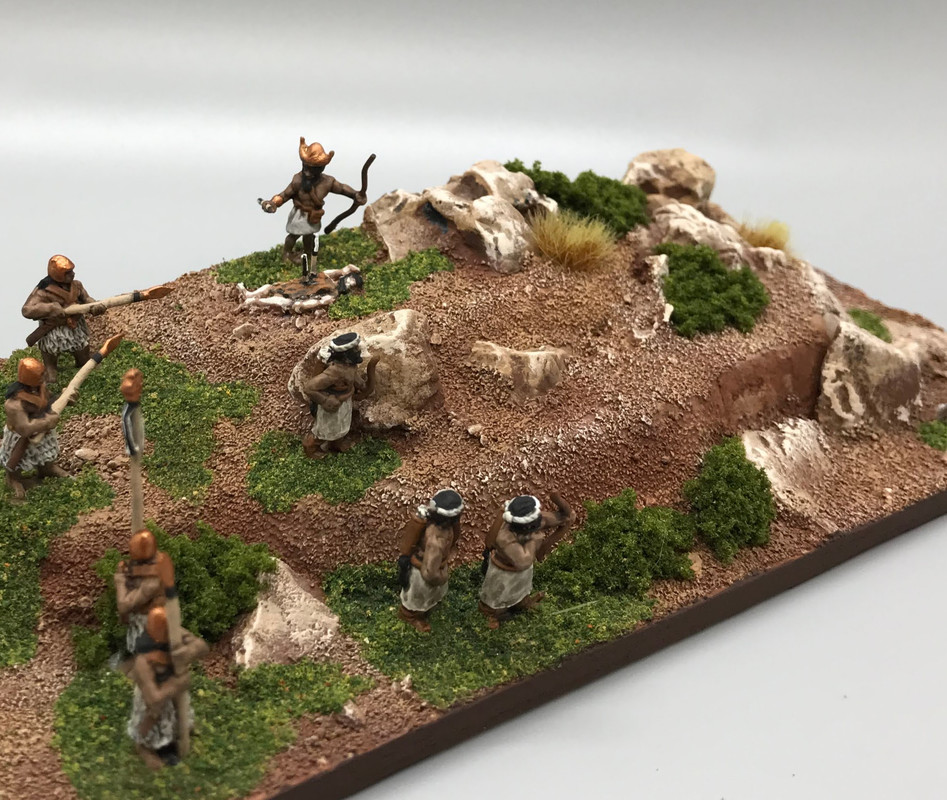 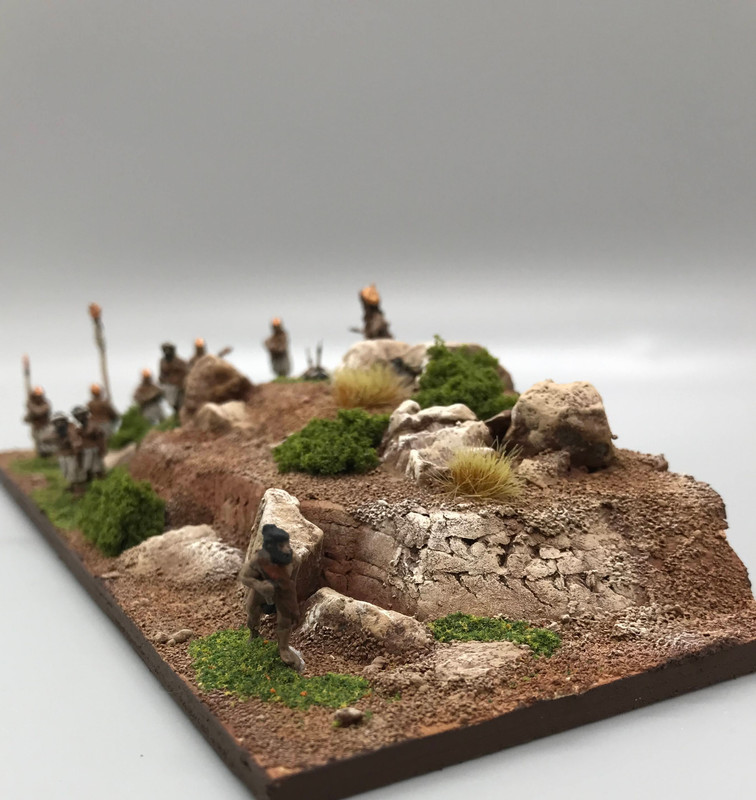 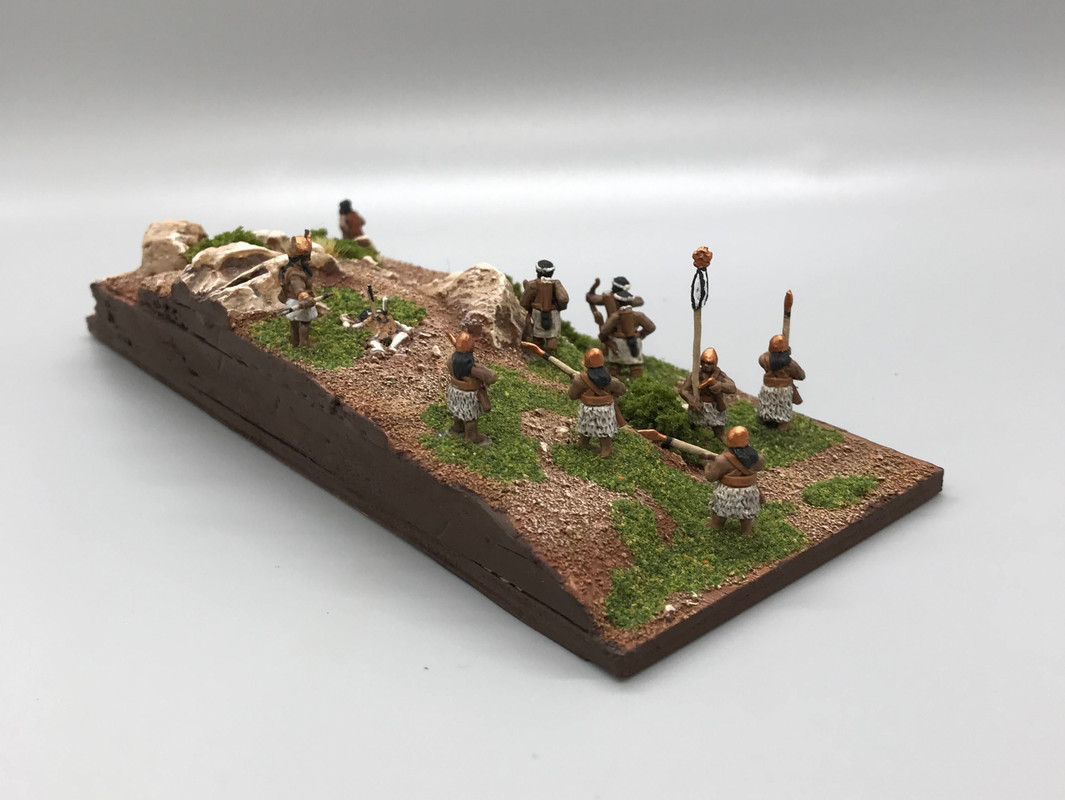 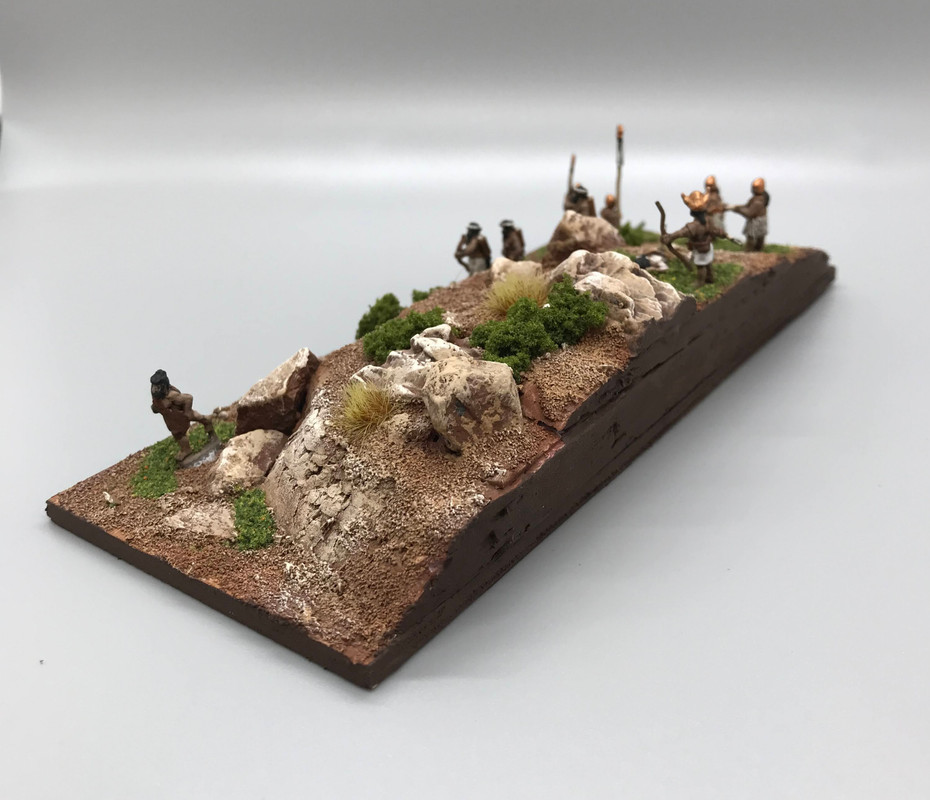 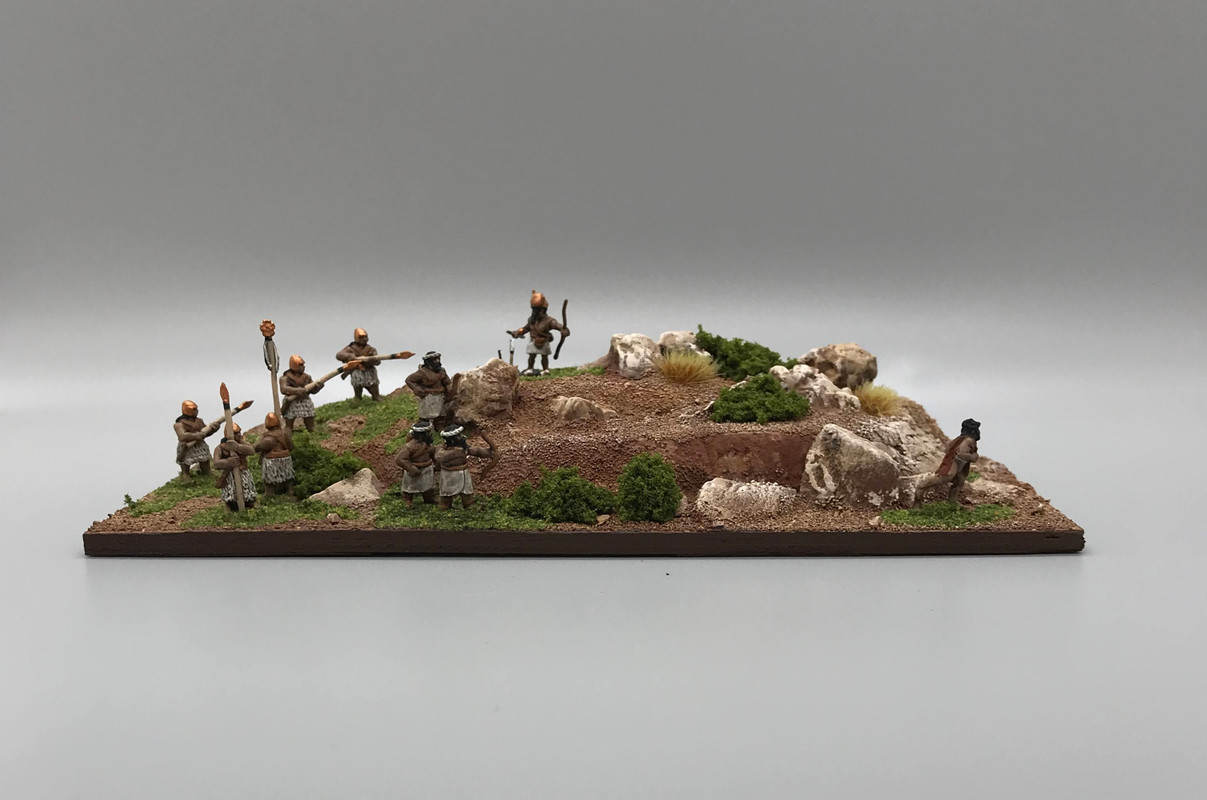 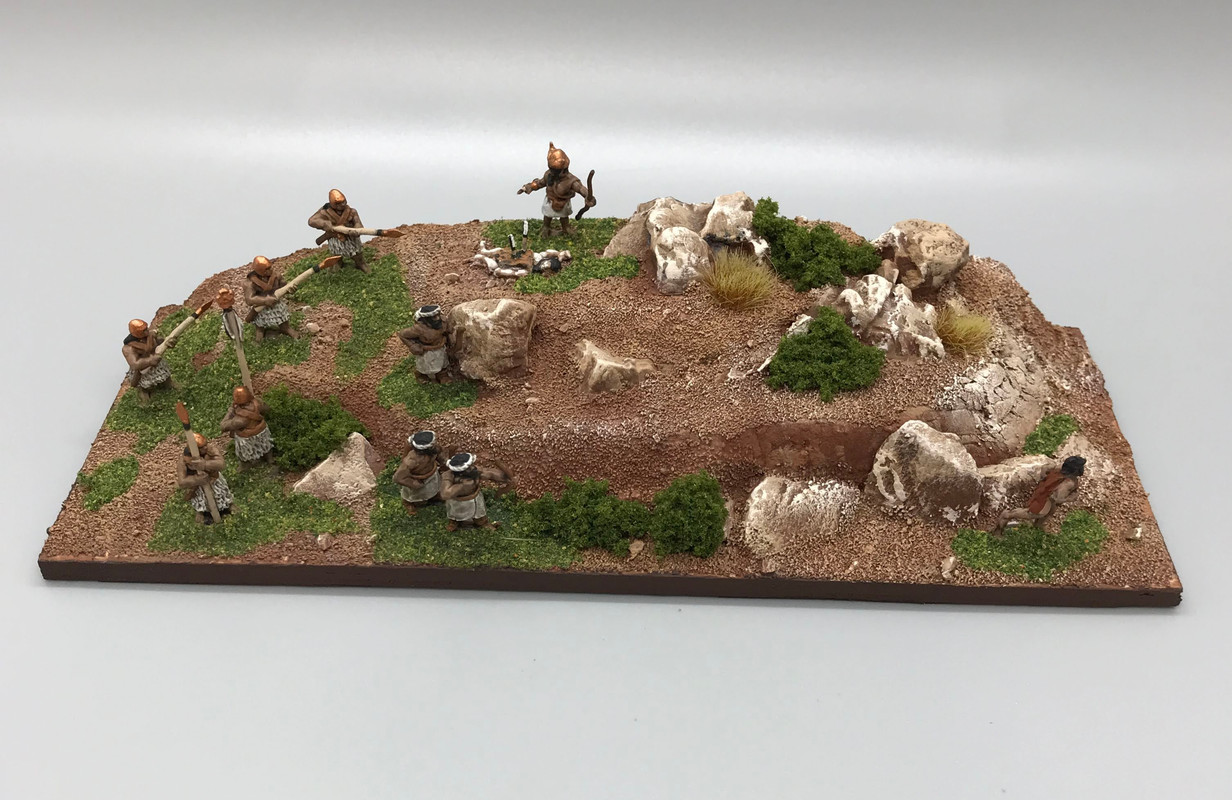 Lovely work again Paul. You keep on pumping out quality stuff. Kudos to you.