This camp in 15mm scale is intended to serve for the Ancient Libyans, Early Nine Bows Libyan, and Later Nine Bows Libyan army lists. The setting is the edge of Siwa oasis, 350 miles west of modern-day Cairo. The idea behind the camp came from this sentence about the Libyans in the WRG book Armies of the Ancient Near East (pp 116): “By the late New Kingdom they had acquired a few chariots...and large numbers of long swords of Sea Peoples types (possibly acquired from them)” .

A large animal hide tent sits at one side of the scene, because “the Libyans were nomadic herdsmen who lived in leather tents”. (Armies of the Ancient Near East, pp 13). Three warriors of the Tjemehu tribe, “light-skinned and fair-haired”, (Ibid) are gathered around a grey blanket laid out on the ground. A variety of bronze swords for sale are laid out on the blanket. Two traders, wearing clothing typical of the Sea Peoples, are on the opposite sides. A wicker-sided Sea Peoples ox cart is parked nearby.

The tent is a base of balsa wood covered by (roughly oval) paper towel strips that were soaked in a mixture of water and white/PVA glue. After drying, this was painted black then dry brushed with a variety of browns and a cream color. The palm trees are from the local craft store. The lioness head and pelt hanging from a staff was taken from a Lancashire games Libyan standard bearer. 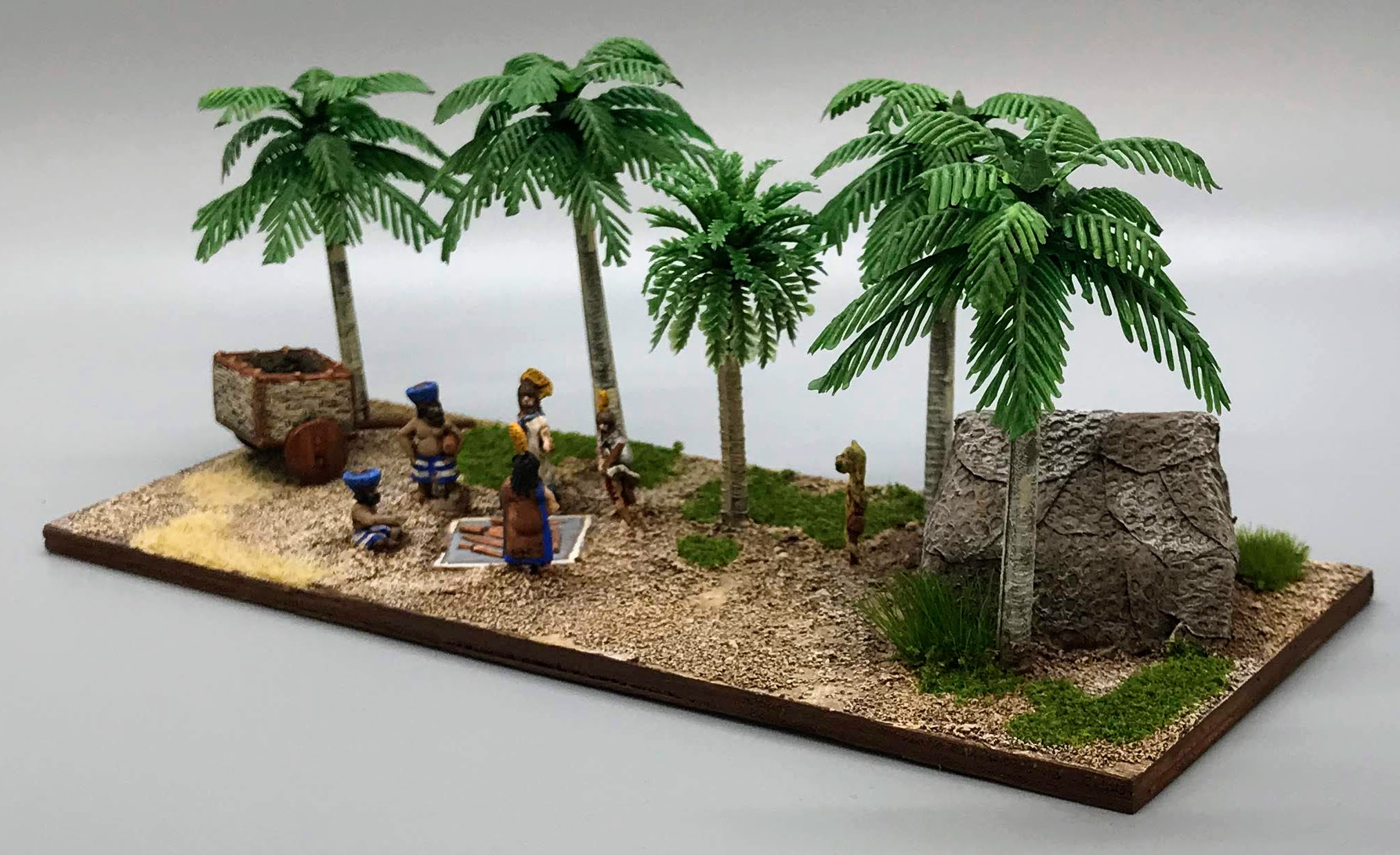 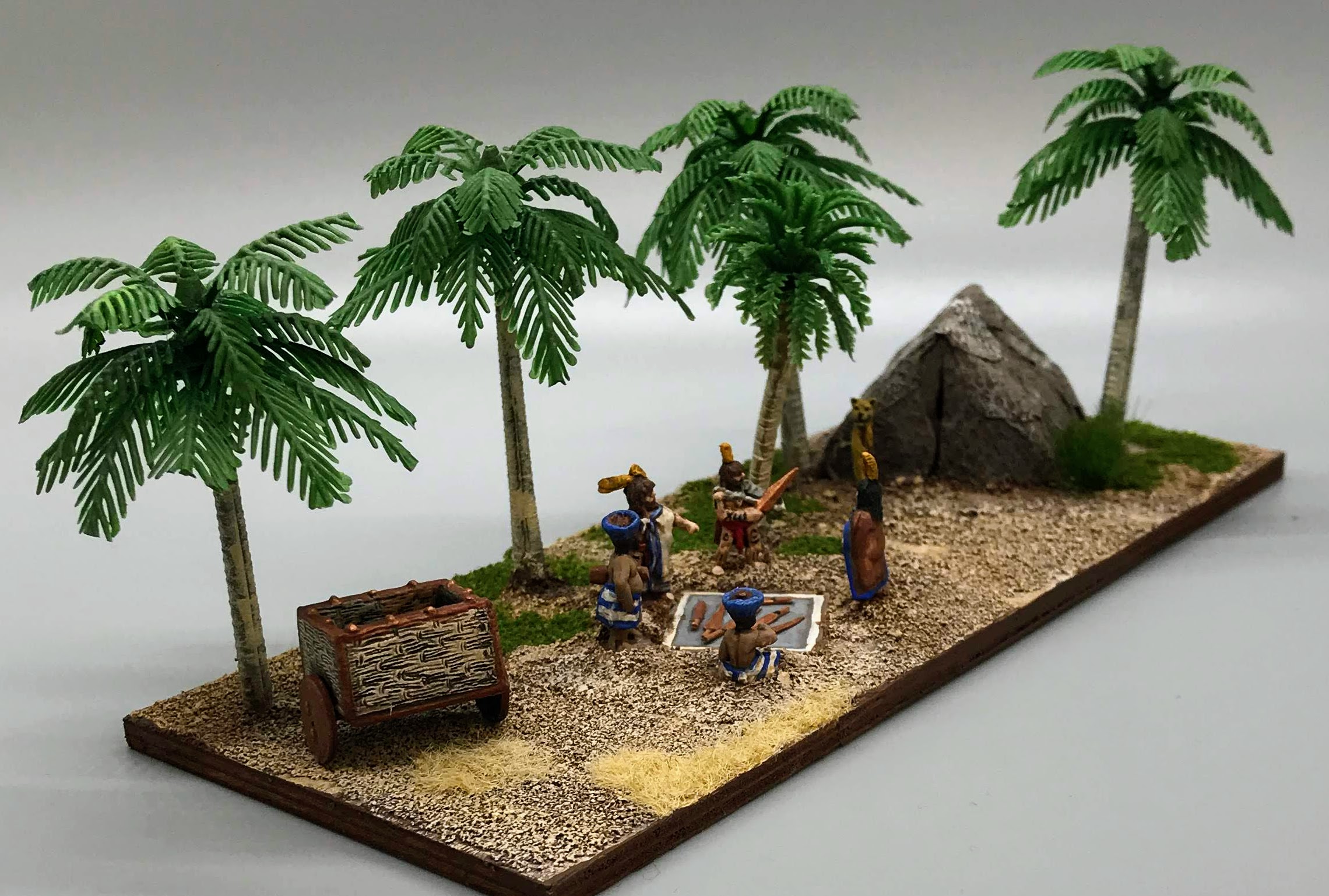