by Texus Maximus
The army is ready to paint. Four stands of Bad Horse (three of which are camels), four Raiders, one Skirmisher, and eight stands of Rabble.

by Texus Maximus
This 15mm army represents the military forces of Dilmun, an ancient civilization centered on Bahrain that served as a commercial center for trade between Sumer, the Indus Valley, and other civilizations in the region of the Persian Gulf and Mesopotamia. There are 17 stands of troops.

Details on clothing, weapons, and equipment are hard to find, but quite a few carved seals have been found that give some idea of what they looked like. There are also a few modern artistic depictions of life on the docks in Dilmun from the Bahrain National Museum.

There are four stands of Bad Horse, including three with the Battle Card “Light Camelry”. For the General’s stand, I used some Old Glory Egyptian scouts and converted them to have a simple garment draped over one shoulder. Their bows and quivers were replaced with spears. The General is a converted old Glory “Syrian City State” infantry commander. The three Light Camelry troops are all converted Essex figures from their Seleucid, Arab, and Sudan ranges. These represent warriors from Magan (or Makka) in what is now Oman and the United Arab Emirates. 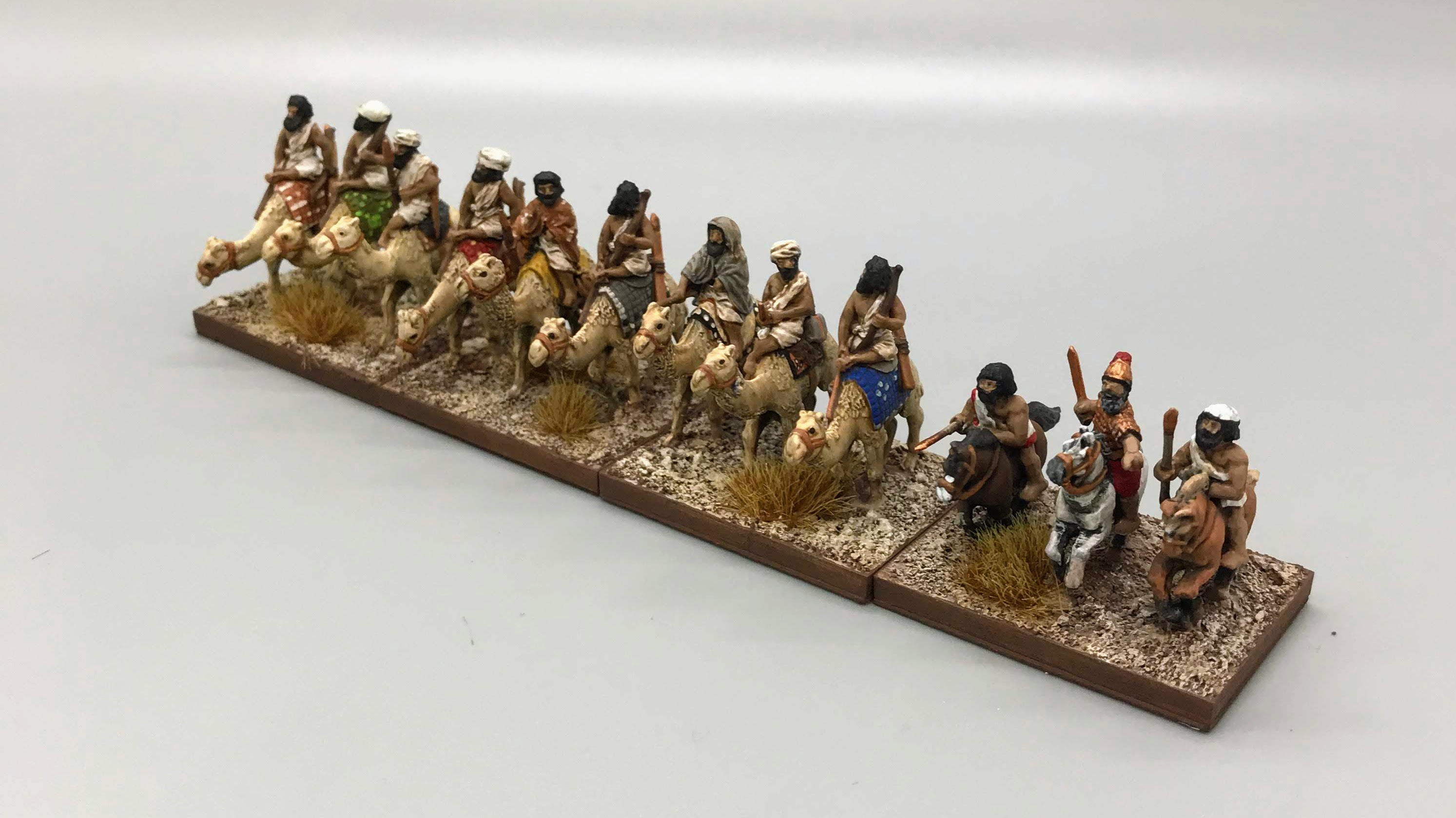 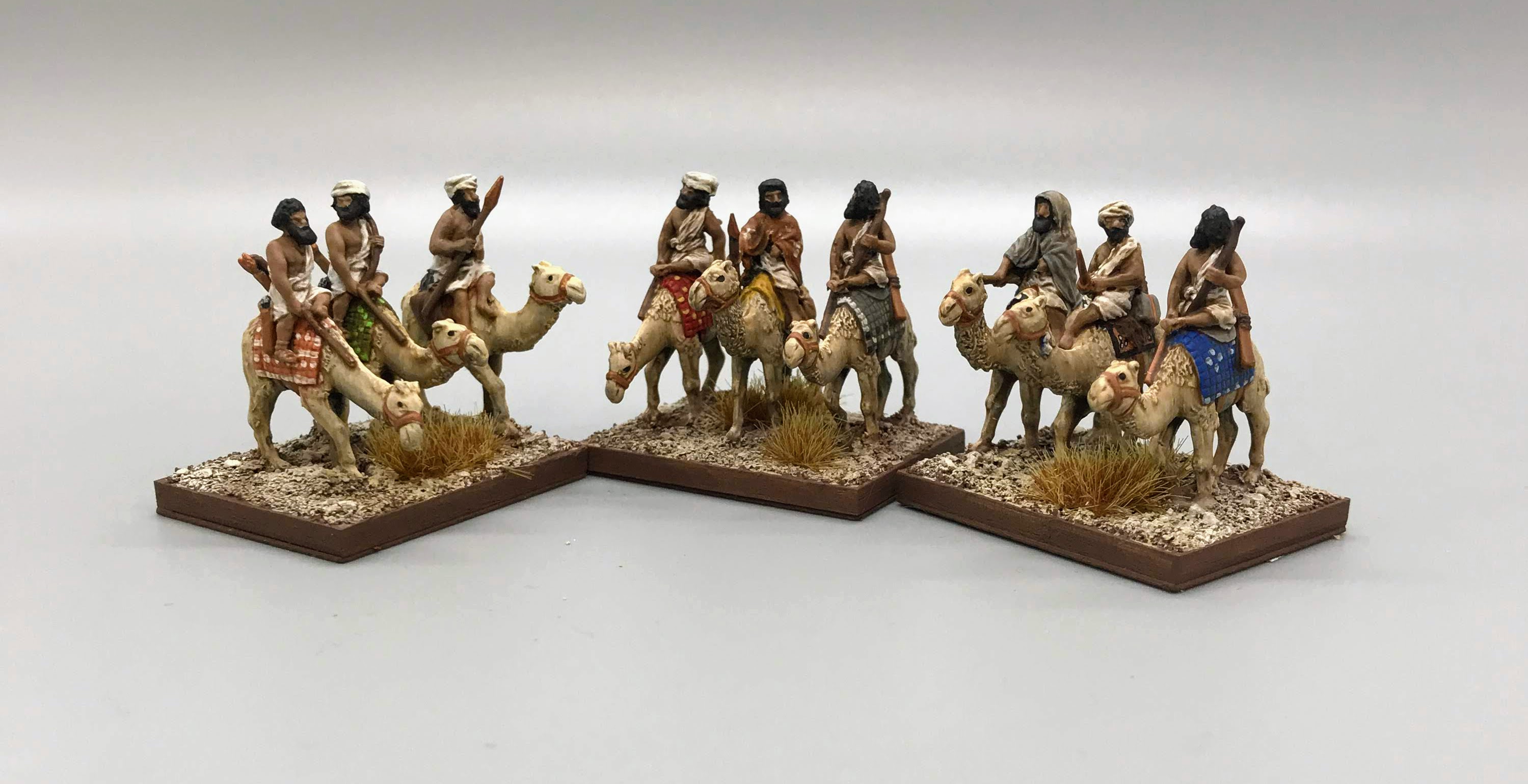 by Texus Maximus
Because Dilmun was a maritime commercial hub, I designed the eight stands of Rabble to represent drafted dock workers and sailors from around the region. They are armed with a wide variety of simple weapons and equipment. This includes goat-hide shields, javelins, clubs, throwing sticks, knives, and a few oars. 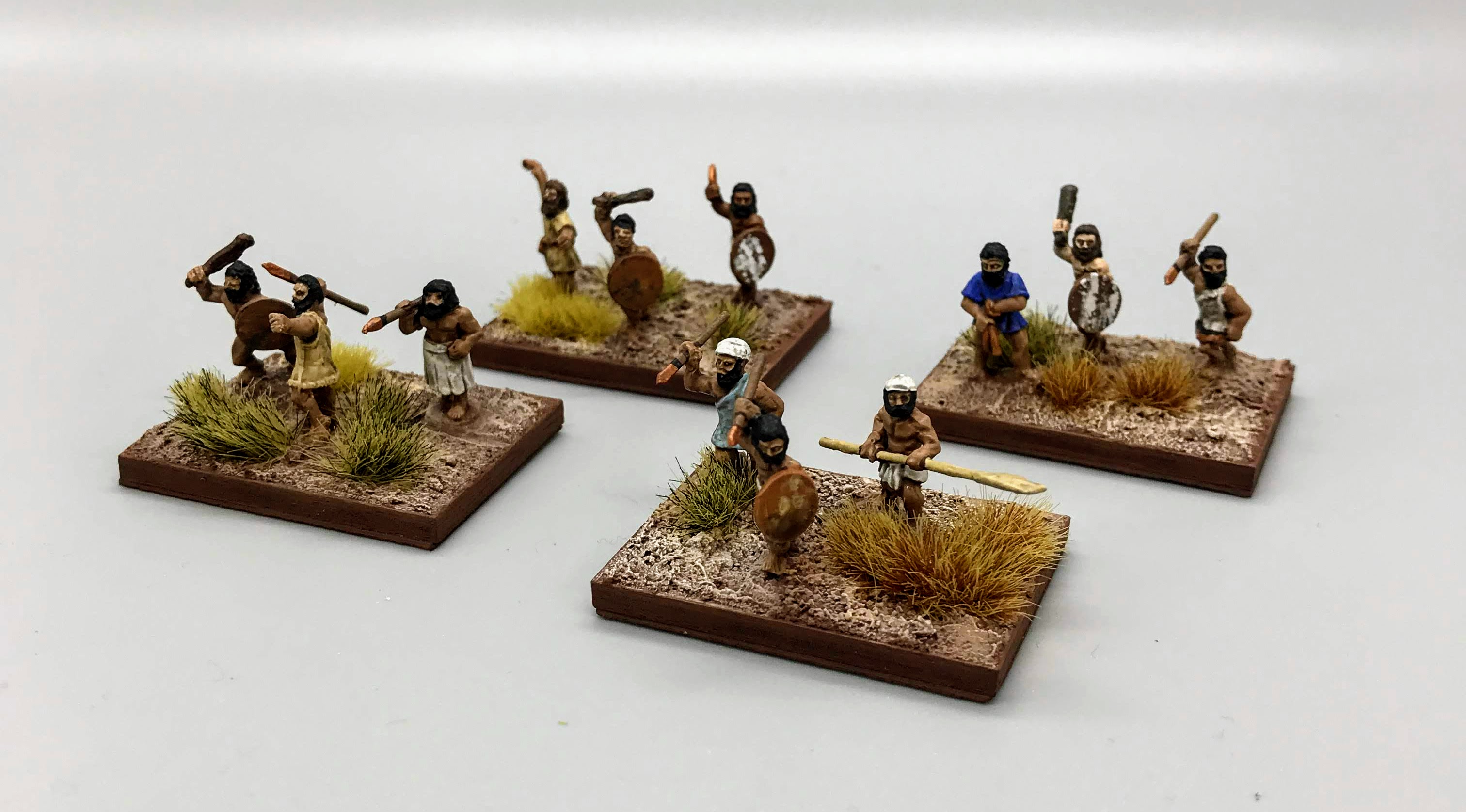 The four Raiders are converted Old Glory Classical Indians. Their equipment is based on carved stamp seals that show what could be tall, narrow, rectangular shields. Most of the figures had beards added and/or headgear based on evidence available from seals, modern reconstructions, and a clay bearded figure wearing a kind of pillbox hat recovered from the Barbar temple excavations. Some of the shields depicted on the seals have a triangular pattern or spikes at the top and bottom of the shield, but I opted for simpler goat-hide coverings. 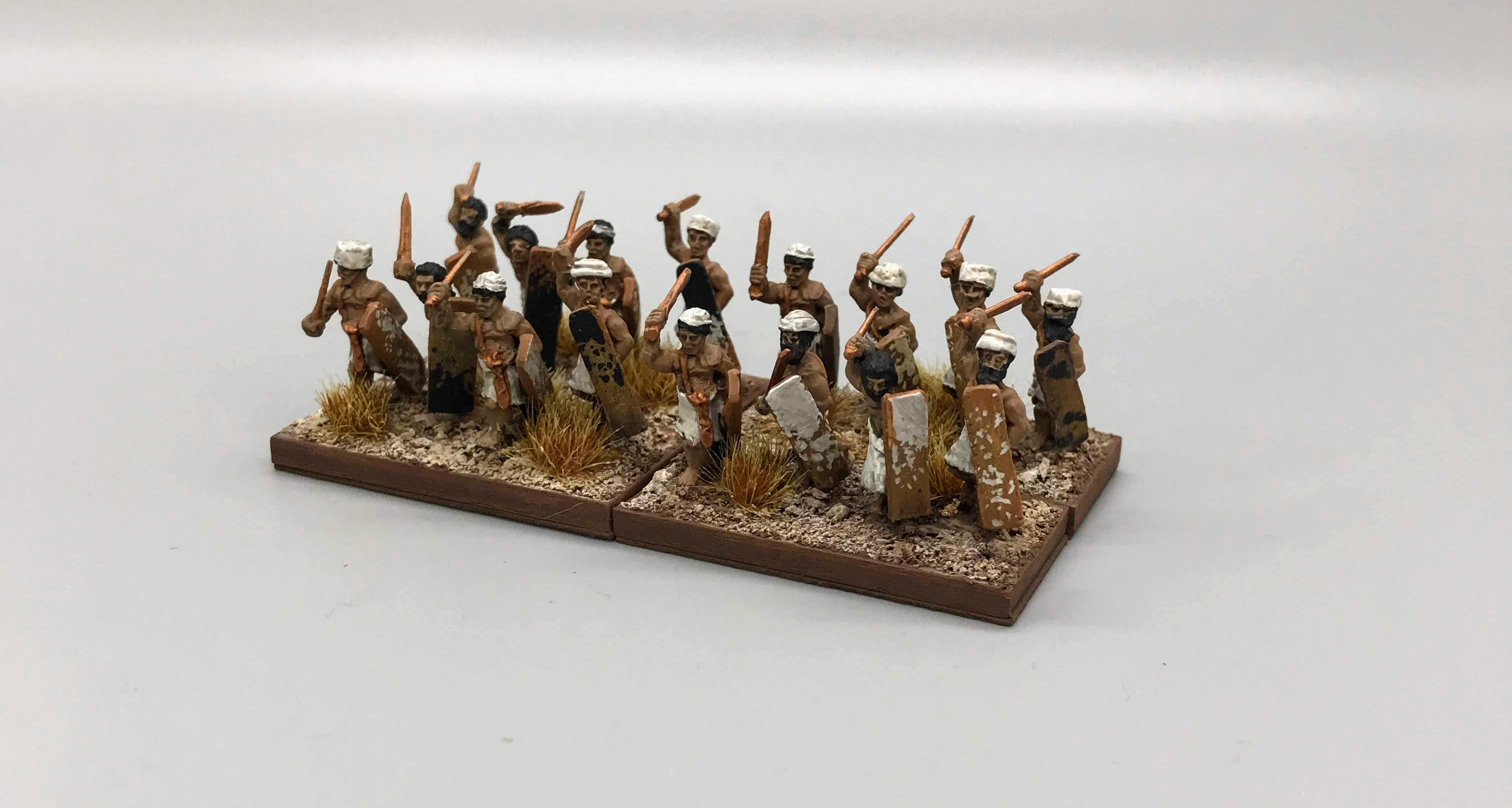 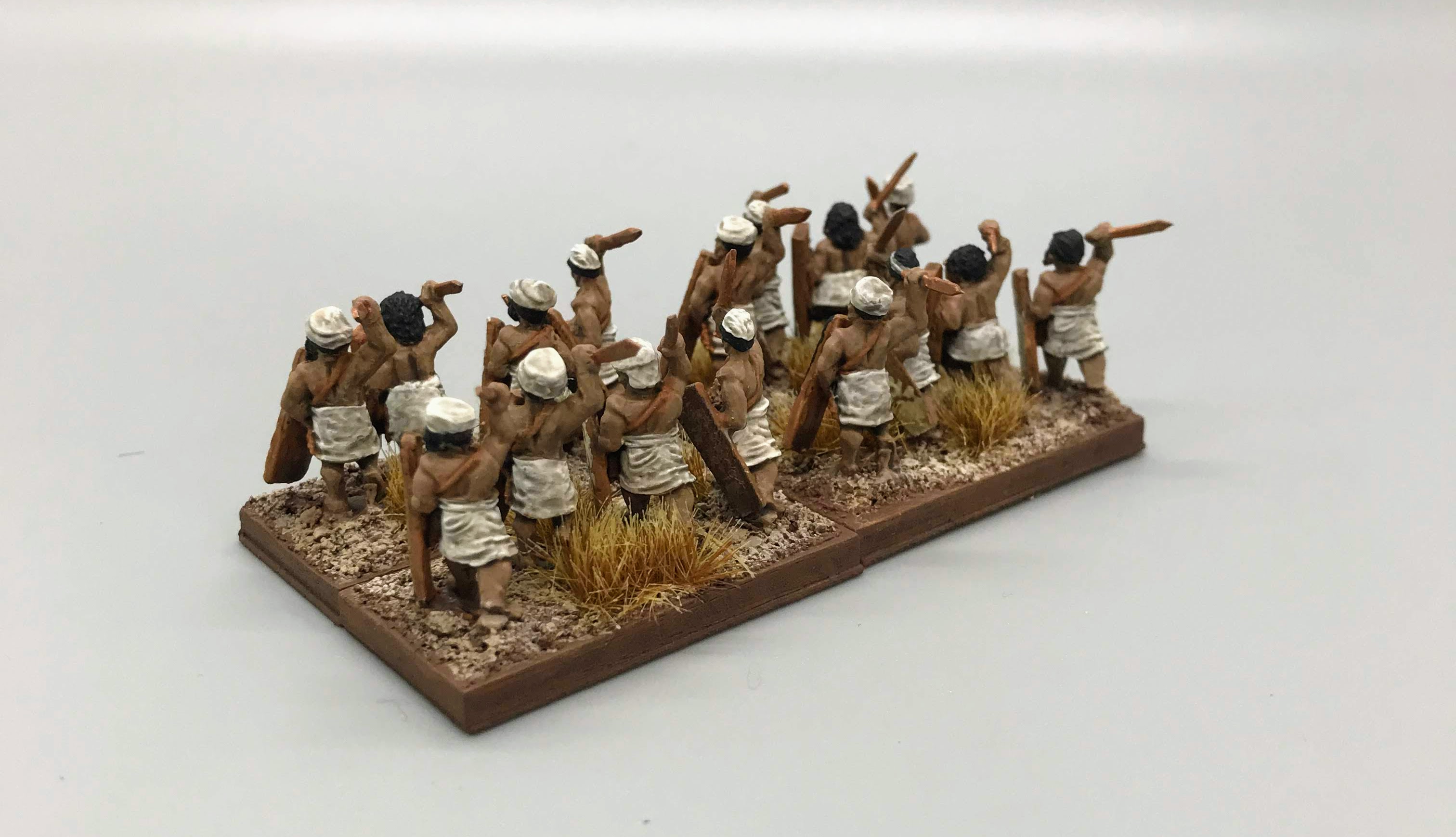 MacLean and Insoll. An Archaeological Guide to Bahrain. Archaeopress, 2011

by markleslie4
Lovely work on , for me, a distant and obscure subject I'll likely never get around to exploring myself.

The camp(?), looks as if it is well down the road to being exceptional.

by Texus Maximus
I did a few pieces of scatter terrain for the battlefield. 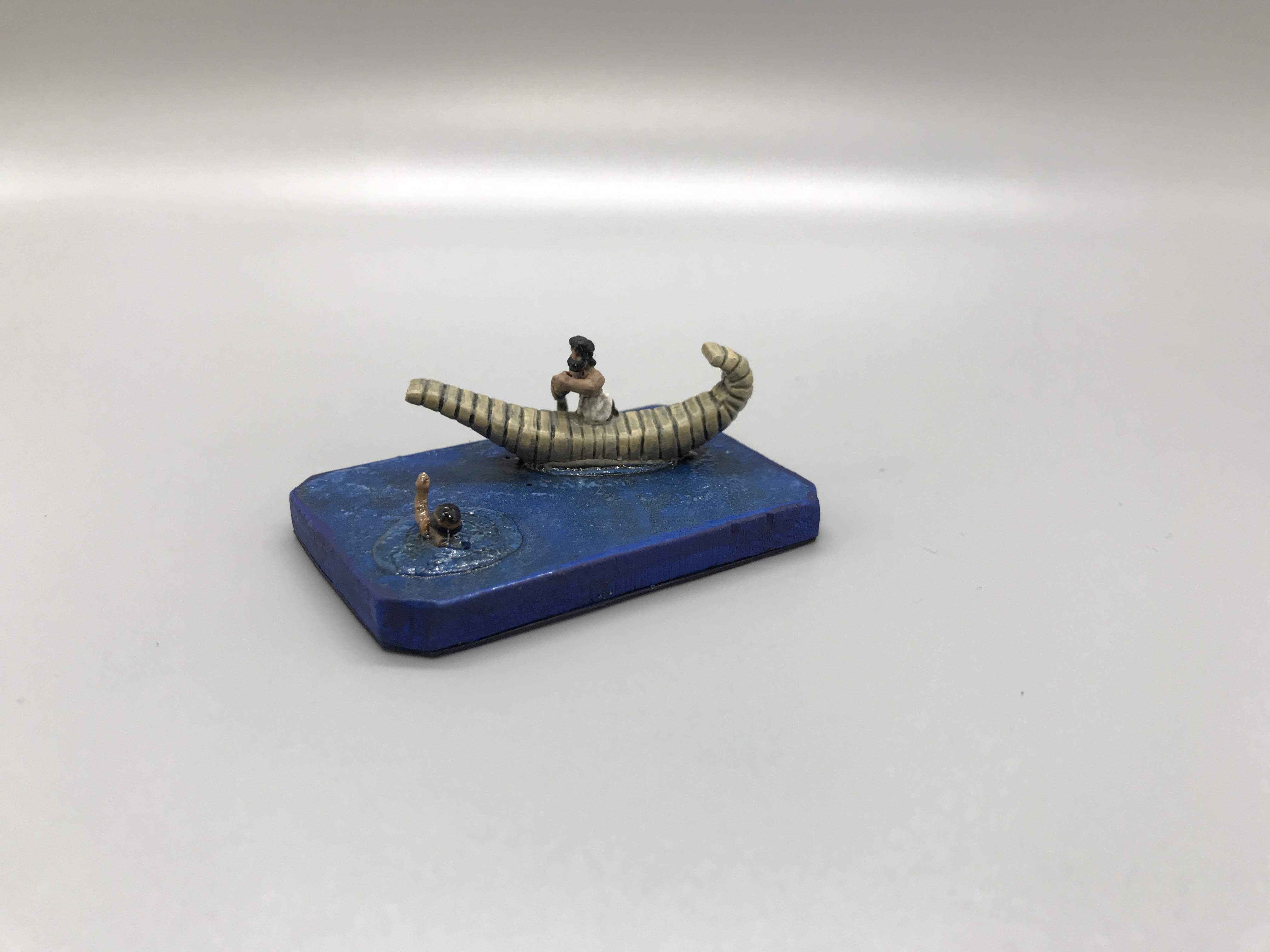 One of the distinctive burial mounds that are found in vast areas of the rural landscape in Bahrain. There are an estimated 350,000 grave mounds, dating back to the Dilmun and Umm al-Nar eras. This model was carved out of blue insulation foam. 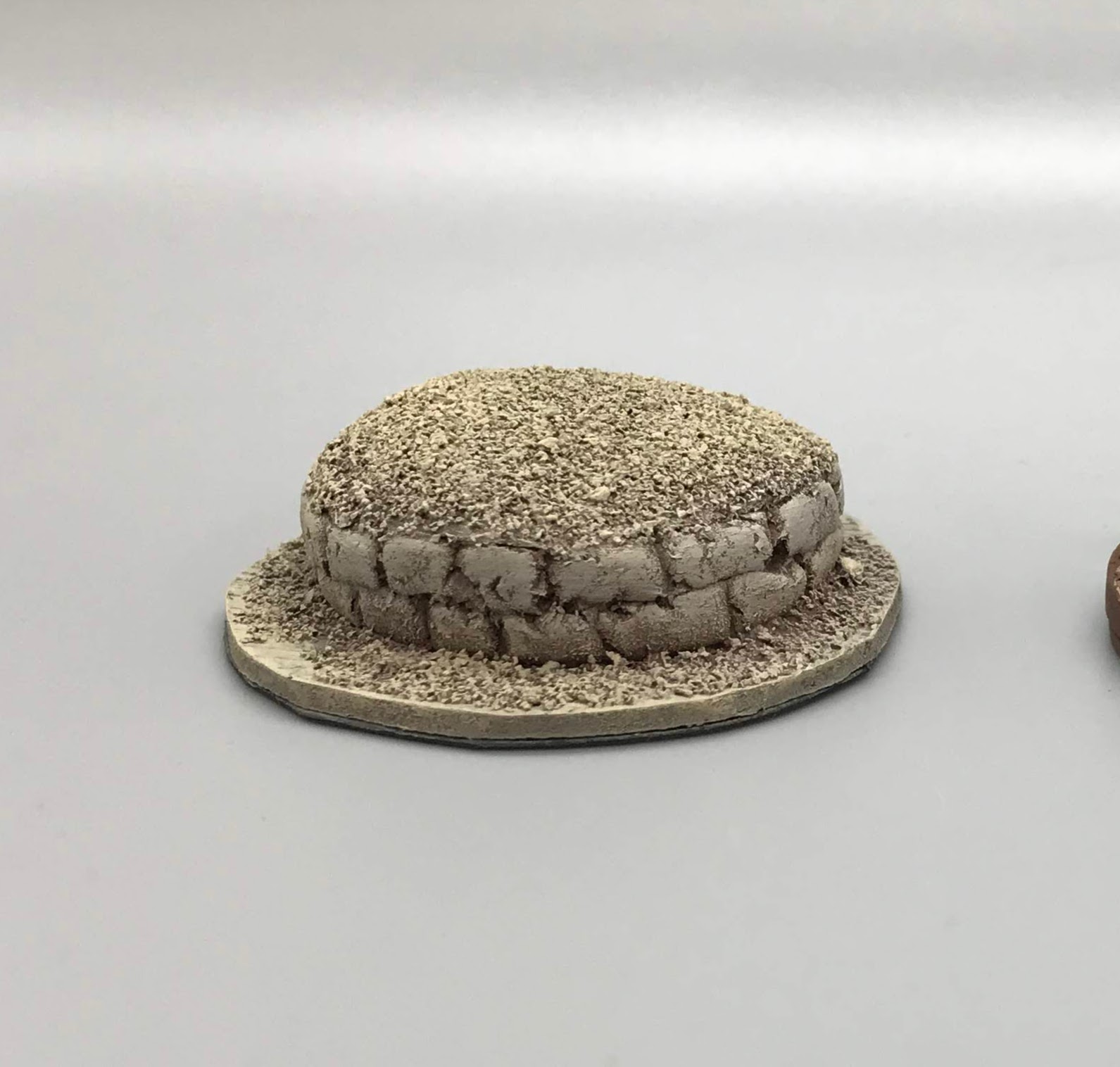 Two traders bearing goods to or from the port. Figures are converted Old Glory ancient artillerymen. The donkeys are old Essex figures with suitable long ears added with Green Stuff. 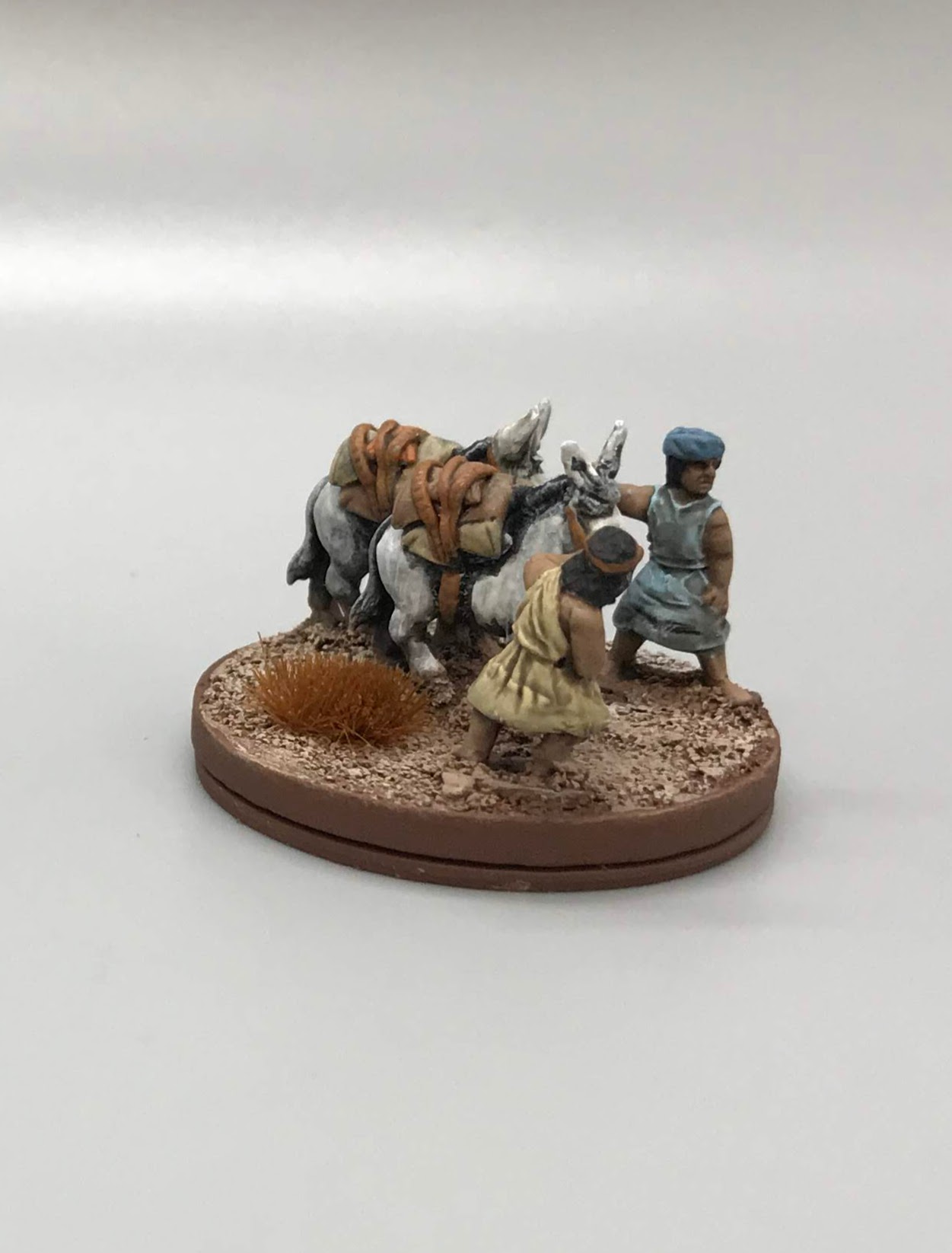 by Bill Hupp
Wow! Very evocative.
All times are UTC
Page 1 of 1