These Libyans are based on the illustrations found in Osprey’s “Army of the Pharaohs” and a wall painting in the tomb of Seti I. The command stand (Warband) and Skirmishers are Old Glory figures. The Rabble stand ( only 18 more to go!) has a Khurasan figure in the middle and two Eureka figures. 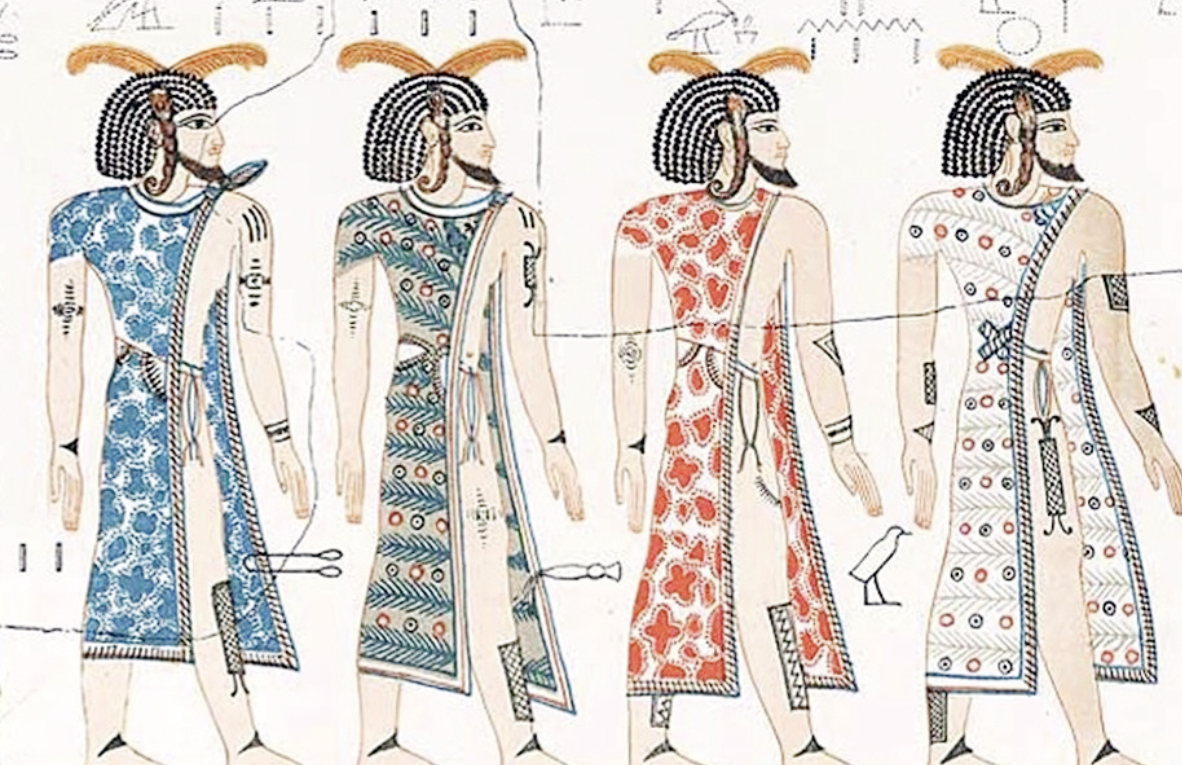 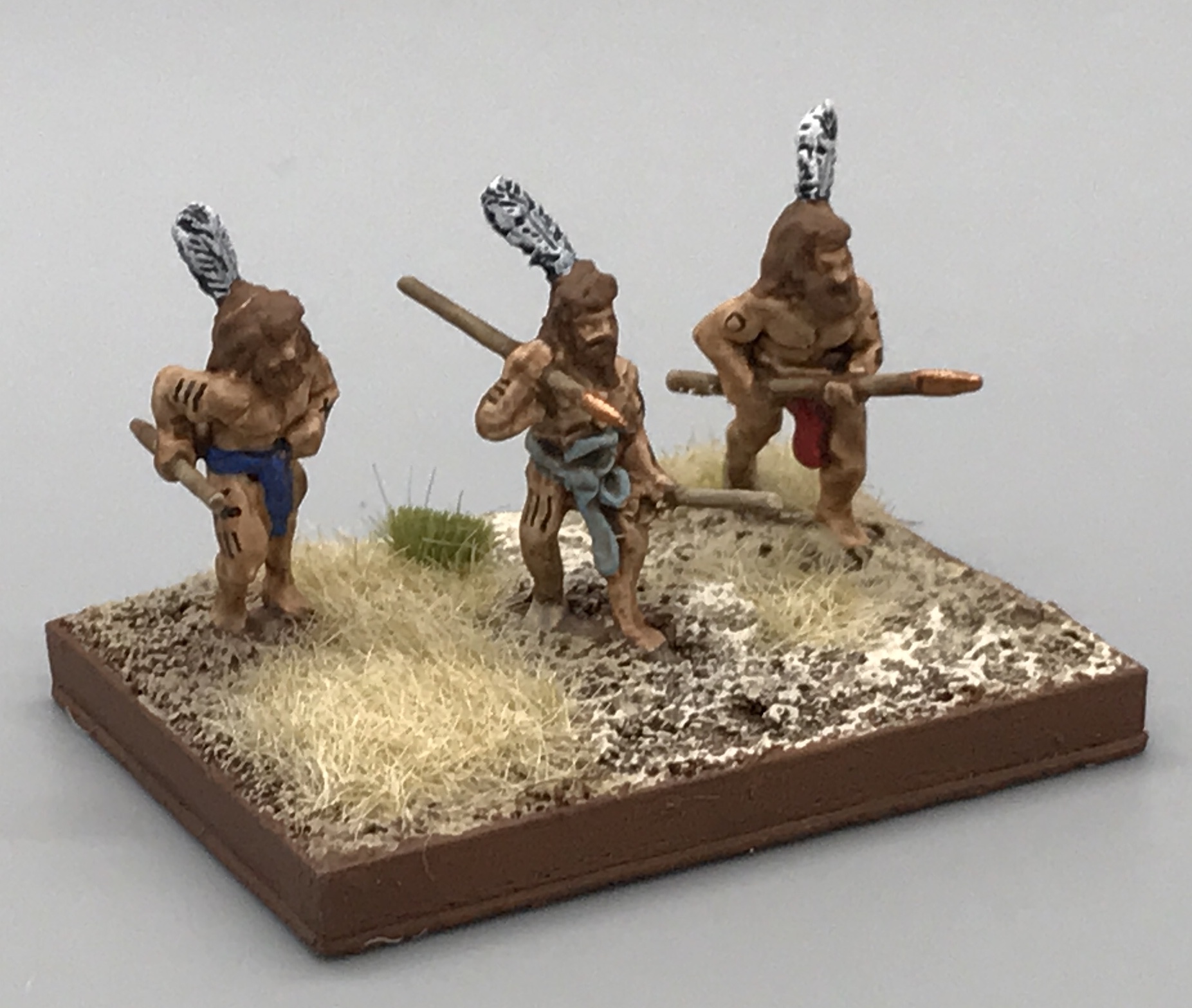 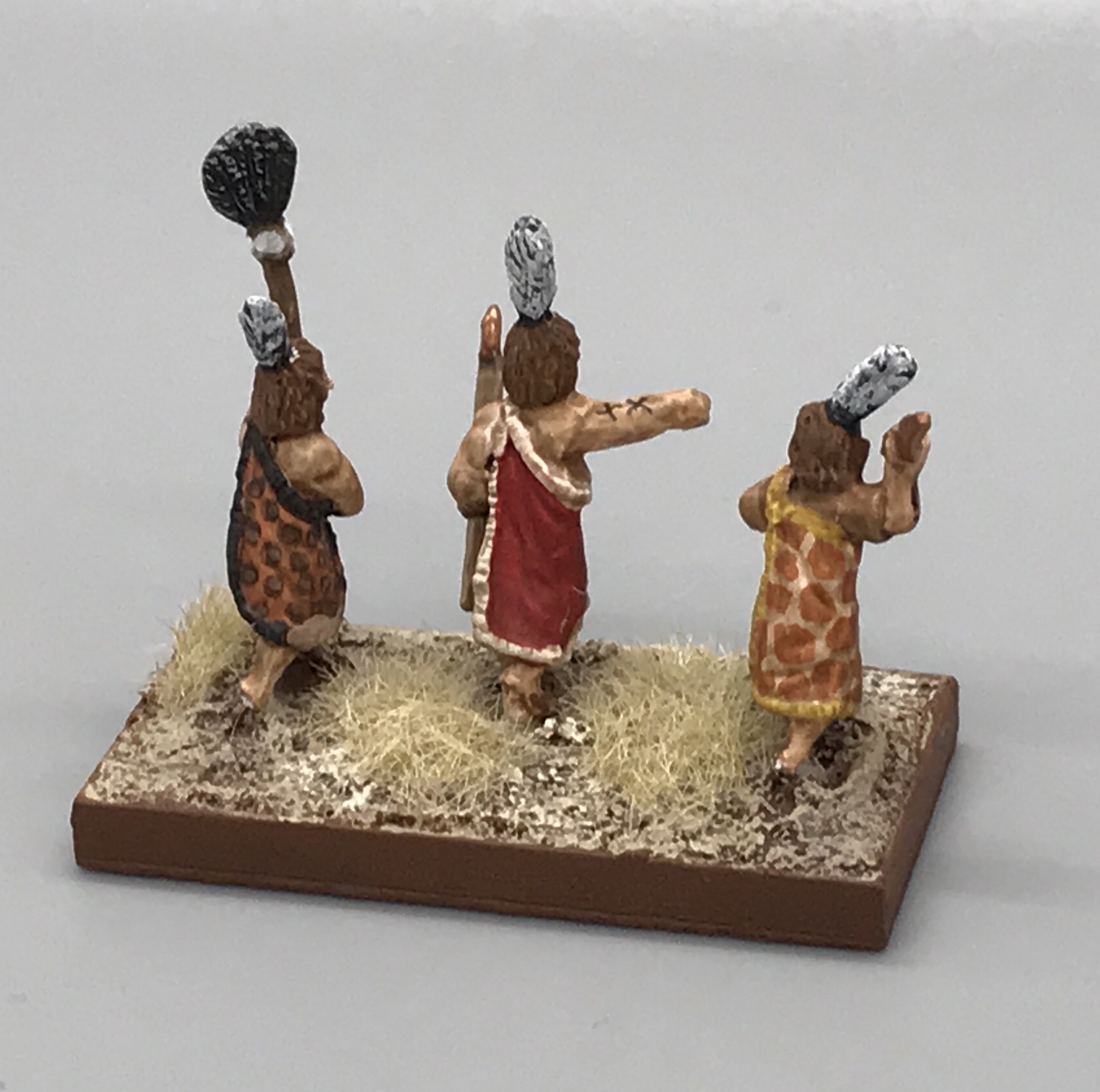 Eighteen stands of Rabble. All the conversions are complete and the first coat of paint applied. 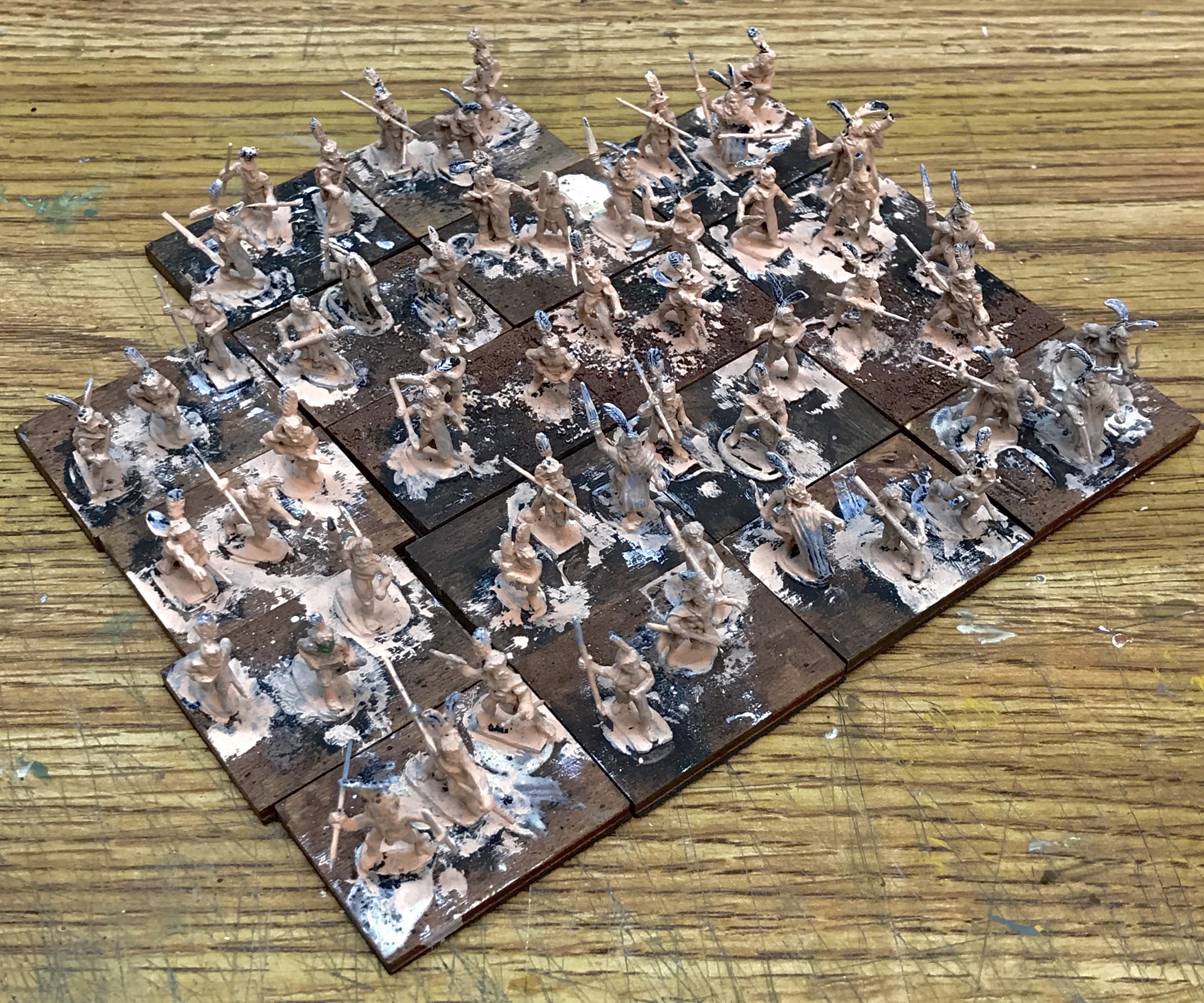 Those look fantastic and will be a blast to play!
Top

Rabble are a hoot to play!
Top

Closer views of some of the stands. 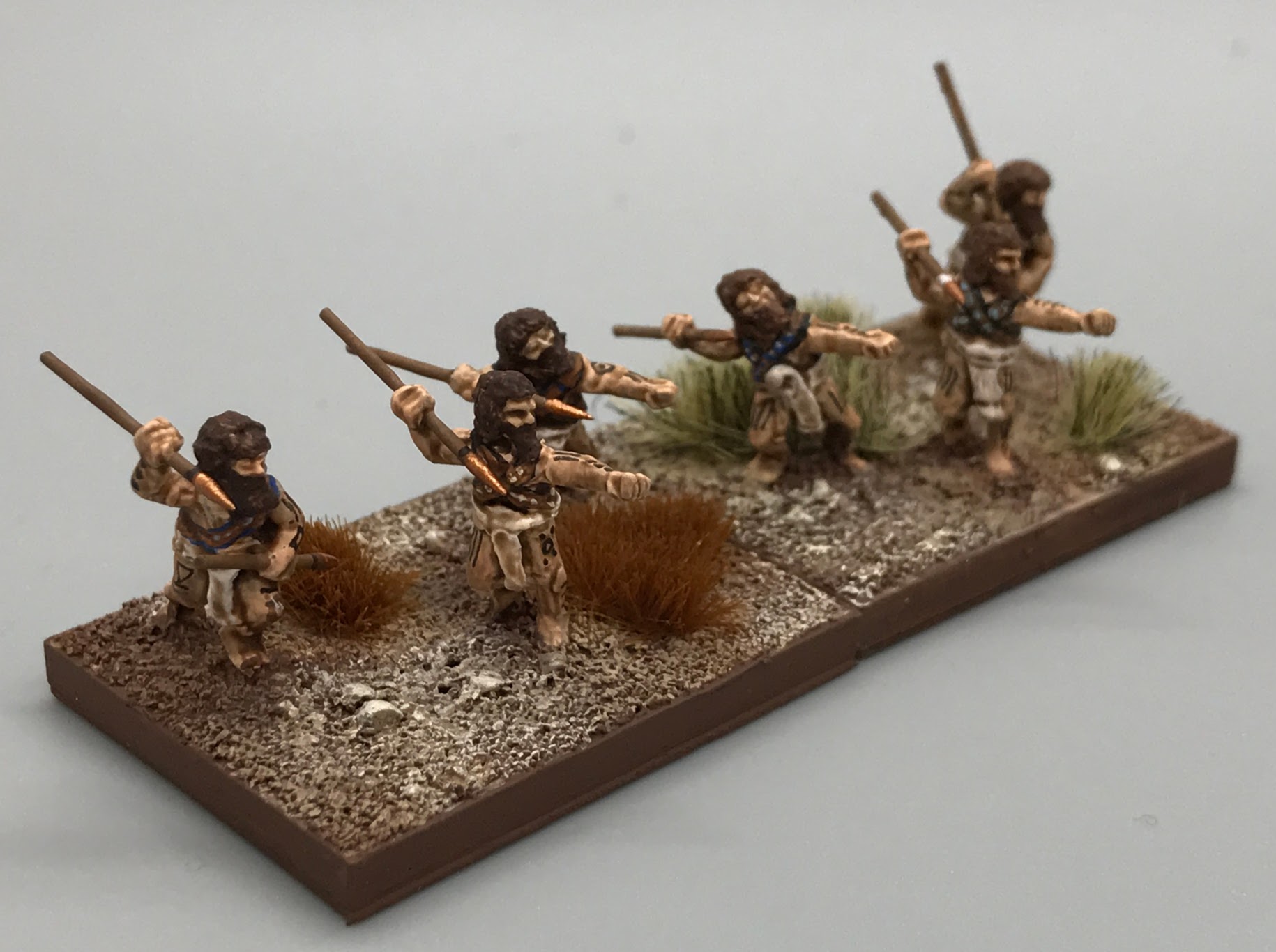 Tattoos were done with a black Micron pen.
Top