My Amorite/Amurru army in various states of completion. This army has five Light Foot, six Rabble, three Skirmishers, and three Archers. The Light Foot are Blue Moon native figures that I am converting. They are bigger than most normal 15mm figures, which is good for this army because they were reputed to be giants!

The command stand is Old Glory figures, on pieces of balsa to raise them up to the same height. It still needs some work to hide the extra pieces.

All the rest of the figures are Old Glory which will have a few simple conversions.

I am including a picture of a Blue Moon native and what it looks like after conversion.

The chariot is for the later version of the Amorite forces.

The camp is an old one (originally a Greek shepherd, a stone hut, and sheep) that I am changing up. It will have more sheep and some Amorite camp followers herding them. 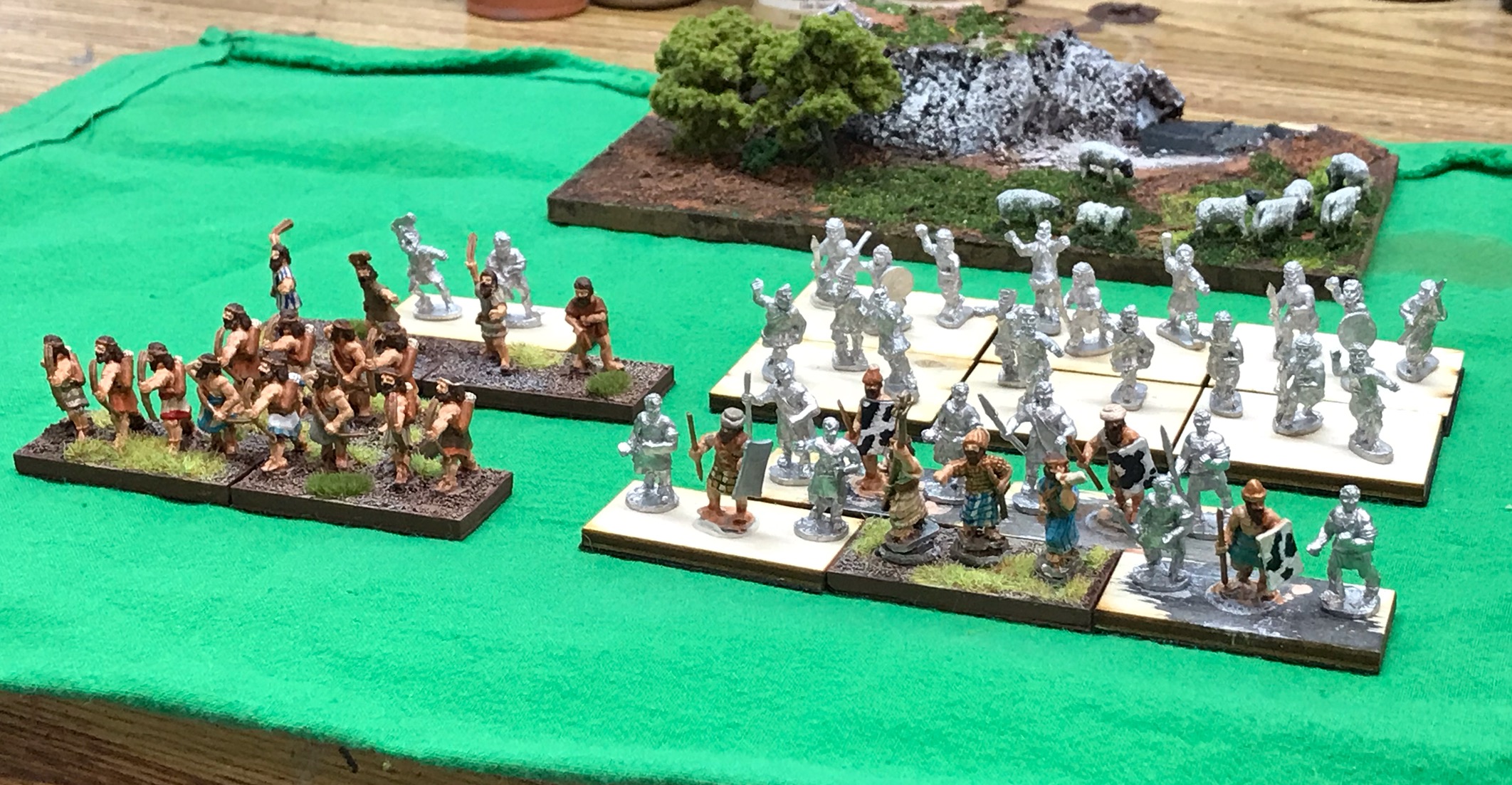 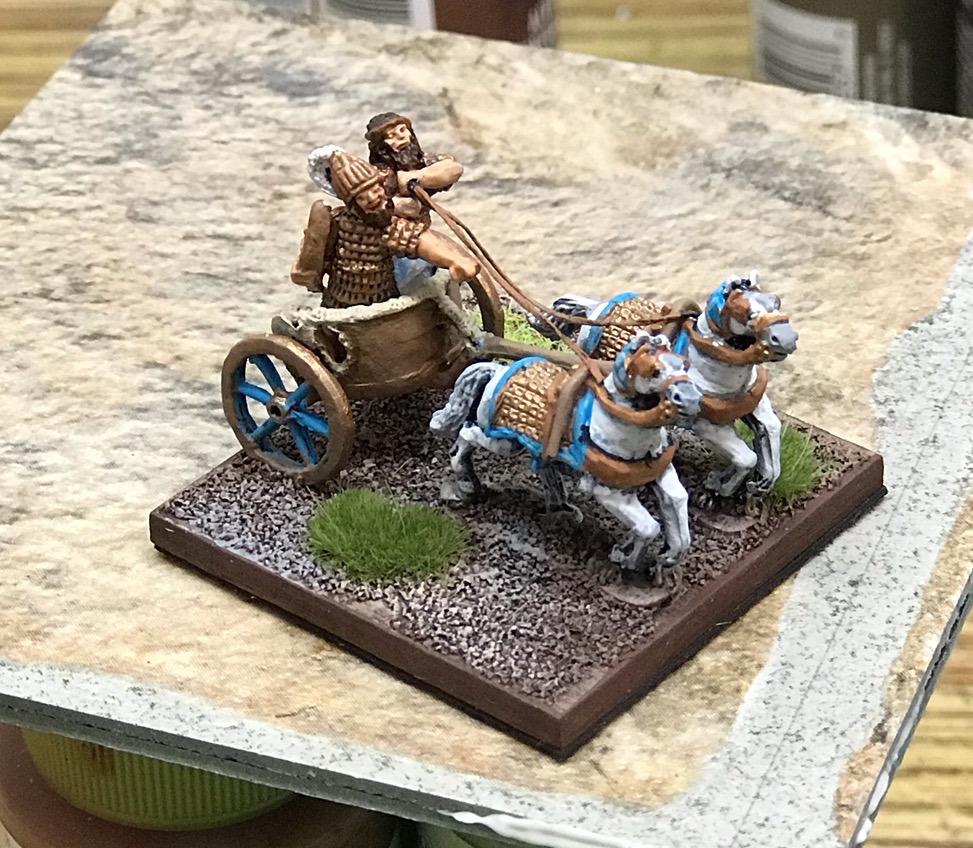 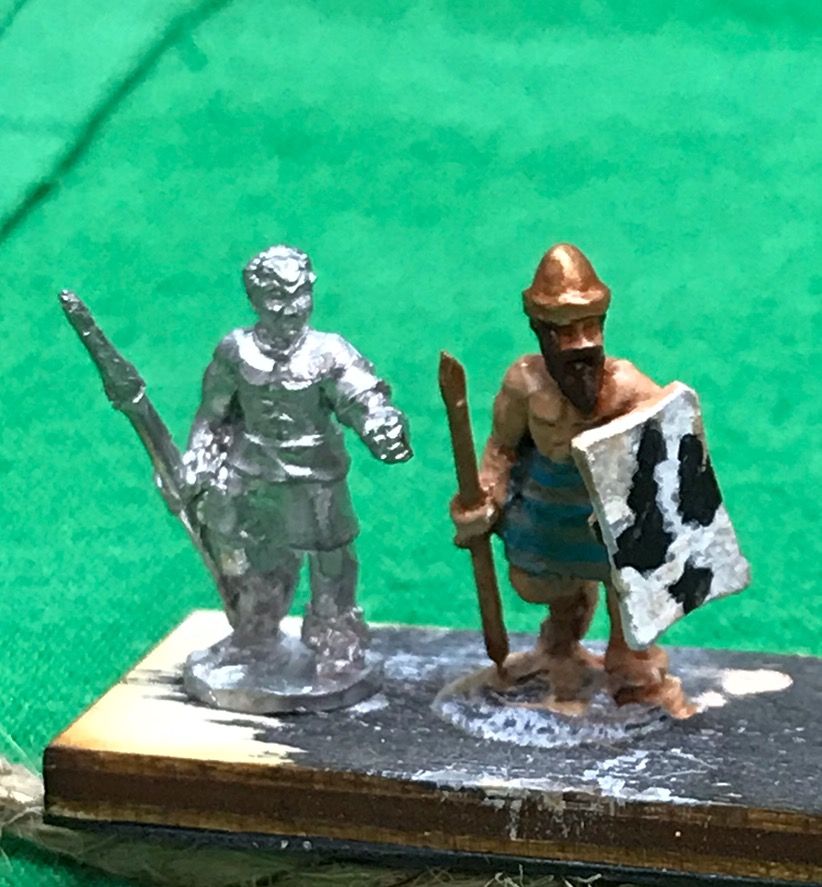 All the conversions for this army are done; here are six stands of Rabble ready for painting. The miniatures are all Old Glory figures from their Amorite and Canaanite packs. The cast spears were all cut away and replaced with .03 inch styrene rod. Helmets, hats, beards, crossbelts, and other details were added with GreenStuff. 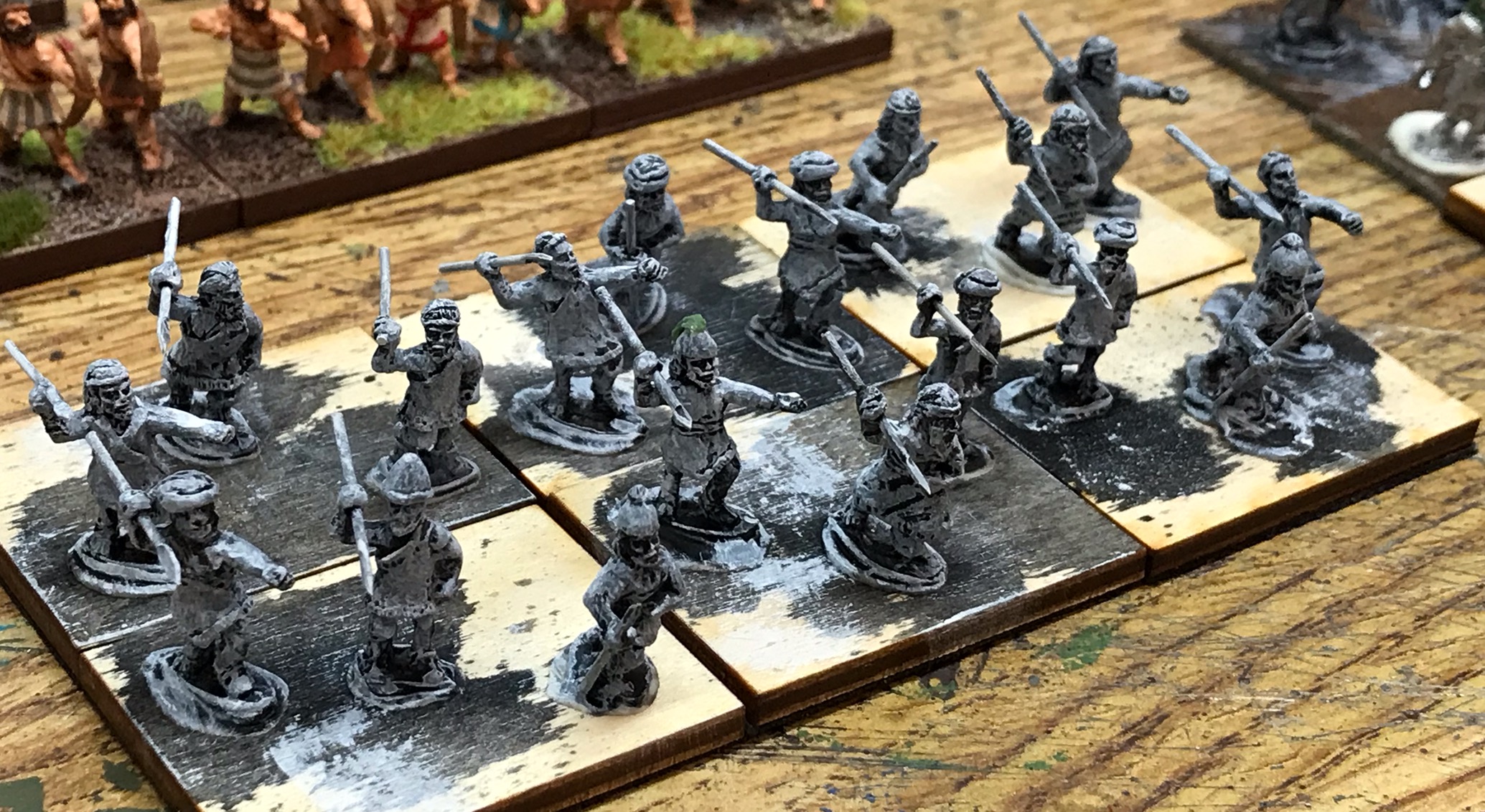 Great progress. Any estimate of time you put in on all those conversions?
Bill Hupp
Thistle & Rose Miniatures
Top

I probably took me 10 minutes per figure. Cutting and filing off the Zulu-style ankle fringe on all the Blue Moon figures was the most tedious part. I got fast at adding beards to the figures and can now do one in 2-3 minutes. So, total time spent converting was about ten hours.
Top

The Nomadic Amurru army is complete. 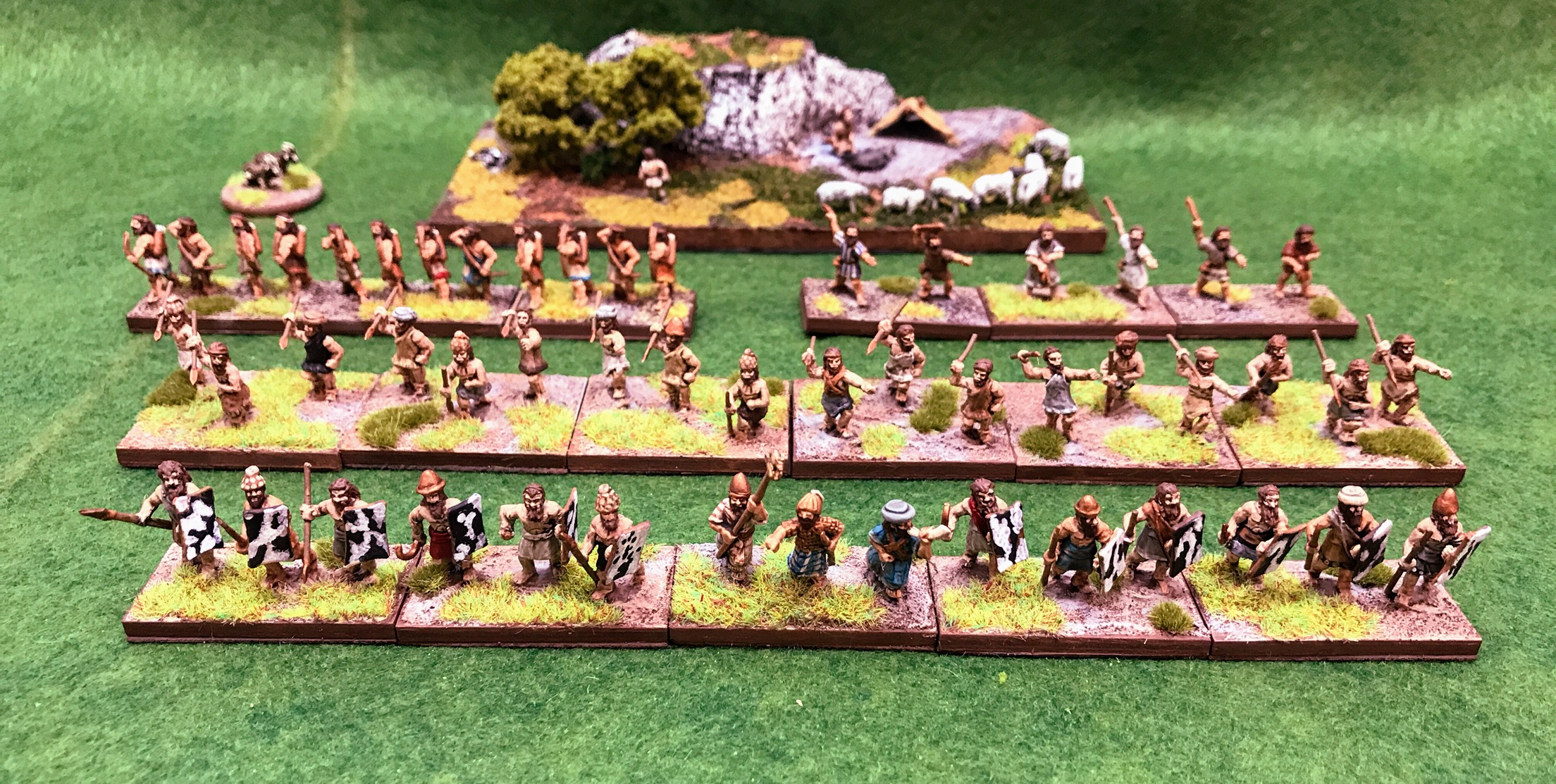 A lot of effort with worthwhile results. Well done!
Top

Fantastic work Paul. All of the extra effort certainly paid off!