The camp is complete. I will post a few more photos of this camp under the Camp section of the forum.

One more item of scatter terrain for this army. A villager has found a place to hide from the highlander raiders. 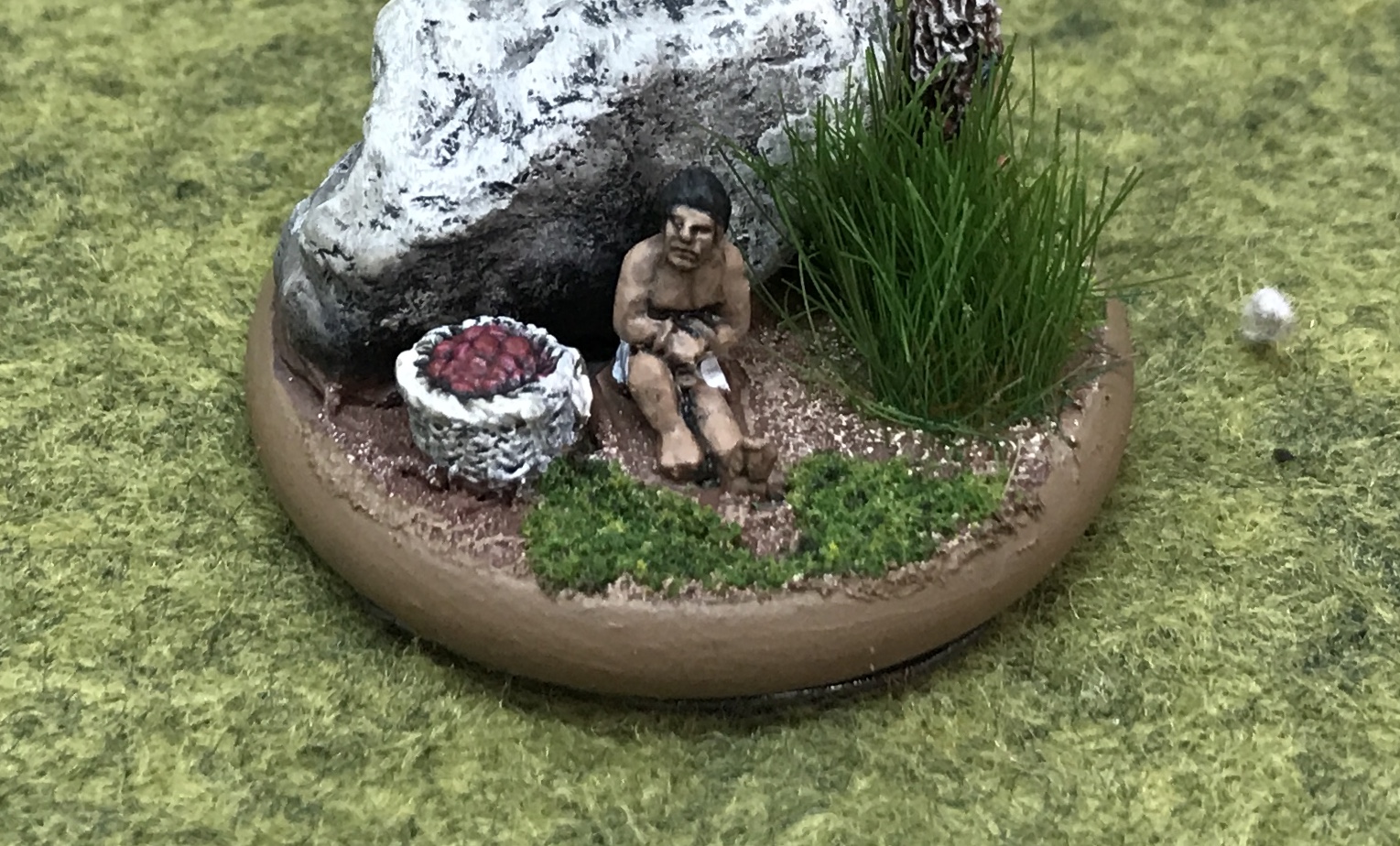 But no! Enlil brought the Gutians out of the mountains like hordes of locusts! Their arms are stretched out like a snare for animals; nothing leaves their arms; no one escapes their arms! 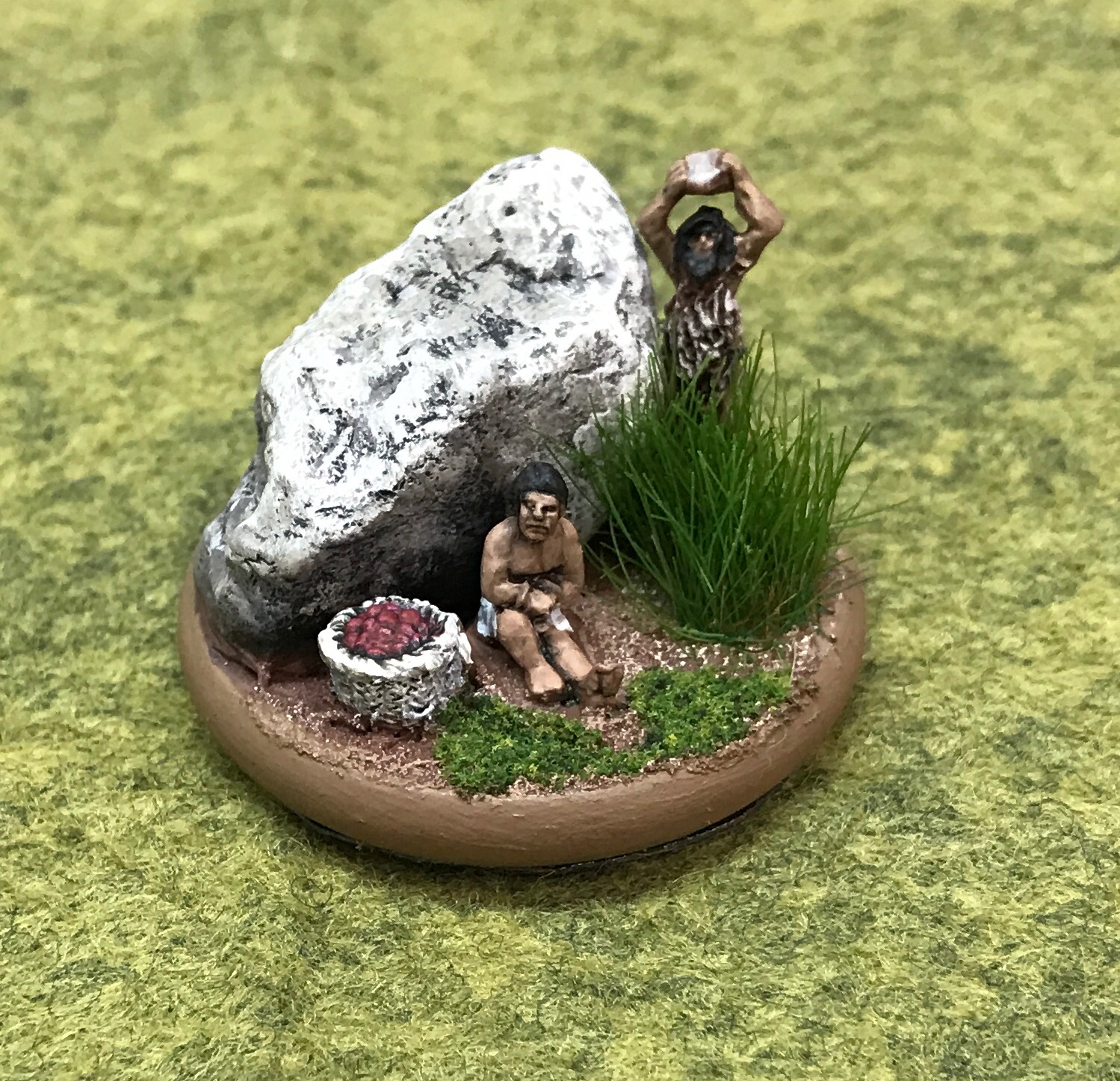 A little dark, but hey, no one likes a hoarder!
Thief. Reaver. Slayer.
Top

The 2019 publication of findings about an ancient city in Iraqi Kurdistan, believed to be the capital of the Lullubi people, has changed my perception of this army. They appear to have been literate in several languages, involved in regional trade, built with fitted stone,and had extensive agriculture. So I pulled the two stands of barbaric Raiders out of this army and have replaced them with more civilized troops.

The Raider stand, with general, is equipped and clothed as seen on the Annubani rock reliefs from 2300 B.C. They have cloth kilts, flat caps or simple helmets, and are equipped with bows and axes. Figures are converted Eureka Sumerians.

The two Light Foot have a mix of clothing, reflecting a status somewhere between the city dwellers and the poorly-equipped mountaineers. These figures are converted Old Glory Berbers.