Great!
Can't wait to do our round here with the guys.

Thanks for all the inspiration!

Did a small „upgrade“ on the map I want to use: 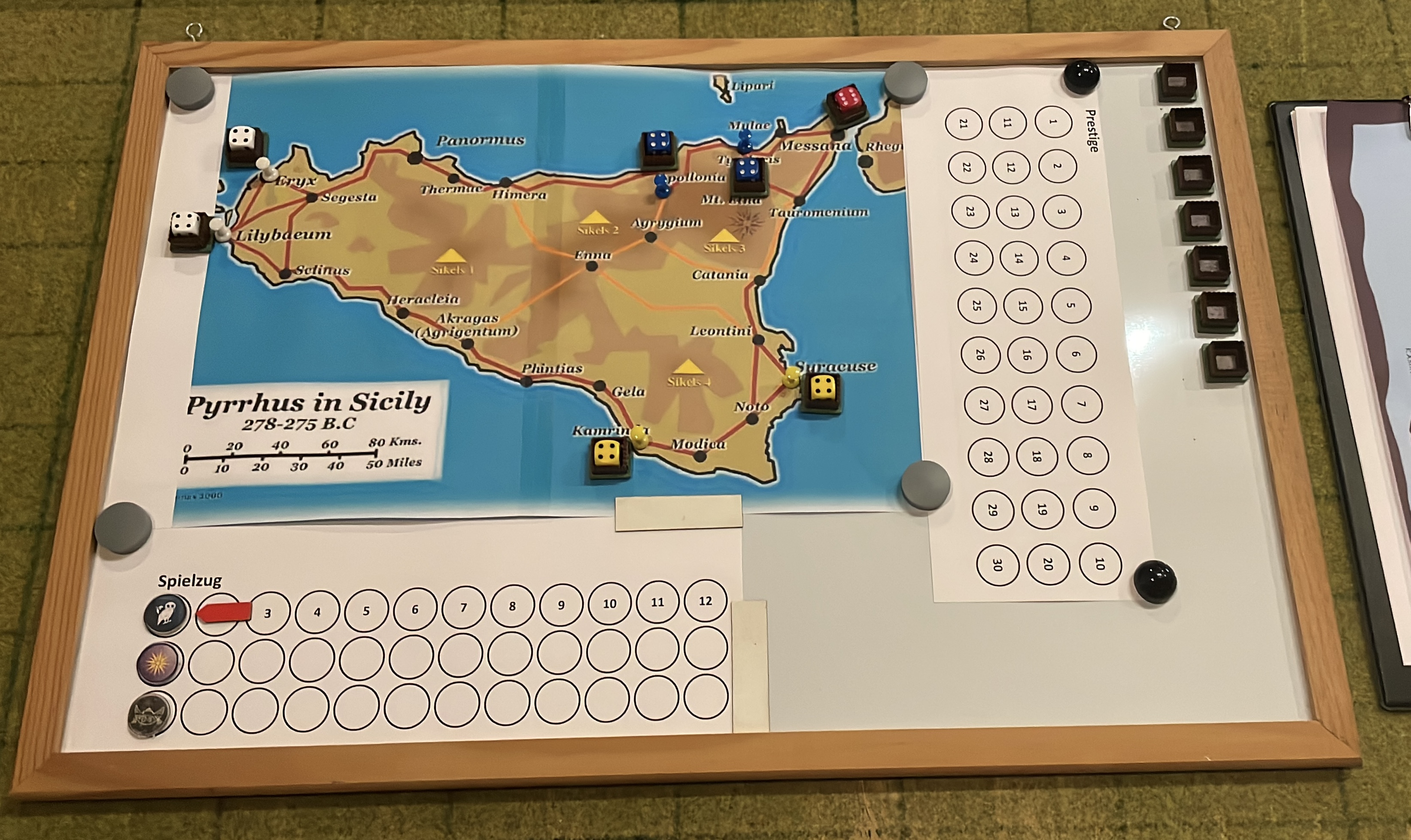 
And I have a question according the victory conditions: do you only check the prestige points the players have at the end? Or do you also add in the values of the garrisons the players have in the different cities (geographical influence

We didn't add garrison points to our final prestige point count.
This was because we wanted the main focus of our campaign to be fighting battles.
If players could stash their prestige points in city garrisons, then I think the campaign would shift to focusing on sieges, not battles.
That said, these campaign ideas were very much a throw-together system so feel free to count garrisons if you want.

Good point!
Thanks for the answer...

There is plenty of room for tweaking the rules to suit what you want in a campaign.
We had a ton of extra ideas to add but in the end, decided to keep it simple.

We found the following things in our 1st play-through of the campaign.

1) Most of the time players were strapped for prestige points and had to balance where they spent them.
Be it, saving them up to win, installing garrisons or improving their chances of raising fresh troops.
This I believe was a good thing as it forced players to fight battles to gain prestige. Not get sidetracked building garrisons and big armies.
2) Due to time & cost we found garrisons were best placed only in Key cities where they could block lines of march and supply.
3) Most of our games had large win margins (eg 18-9, 16-6 etc). So the loser generally lost all of their prestige points. In a strange way, this helped balance the campaign. A player with a weak/beaten army generally had no prestige points. Someone with no prestige points wasn't worth picking a fight with. Especially if you had points to lose and they didn't.

I think we are going to move to Spain (Punic wars) for our next run-through.

Keen to hear how your campaign goes and about any chances/adds you would make to improve the rules.

Return to “Campaigns and Battle Scenarios”