I am working on the last couple of Thistle & Rose figures/armies - reading and tyring to put together armies for Scotland and Ireland and border wars. I have been looking at the Scots Common, Medieval Irish and Isles and Highlands army lists.

Although Flodden Fields in 1513 is just outside the end dates on Meshwesh, any thoughts on army composition? Or on border armies even before that time?

Here is a list of the later period figures I am trying to place.

I was lucky enough to be able to find some nicely painted Bluidie Sharks on eBay. 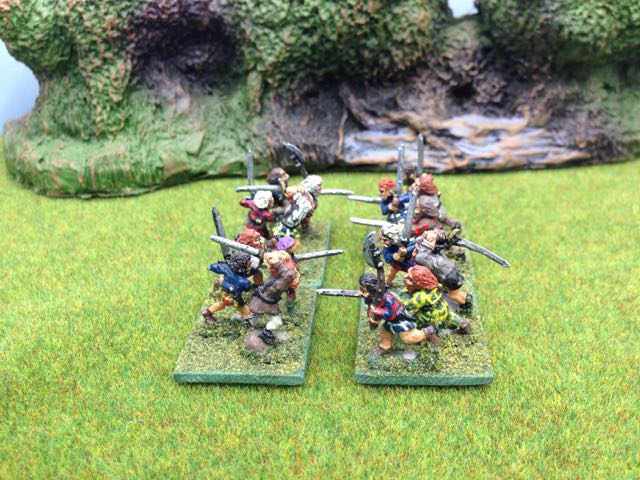